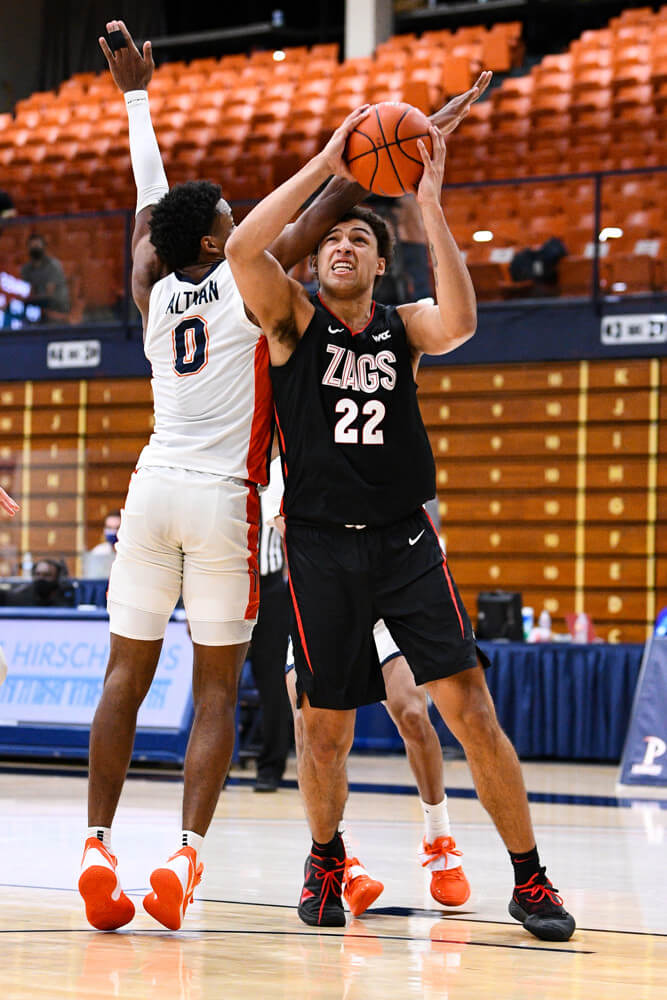 It’s down to the final duel in NCAA Men’s Basketball tonight, as the Gonzaga Bulldogs and the Baylor Bears face off. The two were among the top two teams all season, with the Bulldogs going undefeated all the way. The stage is set for a final March Madness battle that is certain to give basketball fans and sports gamblers a lot to talk about.

The Bulldogs are close to becoming the first Division I men’s basketball team to go undefeated since the 1975-76 season. That was when the Indiana Hoosiers went all the way through without stopping, collecting a national championship to finish 32-0 on the season. Several other schools have gone undefeated, but fell during March Madness.

Gonzaga might also become the first team outside the Power Conference to pick up a national title since the UNLV Rebels did it for the Big West Conference in 1990. Four years ago, the Bulldogs had a deep run, making it to the final game before losing. Now, they’re doing everything they can to make history.

The Bulldogs have beaten the Bears every time they’ve met on the court. They missed a reunion this season due to COVID-19 issues, making their 2019 NCAA Tournament battle the last time they played. Now, Gonzaga is looking to add win number six to the list.

Corey Kispert is going to be key for the Bulldogs. The forward, in his last year at the school, is averaging 18.8 points per game (ppg) and is shooting 53.3%. Earlier in the season, he was able to hit most of his shots from beyond the paint, but now just averages approximately 44.4%. Under and around the rim, Drew Timme is tough to beat, and these two are going to be key to the Bulldogs’ success.

Bears Have A Shot

The Bears have struggled over the years, but have continuously seen deep playoff runs. None, however, as deep as this one. They have eight March Madness appearances in 11 years, with a recent Sweet Sixteen appearance in 2017. Baylor has never captured a title and is just as fierce on the court this year as Gonzaga.

Defending well is going to be key for the Bears to stop the Bulldogs. Gonzaga excels at scoring in transition and working the slots under the basket. If Baylor is going to win, it has to slow Gonzaga down by picking up more rebounds and defending the shot clock. This will deny Gonzaga’s attempts to control the clock and maintain a high offensive tempo.

The Bulldogs are getting the majority of the support from oddsmakers, with Unibet giving them -200 on the line; the Bears are getting +160. Gonzaga is only getting 4.5 points, an indication that everyone expects this to be a tight game. There’s little doubt that it will be, either. The Over/Under sits at 158.5 and taking the Over at -114 is a safe bet. Both of these teams are ready to do some damage and show off their offenses, even though Gonzaga is likely to emerge victorious.