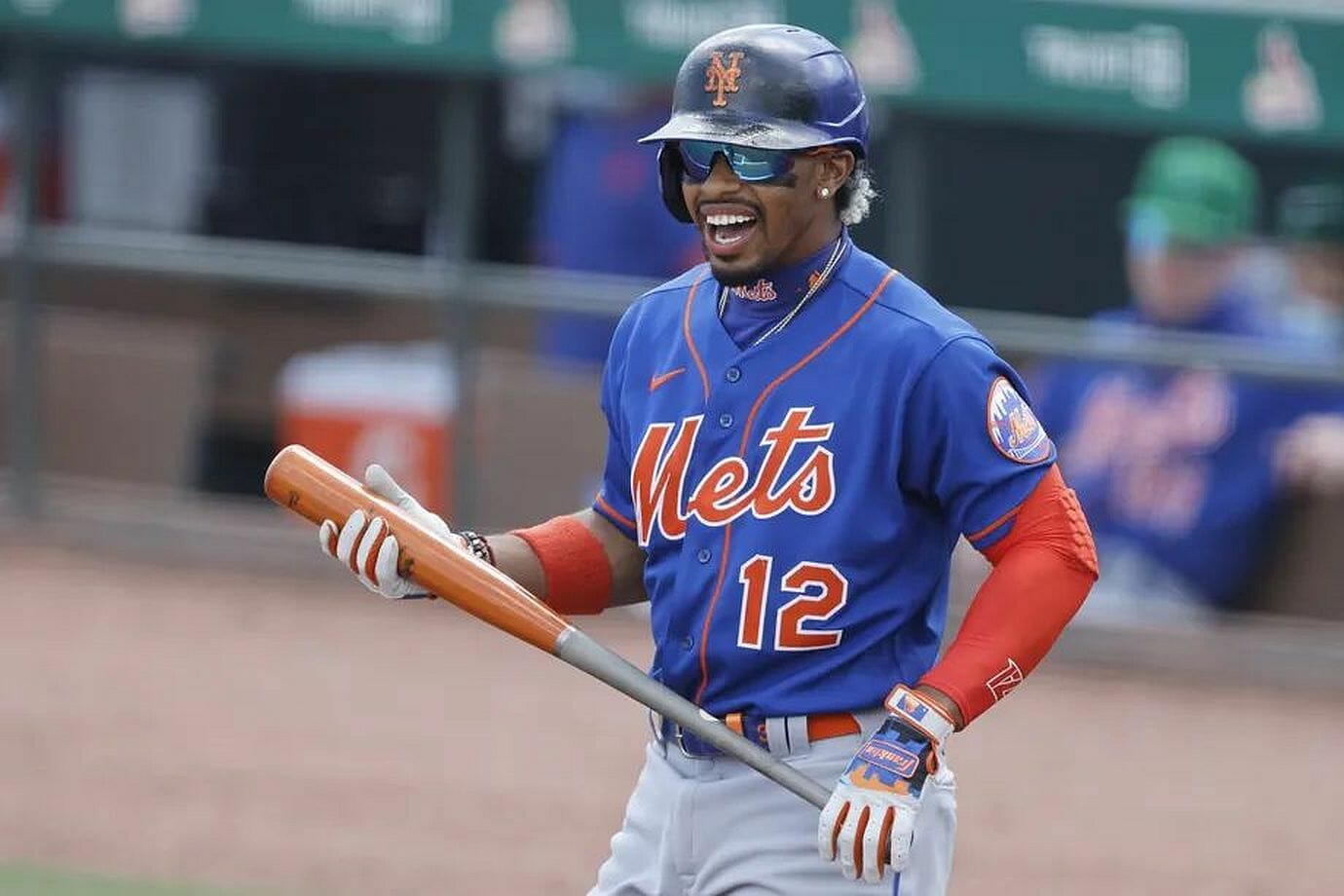 Mets Finally Take The Field To Start The Season

Mets Finally Take The Field To Start The Season

Now that the MLB season is underway, baseball fans are getting a feel for who has their act together. The LA Dodgers look to be ready to defend their World Series title, even though they lost the season opener, while the Arizona Diamondbacks still have a long way to go. Fortunately, there are still plenty of games ahead and today’s action will offer a lot of action.

The Detroit Tigers (2-1) didn’t have a good day against the Cleveland Indians yesterday, but hope to turn things around against the Minnesota Twins (2-1) today. If they tighten up on the mound and don’t blow another 3-1 lead, they might be able to do it, too. The Twins are getting the advantage, though, with Unibet listing them at -162 and 1.5 runs. The Over/Under of 9 doesn’t seem likely.

The Indians, whose only victory so far was the one from yesterday, meet the Kansas City Royals today and will look to keep the good vibes going. Even though the Royals beat them in Spring Training before taking the Cactus League title, the Indians are favored today at -134 and one run. However, this game is more likely to go to the Royals (+114), with the 9-run Over/Under not coming close.

The Baltimore Orioles are off to a strong start since Opening Day, putting up nothing but wins. They take on the 1-2 New York Yankees today hoping for another, but the Yankees have something else in mind. Gerrit Cole is just getting warmed up for the Yankees and the Orioles are going to struggle today. The Yankees are getting -240 to the Orioles’ +200 and are going to come out with both guns blazing. This is a game of pitching strength, which seems to make the Over/Under of 9 runs a little high.

The San Diego Padres host the San Francisco Giants today after getting off to a 3-1 start. The Giants have dropped two games so far, including a shutout to the Seattle Mariners. This game has the Padres written all over it at -157 and a single run. The Over/Under of 8.5 runs can be beat, with San Diego averaging over six runs a game so far.

While taking a look at the California games, the Dodgers and the Oakland A’s meet up today, as well. The Dodgers are looking sharp, while the A’s have yet to find success after four games. The odds seem a lot closer than they should be, with the Dodgers only getting -155 and the A’s +130. The Over/Under of 8.5 seems off, as well, and the Dodgers should be expected to run wild.

The Houston Astros are proving to be resilient once more this season, having already racked up four wins. They take on the 3-1 LA Angels today, but without Justin Verlander on the mound. That’s part of the reason the Angels are getting a slight edge at -115 to the Astros’ -103. This is going to be a battle, but isn’t likely to reach the Over/Under of 10 runs.

Mets Get A Late Start

The New York Mets were able to sit back and see how other teams were doing as the MLB season unrolled, but their time has come. They play their first game today and its against the 3-0 Philadelphia Phillies. Last year, the Phillies went 6-4 against the Mets, but perhaps this will be a different year. Having been able to see how Philadelphia is playing so far this season, the Mets are getting -200 and 1.5 runs on an Over/Under of 7.5. This is a hard game to call, but expect the Over to hit.

The Tampa Bay Rays are off to a 2-1 start and open a three-game series against the Boston Red Sox today. The Red Sox have yet to score a win after three games and are in desperate need of some organization. Still, the Rays are only slightly favored to win, getting -113 to Boston’s -105. Reaching the 9.5 Over/Under doesn’t seem likely.

The Chicago Cubs and the Milwaukee Brewers promise to give fans a lot of excitement when they take to the field today. Milwaukee is 1-2, while the Cubs are 2-1 and have a proven track record against NL Central Division teams. However, they’re only slightly favored at -112 to the Brewers’ -105, with a one-run differential. This game also has a 9.5 Over/Under, but the game will most likely fall just short.