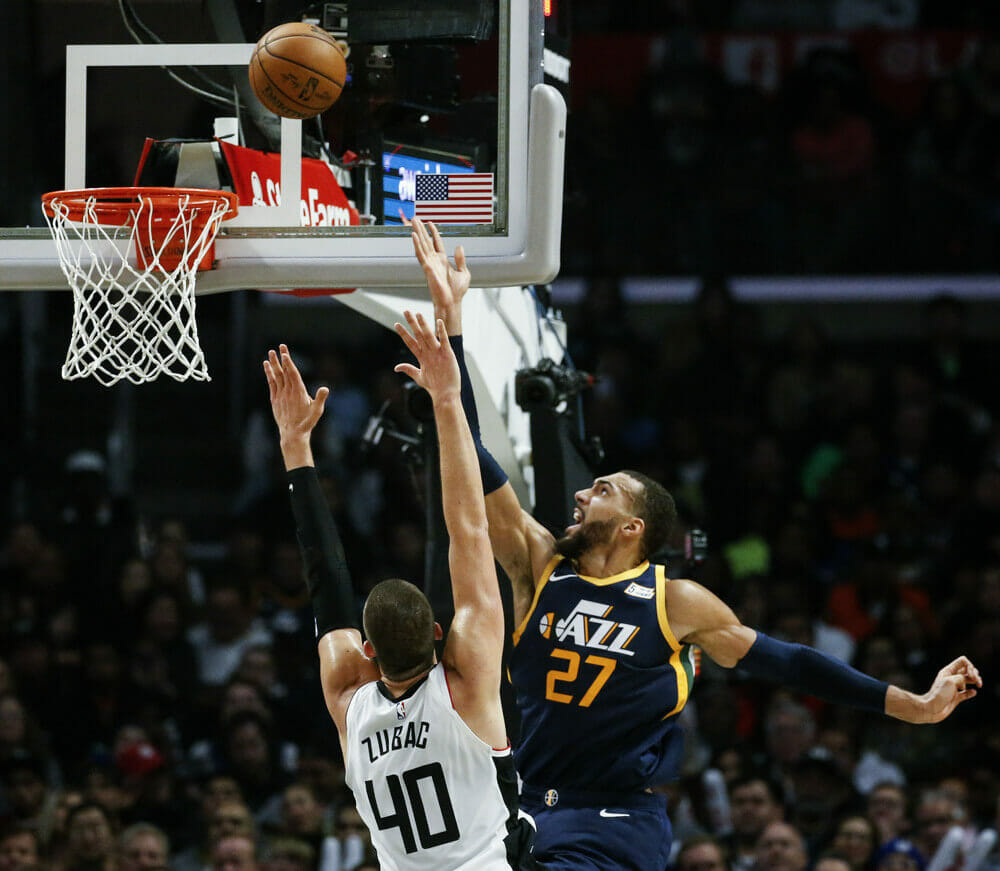 There are only six NBA games on tap for this Tuesday evening, and five of them look like good ones.  New NBA Power Rankings are also out and the Utah Jazz continue to be voted the most powerful team in the league.  But, they are followed closely by the Philadelphia 76ers, both LA teams, the Lakers and the Clippers and the Denver Nuggets.

Being ranked the most powerful team in the NBA, if you want to place a moneyline wager on the Jazz tonight against the Detroit Pistons, looking at Unibet’s odds, you will have to risk a cool $835 to win a hundred bucks. Otherwise, the remaining games are to be played under pretty tight odds.

The 8-13 Orlando Magic (+188) will host the 8-12 Toronto Raptors (-230) at home as 6-point underdogs tonight at the Amway Center in Orlando.  The Over/Under is set at 215 for this game, which does not feature any standout heroes on either roster.  The Raptors have a nine-game winning streak going against the Magic.

The 16-5 LA Clippers (-106) are traveling all the way across the country and into some ominous snowstorms in Brooklyn to take on the 13-9 Brooklyn Nets (-114), but there will be plenty of heroes out on the court for this one.   Recent trade moves made by the Nets organization have managed to bring together, on one team, three of the best players on the planet these days in James Harden, Kevin Durant and Kyrie Irving.

However, looking to the other side of the court, the Clippers have Paul George, Kawhi Leonard and Serge Ibaka, so this Tuesday night matchup amounts to what we call a ‘showdown,’ and it should be a hell of a basketball game.  Oddsmakers are only naming the Nets as one-point favorites and setting the Over/Under at a high 242.5.

The 9-6 Memphis Grizzlies (+175) are taking their seven-game winning streak on the road to grapple with the 11-6 Indiana Pacers (-210) at the Bankers Life Fieldhouse in Indianapolis.  The Griz are currently at +5.5 against the Pacers, so that winning streak might just be in jeopardy tonight.  The Over/Under is set at 221 for the matchup.

Out west, we have the 4-12 Washington Wizards (-136), coming off of their best game of the season, hosting the 10-9 Portland Trailblazers (+114) Tuesday evening as actual 2.5-point favorites with the Over/Under set at a nice, high 240.5.    This is probably one of the only times the Wizards have been favored all season long.   Washington has one of the worst records in the NBA despite having Bradley Beal, now averaging 34.9 points per game, and the ever dangerous Russell Westbrook on the team.

The Wizards overcame an 18-point deficit and managed to score 48 points in the fourth quarter to defeat the visiting, and also powerful, Brooklyn Nets by a final score of 149-146 on Sunday evening.

Pistons Not Feeling The Love

The 5-15 Detroit Pistons (+575) will be visiting the 15-5 Utah Jazz (-835) tonight as 12-point underdogs with the Over/Under set at 219.5 at the Vivint Smart Home Arena in Salt Lake City.  The Jazz continue to be one of the most formidable teams in the NBA and look to continue their dominance on the basketball court featuring Donovan Mitchell, who is averaging over 22-points per game with the Pistons.

Finally, the 10-8 Boston Celtics (-136) will escape the cold and snow for a bit and go out to San Francisco to take on the 11-9 Golden State Warriors (+114) as 2.5 point favorites with the Over/Under set at 226.  The Celtics have lost two in a row and will now have to figure out how to deal with the Warriors’ Stephen Curry.