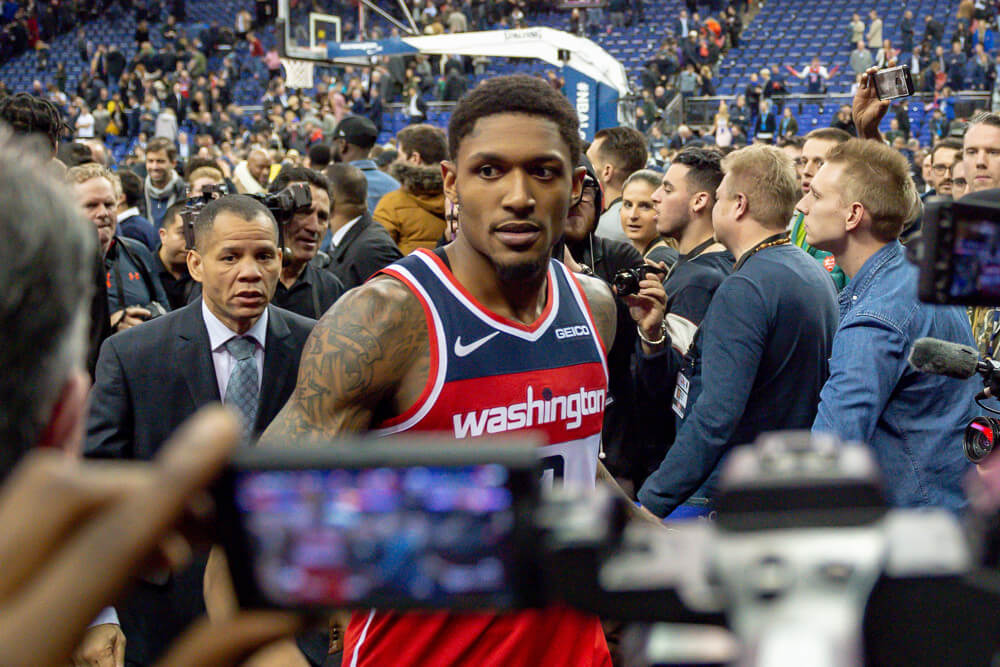 The intensity of the NBA is increasing, and Sunday’s games were proof of that. The competition is getting even better now and a lot of awesome games are still ahead.

The LA Clippers are still on fire, and not even the NBA’s leading defensive could stop them. The highest point total of the season was achieved by the Clippers yesterday against the New York Knicks as they won 129-115, giving them their 10th victory in 11 games.  Kawhi Leonard put in all his effort and scored a total of 28 points, and even when they played without 2 starters, the 102.7-point allowance the Knicks had been getting was surpassed.

Paul George, who said after the game, “We’re just a pretty good offensive team,” scored a total of 17 points for the Clippers.  On the other hand, Julius Randle got 27 points and 12 rebounds for the Knicks, while Immanuel Quickley and RJ Barret scored 25 and 23 points, respectively.

Coming up next, the Clippers will stay in New York to visit Brooklyn next Tuesday and the Knicks are going to visit Chicago today.

The Jazz Take A Hit

The Utah Jazz’s 11-game winning streak has ended after losing against the Denver Nuggets last night.  The amazing performance of Nikola Jokic and his career-high 47 points definitely helped Denver to get that victory easily. The longest winning streak of the season came to its end with a final score of 128-117.

The on-fire Jokic hit all of his 3-point attempts and managed to get 12 rebounds and five assists; 33 of his points were scored in the first half. Will Barton added some extra 18 points and Jamal Murray also helped his team to win for the sixth time in seven games after scoring a total of 16 points.

For the Jazz, Bojan Bogdanovic led with 29 points, while Donavan Mitchell, who missed two games while in concussion protocol, managed to score 13 points.  The Nuggets are hosting Detroit today, while the Jazz are also hosting Detroit tomorrow.

Yesterday’s match between the Philadelphia 76ers and Indiana Pacers was full of surprises when Sixers coach, Doc Rivers, threw an unexpected changeup that ended with the Sixers rallying for a 119-110 victory. They were 16 points behind at the beginning of the fourth quarter; however, Doc switched to a zone defense that helped them to come back in the game. All-Star Joel Embiid was out on this occasion, as he was still affected by back problems.

As part of the contribution for the Sixers, Tobias Harris scored 27 points and 8 rebounds, followed by Furkan Korkmaz who added another 17 points.  For the Pacers, Malcolm Brogdon and Domantas Sabonis scored 25 and 21 points respectively, they practically dominated the game for at least 3 quarters, before the 76ers decided to take control.

Now, the Pacers are looking to extend their victories against Memphis next Tuesday, while the 76ers are completing a three-game road trip at Charlotte the coming Wednesday.

The Wizards Find Some Magic

The Washington Wizards, which have the worst record in the NBA, are trying to redeem themselves and they sure did after winning against Brooklyn Nets 149-146 last night.

Russel Westbrook and Bradley Beal hit 3-pointers in the final seconds to help the Wizards to stun the Nets and Kevin Durant.  Durant managed to score 37 points to help the Nets, but it wasn’t enough. Westbrook for his part, scored a total of 41 points, with 10 rebounds, and 8 assists.  Beal, who is the current NBA scoring leader, added 37 points.

Washington’s coach, Scott Brooks, was very impressed and satisfied with Westbrook’s performance, saying after the game, “This is what he does. He can do it every night. He doesn’t shoot the ball well every night but he doesn’t take nights out.”  The Nets are going to host the Clippers and the Wizards are hosting the Portland Trail Blazers on Tuesday night.