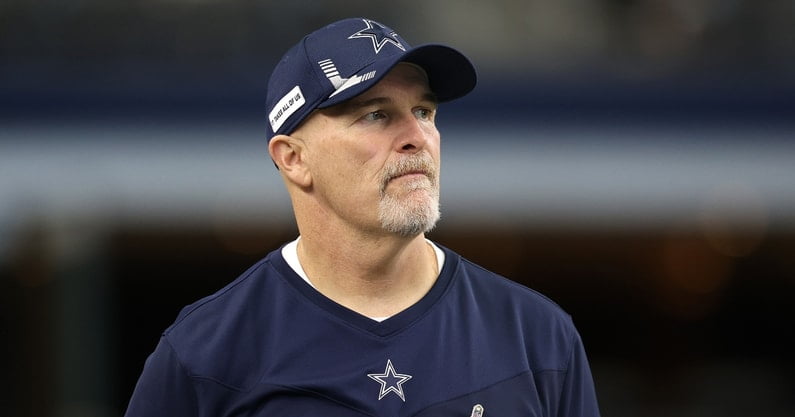 The NFL Is Making Moves As the Postseason Continues To Unfold

The NFL Is Making Moves As the Postseason Continues To Unfold

There have been lots of activity around the NFL leading up to the Divisional Round of the playoffs that are set to start this weekend. Here’s the latest news around the league this week:

The Indianapolis Colts have begun their search for next season’s head coach and have requested to interview Dallas Cowboys defensive coordinator Dan Quinn for the vacancy. The Colts haven’t been wasting any time and have already interviewed seven coaching candidates since the end of the regular season. Quinn is one of the last four requests submitted by the team, which also includes Ben Johnson, the Detroit Lions’ defensive coordinator.

Quinn has been an NFL coach since 2001 when he was hired as a defensive quality control coach for the Francisco 49ers after coaching at the college level for six seasons. After that, he was promoted to defensive line coach and held the same position for the Dolphins, Jets and Seahawks.

He was later hired as the head coach of the Atlanta Falcons, leading them to Super Bowl LI, where they blew the biggest lead in the game’s history. This is his second season as the Cowboys defensive coordinator.

Leftwich Expected To Be Fired By Bucs

After their underperforming season and loss to the Dallas Cowboys in the Wild Card game on Monday night, multiple sources report that the Tampa Bay Buccaneers have decided to move on from offensive coordinator Byron Leftwich for next season. Leftwich was one of the top head coaching prospects during the last offseason but remained with Tampa after securing the OC position. This move could be significant for the Pittsburgh Steelers, as they could consider bringing him over to replace Matt Canada.

In his first season as the Bucs’ OC, the team went from averaging over 30 points per game for two straight seasons to 25th in the league with 18.4 points per game in 2022. The team’s numbers also dropped off in red zone scoring percentage and rushing, where they were last in the NFL with 76.9 yards per game. Reports say that the team discussed replacing him mid-season but decided to play out the rest of the regular season before making a change.

NFC East Has Three Teams In Divisional Round

The NFC East Champion San Francisco 49ers have moved on to the Divisional Round but find themselves in a postseason race with three division rivals. The division was the best in the league during the regular season and proved that point after the first weekend of the postseason. The Eagles are the top seed in the conference, and the Dallas Cowboys and New York Giants both got wins in last weekend’s Wild Card round.

This is the first time three teams from the same division have made the postseason since the league realigned the teams in 2002. Until then, it comprised six divisions before adding the Houston Texans.

The last time the NFC East had three playoff teams was in 1997 when the Buccaneers, Vikings and Packers advanced to the Divisional Round. This season, the NFC East finished 43-23-2, five more victories than the AFC North.

As a result, the division is guaranteed a team in the NFC Championship. Additionally, a Dallas win over the 49ers would ensure an NFC East team will represent the conference in the Super Bowl.