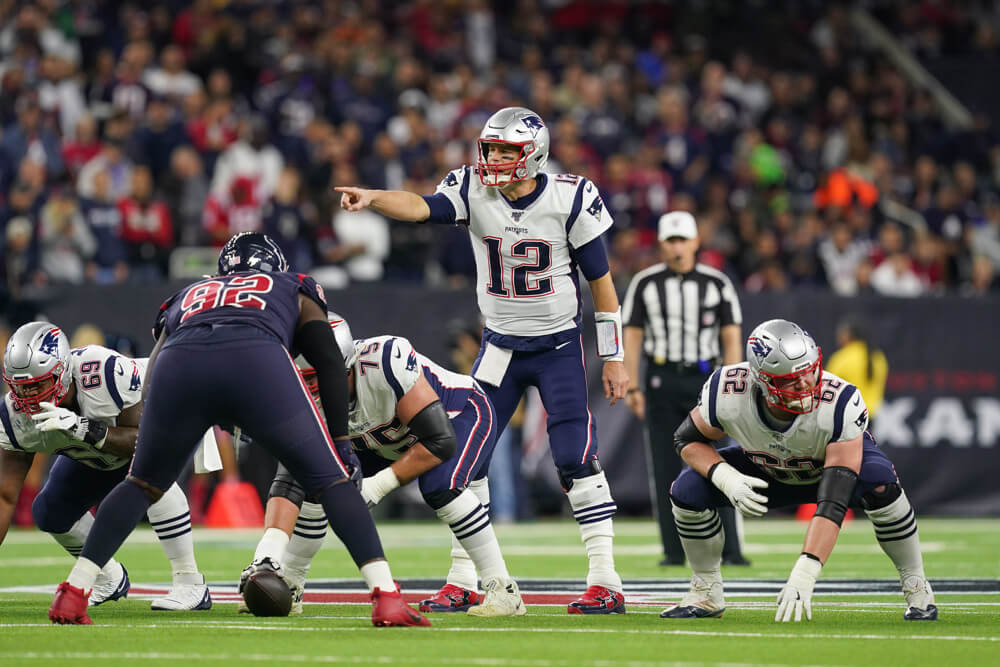 After another 3-0 sweep last weekend (6-0 last two weeks), we’re back with our NFL picks and parlays for Week 14. We’re now in the final quarter of the season, with a ton of playoff implications on the line, so this should be a fun Sunday.

Here are our three favorite picks for NFL Week 14 action this weekend:

A lot of times I make my NFL picks based on the situation and this game here in Week 14, is an example of that. The Bucs come into this game hot and are ascending right now, while the Colts are banged up and descending.

The “sharps” or “pros” also seem to agree, as while the public is hitting the Colts at a 60% clip, the line has actually shot up from Bucs -1 to -3. This indicates reverse line movement on the Bucs.

The big NFL injury on the Colts side is to WR T.Y. Hilton. With him, this Colts offense is a completely different beast. Numbers don’t lie. Without him, the Colts have gone 1-7 in his career. Indy’s two other main cogs, QB Jacoby Brissett and RB Marlon Mack, also come into this game a little banged up.

I’m buying high on the Bucs in this one after two consecutive wins. While Jameis Winston is insanely erratic, the offense is humming right now. Their defense is playing great, especially their run defense (Colts offensive strength). Teams that can put up points and stop the run usually do well against the Colts.

Speaking of good spots, we have another here in New England this weekend. I’ve faded the Pats the last two weeks and won, but this situation here is just too good to pass up. Even if it is against one of the most explosive teams in football.

The public is naturally on the Chiefs at a 60% clip after seeing the Pats stumble recently, which has driven this line down from the Pats -4 to -3. This is a great value on a Pats team whose defense is still the best in the league. New England has the best point differential in the NFL, as they’ve outsourced opponents by 177 points. Tom Brady is also 35-13 ATS after a loss.

A matchup for the Pats to exploit is for the Pats to run against this porous Chiefs run defense. Kansas City ranks 30th in rush defense DVOA, so you know “Hoody” will find ways to take advantage of that in this game.

While the Chiefs have an explosive offense, the Pats pass defense will be up for the challenge. I trust Brady and Hoodie to right the ship, and pull away in the fourth quarter.

There are a few reasons to like the Rams in this spot. LA as a team comes into this game playing a lot better, especially since they have committed to running the ball again. The Hawks have Russell Wilson, who is playing at an MVP level, but they keep escaping with wins. Case in point, last week’s game against the Vikings.

I think their luck runs out this weekend in LA. The Rams have a +3.1 edge in Pythagorean expected record differential over Seattle. We’ve covered the last two weeks teams that have had edges like this.

The public is also all over Seattle at a 70% clip, but the line has come down from Seattle -3 to a pk ‘em in most spots. This indicates huge reverse line movement on the Rams.

We’ve hit on a couple of these this season, so why not? If you are looking to sprinkle on a couple of NFL dogs, I’d look at the Giants and Bills as my picks for  week 14. These are always risky, but there is some value in the Giants as they get all their guys back and play a division game where they will want to end Philly’s season. Buffalo has the defense to limit Lamar Jackson, play at home, and the weather should be a factor.

So, there you have it for my picks for Week 14 of the NFL. Good luck with your wagers and hopefully this sports intel helps with your Sunday NFL card.