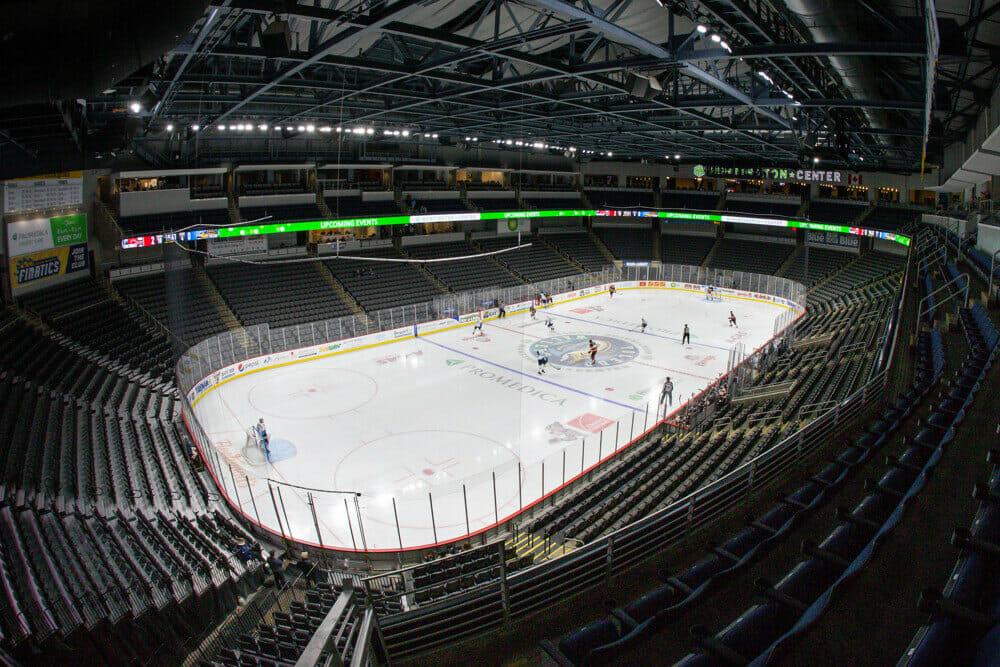 Hockey hasn’t gotten a lot of attention lately but, as the NHL season re-start is about to begin on Saturday, it’s time to talk about what’s happening. The NHL is presenting a new look for the exhibition matches by showing visual elements like screens and lighting; however, there are no fans in the arena because of the COVID-19 restriction policies.  Still, so far, the plan seems to be working and everyone is excited about getting players back on the ice.

This first NHL exhibition game was between the Philadelphia Flyers and the Pittsburgh Penguins at Scotiabank Arena on Tuesday, which the Flyers won 3-2 in overtime.  This is actually how the NHL playoffs, which are expected to re-start on Saturday, will look, as will the Stanley Cup Qualifiers.  Renee Riva, the NHL director of game presentation, mentioned that everybody within the tournament is ready to show their great skills and performance.

She also said, “We’re proud. We’ve been working around the clock for the past couple weeks developing this, and seeing it come to fruition is pretty impressive. Hopefully, everyone else feels the same.” The hard work done up to now seems to be yielding good results.

This NHL season is unprecedented because many new changes have been implemented ahead of the playoffs re-start on Saturday.  For instance, the seats at the bottom of the lower bowl are covered, and the location behind the benches was transformed with high quality lightning and huge video screens.  The intensity of the lighting was made softer, and then the screens only showed logos by the hockey league and the two teams involved in the exhibition match played on Tuesday.

These changes required some hard teamwork and a carefully planned coordination.  On the same matter, Riva said, “We’ll play around with broadcasts, because these screens are really here for broadcasts.  We’re really catering to what our broadcast needs are and working with our partners to see what works and what doesn’t work.”

Too Many Empty Seats Make For A Strange Game

But having no fans in the arena, makes the games feel empty; the excitement and the emotions don’t work in the same way as before.  Undoubtedly, nothing can replace a happy crowd that cheers the players. The good thing is that this format for the games won’t last forever – fans are way too eager to come back to the arenas as soon as possible.  Even though no fans are allowed in the arenas, the NHL is bringing the league to them by TV.  The league is made of 24 teams in two hub cities in Canada, 12 Eastern Conference teams in Toronto and the 12 Western Conference teams in Edmonton.

The magic of the game starts once the puck drops and the attention focuses on the ice, then comes the lovely sound – the roar of the crowd.  However, now, inside the building, the silence prevails during the game except for the hitting sticks, skates sliding on the ice and players screaming.  Although the match cannot be as amazing as it was before, fans have a reason to enjoy the match.

According to Shayne Gostisbehere of the Flyers, “It’s definitely a different vibe.  I don’t know how it’s going to be when you’re playing real games, if it will be more fired up. You obviously miss the fans.” The fans definitely give energy to the game; they are a crucial part of each match contested.  Even though the lack of an audience might influence the motivation among players, the NHL has devised a way to set up virtual crowd noise on TV broadcasts, as well as use goal horns and music from each team’s home camp inside the facility.

As per Riva, the idea is to keep the energy going even though no fans will be present. The NHL is looking forward to making feel the players motivated and eager to play with the re-start this Saturday – they need some big support to succeed, especially amid the threatening crisis that sports are facing in the US.