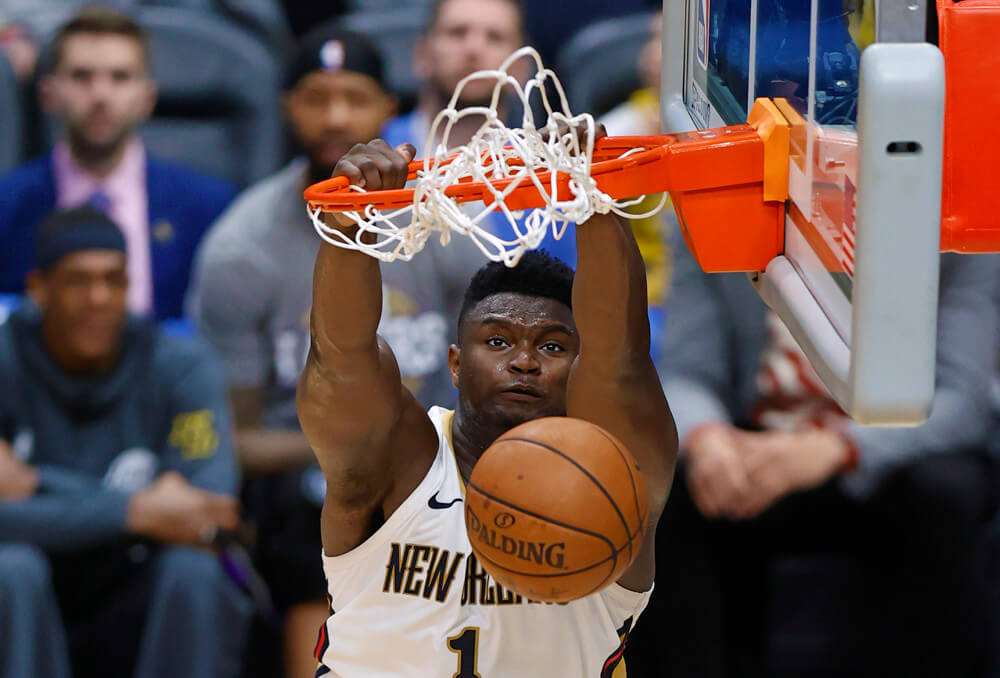 If things don’t get better soon, the 2020-21 NBA season might end up in a quarantine bubble, just like the rest of the current season is.  It’s possible that the risks of getting infected by that time are still high – unfortunately, nobody knows for sure how the coronavirus will behave in the coming months.

Hopefully, things will improve, and all the sports leagues will eventually be conducted with no more hassles.  However, according to the executive director of the National Basketball Players Association (NBPA), a bubble next season is still a real possibility.

COVID-19 Is Still A Real Threat To Sports

NBPA executive director Michelle Roberts believes the next season for the NBA may be played in a bubble due to the uncertainty of progress fighting COVID-19.  She says that the league doesn’t want to take the same risk as MLB, where players are conducting games in the ballparks and traveling to the contenders’ cities, as if it were a normal season.

Players are wearing masks and there is no audience in the stands, but the outbreak situation with the Marlins showed how fragile the plan was. Now there are 17 players and staffers infected with the virus, and the MLB season is at risk.  They might ultimately decide to shut down the season if things don’t get better.

The plan for the NBA is to conduct the current season in the bubble at the Walt Disney World Resort in Orlando so the league can make sure all players involved are quarantined and safe from COVID-19.  Then, starting in December, we expect to have kind of a normal season if things are better in terms of the virus.  But, if the scenario is the same or worse, the league will be played in a bubble, as well.

Roberts had a phone interview on Tuesday afternoon with Tim Bontemps of ESPN, and she said, “If tomorrow looks like today, I don’t know how we say we can do it differently.  If tomorrow looks like today, and today we all acknowledge — and this is not Michele talking, this is the league, together with the PA and our respective experts saying, ‘This is the way to do it’ — then that’s going to have to be the way to do it.”

The executive director shows concerns and a spirit of responsibility towards the members of the NBA; she knows that everybody involved in the season is in jeopardy.  The union wants to avoid someone within the league getting infected, and then cause an undesired outbreak like the one going on in MLB.

Too Early To Call New Quarantine Bubble For NBA

However, it’s sort of early to say that having the NBA tournament played in a quarantine bubble will definitely work. The first real game hasn’t been played yet, and more lab tests must be done to make sure this plan will yield satisfactory results.  The good thing is that none of the players has tested positive for COVID-19.

Roberts states that the only way to protect players is to start the season in bubbles so there is no intrusion from outsiders.  She added, “I’m not in the Trump camp in believing it’s all going to go away in two weeks, but I’m praying, praying that there will be a different set of circumstances that will allow us to play in a different way.  But because I don’t know, all I know is what I know now.  So, it may be that, if the bubble is the way to play, then that is likely gonna be the way we play next season, if things remains as they are.” Roberts hopes that this is not the case for the next season. The idea is that players can live some type of normal life, surrounded by friends and family

On the other hand, the NBA has an advantage over the NFL and MLB, which is the size of the rosters and the court.  Therefore, the contact among players can be minimized somehow. In the coming months we will see how things turn out for the NBA and hopefully we can avoid a quarantine situation again for the 2020-2021 season.