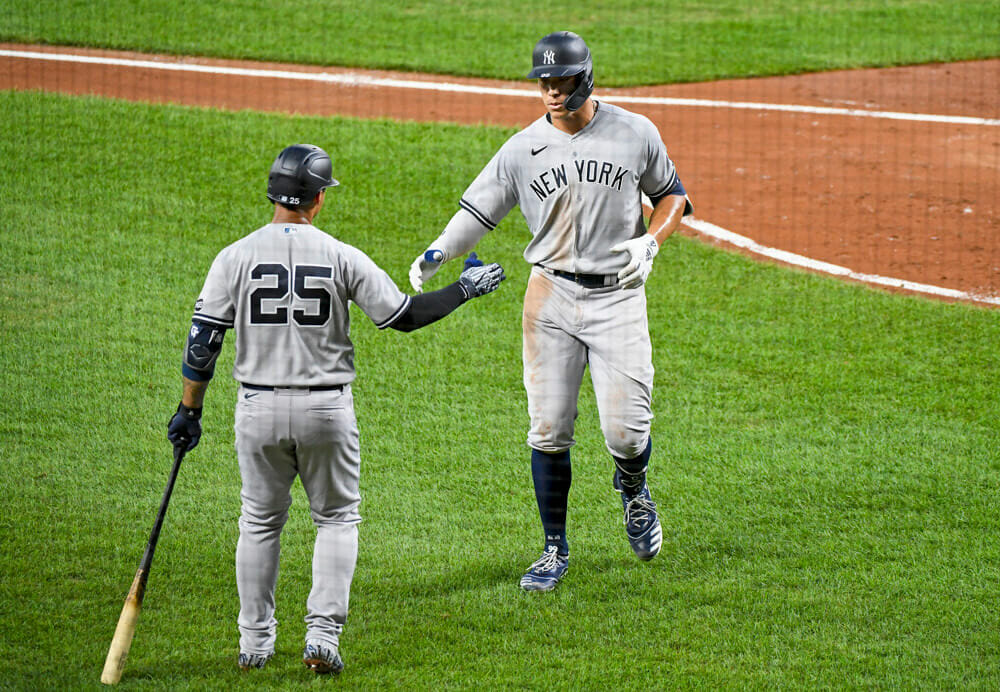 And just like that, the Major League season is 1/6th complete. With the season compressed into 66 days – and assuming we actually make it to late September – each 11 day-stretch is the equivalent of a month in a regular 162-game season. So today, is Aug 3 and May 1, and with the season in full swing, we begin taking a daily look at the MLB Standings, how we got here, and what lies ahead in the pennant races.

After 11 days, only one team remains with just one loss – not counting the teams who have only played three games because of COVID-related cancellations. That team is the Yankees, who just swept the suddenly-hapless Red Sox in a three-game series to win their sixth in a row and raise their record to 7-1. It’s all Aaron Judge, all the time, as the Yankees’ slugger, who probably would have opened a normal 2020 season on the disabled list in March, homered for the fifth straight game on Sunday night, hitting two bombs to put the Red Sox away.

The surprise in the AL East are the Orioles, who have shown pluck in the early going, sitting at 5-3, the third-best record in the American League. The Twins are second with a 7-2 mark, while the Astros and A’s are tied for the AL West lead at 5-4.

The best record in the National League does not belong to the Dodgers, despite a solid 7-3 start. That distinction belongs to the Colorado Rockies, who took 2 of 3 from the Padres in their first three home games of the season for a 6-2 mark.

The Dodgers, who got a scare when Mookie Betts was forced out of Sunday’s game with an injured finger, take on the Padres for a three-game series in San Diego as the top-four teams in the National League West do battle in key early division games.

That’s it for our look at the MLB standings on Aug 3, see you tomorrow ya’ll.