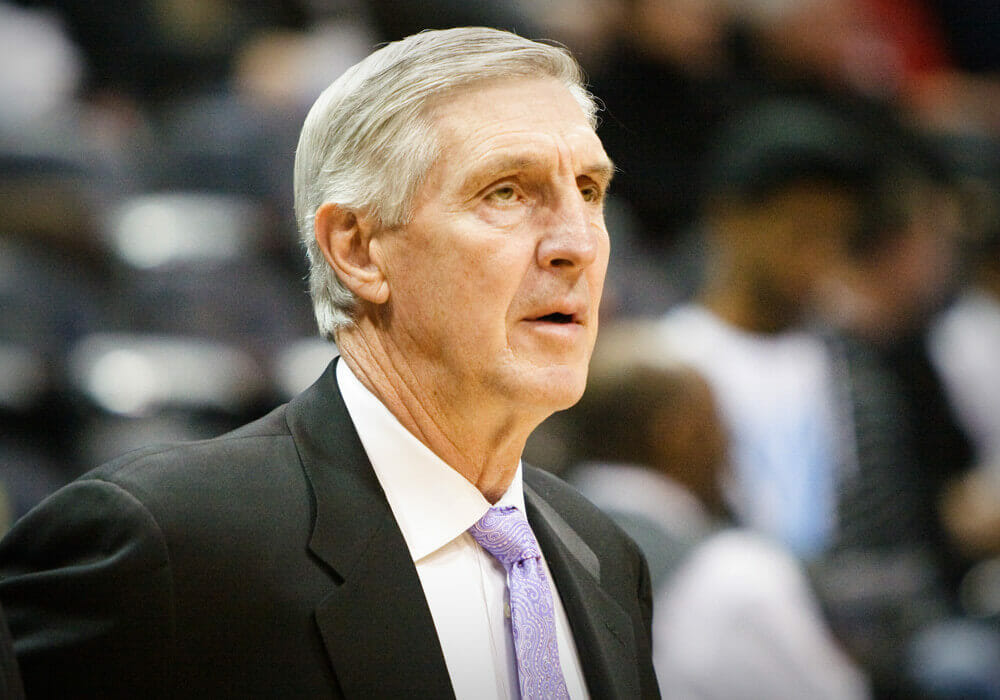 Just days after the world was reminded of the legendary Utah Jazz head coach, Jerry Sloan passed away on Friday at 78.  The former Chicago Bulls star and Hall of Fame coach who led the Utah Jazz to an NBA record of 1,000 wins as coach of a single team lost a battle with Parkinson’s disease.  The two-time NBA All-Star may have left the physical world, but his legacy never will.

Jerry Sloan – The Beginning Of A Legend

Born in 1942 in Illinois, Sloan made a name for himself as an all-state basketball player with his high school before scouts started to notice him when he was attending the University of Evansville.  He was picked number 19 in the 1964 Draft by the then-Baltimore Bullets, but decided to complete college, decidedly a wise decision at the time.  He would go on to take his team to another Division II title, making it back to the draft in 1965.

He was once again chosen by the Bullets, but was the fourth overall pick.  A year later, he went to the Bulls, where he easily picked up the nickname the Original Bull because of his tenacity on the court.  Many have cited him as the main reason the Bulls went to the playoffs the first year it entered the league as an expansion team.

However, he would go out on top, having led the Jazz to 15 straight playoff appearances and ended his career as one of just four coaches in the history of the league to be able to brag about being a 15-plus season coach with a winning record.  Ironically, the two times he led the Jazz to the NBA Finals with John Stockton and Karl Malone – in 1997 and 1998 – the team lost to the Bulls.

His presence in those Finals series’ was captured in the final episode of the ESPN Michael Jordan documentary, “The Last Dance.” Sloan’s wry wit was on full display as he discussed Jordan playing with an illness in the game previously known as the “Flu Game” – Game 5 of the 1997 series.

Nothing But Praise From Basketball Community

The basketball community hasn’t wasted any time reaching out to offer condolences and positive remarks about Sloan.  NBA Commissioner Adam Silver issued a statement, saying, “Jerry Sloan was among the NBA’s most respected and admired legends.  After an All-Star playing career in which his relentless style shaped the Chicago Bulls in their early years, he became one of the all-time greatest head coaches during 23 seasons with the Utah Jazz – the second-longest tenure in league history.

He was the first coach to win 1,000 games with the same organization, which came to embody the qualities that made Jerry a Naismith Memorial Basketball Hall of Famer: persistence, discipline, drive and selflessness. His more than 40 years in the NBA also paralleled a period of tremendous growth in the league, a time when we benefited greatly from his humility, kindness, dignity and class. Our thoughts are with Jerry’s wife, Tammy, and their family, as well as his former players, colleagues and the Bulls and Jazz organizations.”

Silver certainly wasn’t the only one, as social media has been busy today with posts about Sloan.  Jerry Reinsdorf, the chairman of the Bulls, stepped forward to state, “Jerry Sloan was ‘The Original Bull’ whose tenacious defense and nightly hustle on the court represented the franchise and epitomized the city of Chicago.  Jerry was the face of the Bulls organization from its inception through the mid-1970s, and very appropriately, his uniform No. 4 was the first jersey retired by the team. A great player and a Hall-of-Fame NBA coach, most importantly, Jerry was a great person. Our sympathies go out to the Sloan family and all his many fans.”

Even Scottie Pippen was present, posting on Twitter, “I loved everything about Jerry Sloan, from the way he played to the way he coached. He was a tenacious competitor who represented the Bulls of the 70s so well. Jerry became one of my favorite coaches when he was on the 1996 Dream Team staff and it was an honor to learn from him.”

Bundesliga Back, Could U.S. Sports Be Far Behind?
Texas Plans To Allow Fans To Attend Sporting Events
Get Free Picks & Exclusive Offers