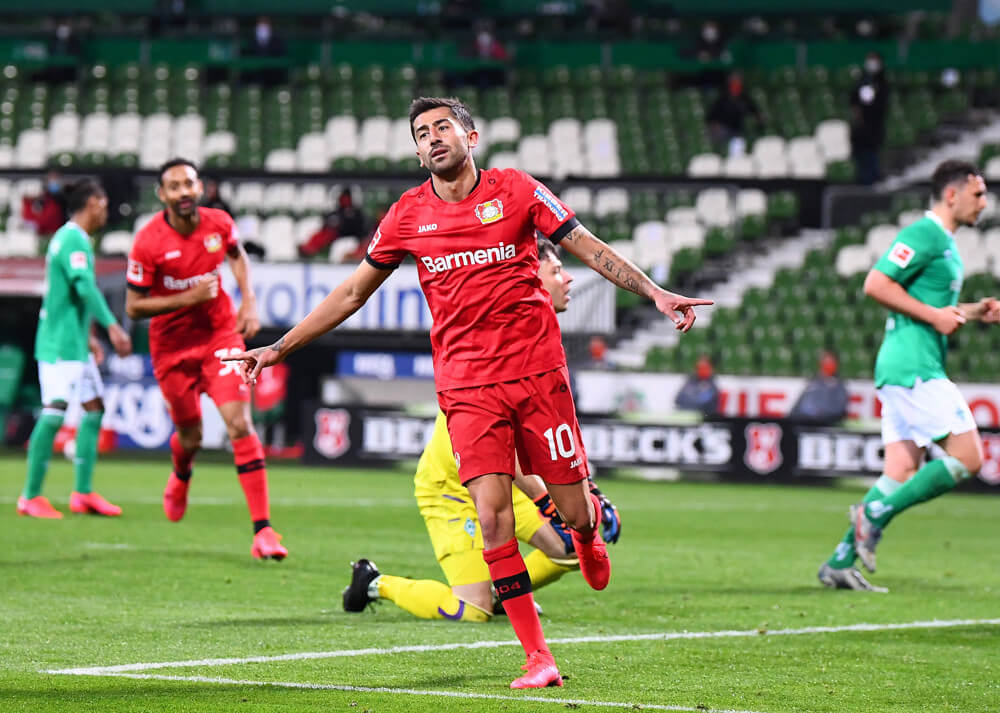 Bundesliga Back, Could U.S. Sports Be Far Behind?

Bundesliga Back, Could U.S. Sports Be Far Behind?

The international sports world may only be barely hanging on by a thread as it continues to suffer at the demonic hands of the coronavirus, but it looks more and more like things are going to return to normal sooner rather than later, starting with the Bundesliga being back in action.

Will Bundesliga Being Back Inspire US?

In the US, New York and California are inviting (perhaps pleading is a better word) with the NBA and more to bring their action to the states.  Elsewhere, on the other side of the pond, Germany’s Bundesliga is now officially back underway, and everyone is watching to see how the soccer league manages the new health protocols that are undoubtedly going to be included back in the US.

However, at least progress is being made, and the US might – just might – have an extra reason to celebrate this upcoming Memorial Day.

This past weekend, the Bundesliga was back with a total of nine soccer matches, making the league the first top European sports organization to get back on the field.  Noticeably absent were the tens of thousands of screaming fans, the new (temporary) norm for how all sports contests are likely to be played until everyone is convinced that COVID-19 has been dominated.

With the absence of one of the integral parts of the game, the fans, the Bundesliga learned several things.  First, referees have an easier time maintaining control of the game.  After Cologne and Mainz completed their match in a 2-2 tie, referee Guido Winkmann asserted, “Players don’t immediately rush towards the referee in the event of a controversial decision, they don’t form into packs.”  He added, “Probably because there are no fans, there are less emotions involved.”

Perhaps as a coincidence, or perhaps as a result of the lack of a home-field advantage, the Bundesliga only saw one home team win a game this past weekend – Dortmund made easy work of Schalke, 4-0, as the home team (three games ended in ties).

Two of the more curious takeaways center on the action itself.  An average of 59 minutes was recorded across all the games, as opposed to the regular-season average of 57:05.  In addition, there were fewer shots taken (down from 26.8 to 24.3) and goals made.  3.25 scored goals was the average ahead of the coronavirus pandemic, and the average this past weekend was just three.

Now that a major sports league is back in action, online gambling fans have something to look forward to other than table tennis.  Sportsbooks are all too happy to be back putting up lines on Bundesliga events, and there is a lot to choose from.  For Matchday 27, coming up this weekend, Borussia Dortmund will take on VfL Wolfsburg as the favorites, with Wolfsburg getting +330.  The underdog actually has a chance, as it had already started to gain steam prior to the shutdown.  Given that Dortmund will also have to play a match just three days ahead of the game, Wolfsburg might be able to capitalize on a lack of energy on the part of Dortmund.

FC Köln, ranked first on the league before the pandemic, will take on Fortuna Düsseldorf on May 24.  Düsseldorf is getting +320 (or a draw at +280) because of Köln’s superiority, and will most likely suffer a defeat.  However, Düsseldorf isn’t going to enter the game expecting to walk away as losers.  Given the fact that the team beat Köln 2-0 last November, it will be looking for a repeat.  Finding that success, though, as a different story.

Meanwhile, Back Across The Pond

There is still nothing definitive in place for the return of sports in the US.  While June and July seem to be the most accepted alternatives, depending on the league, there might be a change to the schedule that will make fans happy.

According to a report by CNN, there’s a chance that the entire country will be at least “partially” reopened before Memorial Day, which is next Monday, May 25.  This may be a little too soon for all sports activity to get into motion, but it wouldn’t be surprising to find leagues at least getting players on the fields for practices.  Perhaps it’s just wishful thinking, although it would make the holiday that much more memorable, and it’s likely military vets won’t mind.