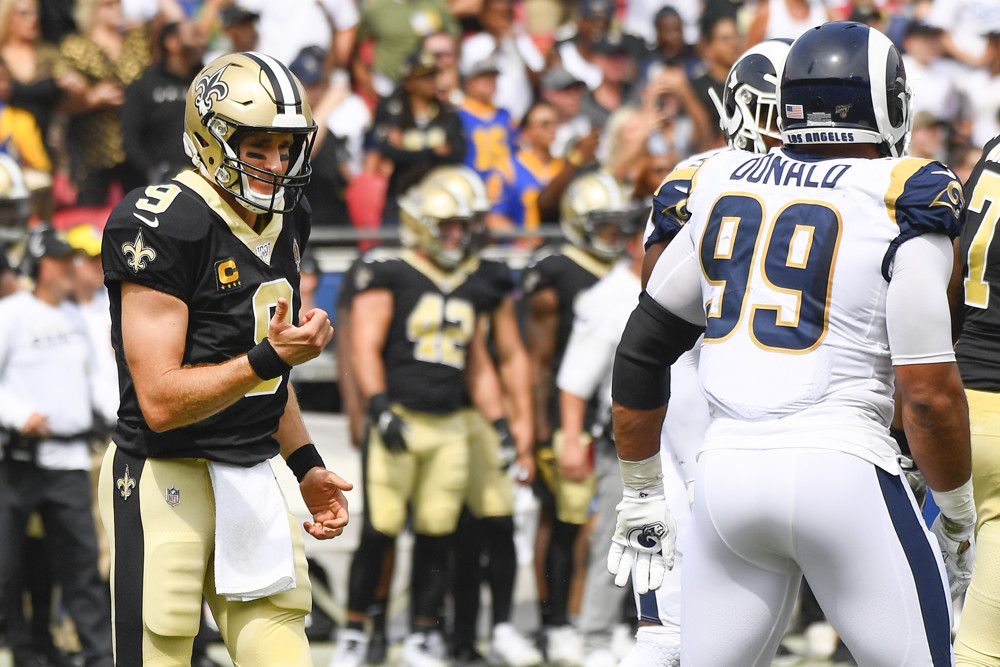 Week 2 in the NFL saw some interesting action Sunday and many teams showed that they still haven’t gotten their heads in the game.  Key injuries are also going to result in some changes that most likely will have teams scrambling to make up for the losses in hopes that their stars return to the turf.  Overall, the weekend performances were lackluster, filled with upsets that should have never happened.

The Philadelphia Eagles met the Atlanta Falcons and many were surprised at the outcome.  With wide receiver DeSean Jackson having to sit on the Eagles’ bench with an injury, the Falcons were all too happy to take advantage of the reduction in performers.  Julio Jones showed what a receiver is supposed to do, hitting 20 mph as he flew down the field 54 yards for the score – he was going so fast that he wouldn’t be able to stop until he dipped inside the tunnel. By the end of the game, he had 106 yards in five catches and scored two touchdowns, undoubtedly key to the Falcons taking the victory 24-20.

The New Orleans Saints can’t get any love.  The team lost due to a blown missed pass interference call when they met the LA Rams last year, ending their chances of heading to the Super Bowl.  When they played the Houston Texans last week, refs forgot how to count and erroneously took precious seconds off the clock in the first half, leading to a botched field goal attempt.

All eyes were on the refs’ performance when the Saints and the Rams got together in LA, but the men in stripes proved that they still can’t get organized.  What was clearly a fumble on the part of Rams quarterback Jared Goff saw Saints defensive end Cameron Jordan run it 85 yards for a touchdown, only to lose it all when the refs determined it was an incomplete pass, not a fumble.  This, despite clear video showing that it should have been ruled a loose ball.  Add this to the early exit of the Saints star quarterback, Drew Brees, and you have a recipe for disaster.  The Rams rolled over the Saints 27-9.

When the Chicago Bears traveled to Denver to take on the Broncos, no one knew what to expect.  The Broncos were favored to win, only because that’s what they’ve been doing for the past couple of years when they have the home field advantage in an early-season game.  They could have kept their record going, too, if it weren’t for the sure foot of Bears kicker Eddy Pineiro.

After a sleeper of a first half, the second half proved more exciting and the last three minutes were completely stressful for both side of the scrimmage line.  The Broncos took the lead in the final minute, but Pineiro would step up to save the day. With only one second left on the clock, he would nail a 52-yard field goal to give his team the 16-14 victory.

The Miami Dolphins showed that they’re still enjoying Mai Tais and Piña Coladas on South Beach.  Granted, they were going up against the Patriots, but still, at least make an effort.  Antonio Brown, who is still facing accusations of sexual misconduct, was in for the Pats and showed that any off-field antics won’t affect his play.  He helped take the Pats to a 43-0 fishing trip against the Dolphins, who are now -92 behind in scoring across the first two games of the season.

The Buffalo Bills are getting off to a good start.  They’re 2-0 after taking down the New York Giants yesterday in a game that is setting the state for the rest of the year.  Determined to take Eli Manning out of the equation, the Bills defensive kept the Giants quarterback scrambling and took no prisoners as it locked in a 28-14 win.

There were plenty of other games, but many were less than newsworthy.  The Indianapolis Colts bested the Tennessee Titans, as they’ve done in 19 of the last 22 games, with a final score of 19-17.  The Jacksonville Jaguars tried to put up a fight against the Texans, but were taken out, 13-12.  The Green Bay Packers, thanks to two key interceptions, were able to put the Minnesota Vikings out to sea 21-16 and the Detroit Lions actually pulled off a win against the LA Chargers.

The Cincinnati Bengals easily fell at the hands of the San Francisco 49ers, 41-17, and the Carolina Panthers are now 0-2 after taking a beating from the Tampa Bay Buccaneers.  Not many were surprised to see the Dallas Cowboys rope in the Washington Redskins 31-21.

There’s a lot of work to do this week if certain teams are going to find their footing.  The Saints had been favored to go all the way this year, but their performance against the Rams was anything but that of a team destined for the Vince Lombardi Trophy.  Across the league, extra work has to be placed on making key players healthy and protecting those who are still able to stay in the game.