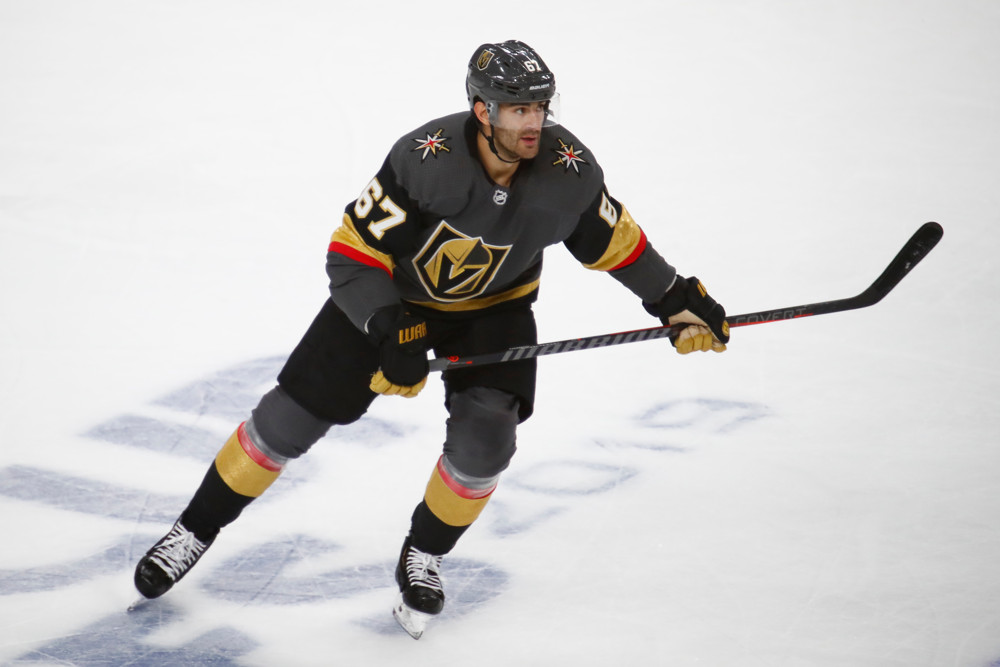 NHL Takes To Ice as Regular Season Grows Near

NHL Takes To Ice as Regular Season Grows Near

The next couple of weeks are going to be jam-packed with activity for sports fans.  The NFL is now in full swing and the NHL season is about to get underway.  NHL preseason games have already begun, much to the delight of puck-followers around the world.  The NHL Network will be airing 25 games in 16 days, and the action is just heating up – or cooling off, depending on you look at it.

The Vegas Golden Knights took on the Arizona Coyotes Sunday night and the matchup got off with a bang.  Playing in Vegas, Golden Knight Max Pacioretty recorded a hat trick, as well as an assist, to help his team score a victory in the first game of the season.  Despite trailing 2-1 about halfway through the first period, the Golden Knights would stage a massive comeback and ended up winning 6-2.

Knights goalie Malcolm Subban showed that he’s not rusty from the offseason and stayed in for the entire game.  He brought his hockey mojo and ended the might with 29 saves.  The Coyotes wouldn’t be able to keep up, with four goals being scored on 23 shots across the first two periods with Adin Hill protecting the net.  The team finally swapped him out for Erik Kallgren in the third period and he may have possibly been a better choice for the game.  In nine shots on the goal, he stopped eight.

The New York Islanders travel to Philadelphia today for a game against the Flyers tonight.  All eyes will be watching the Flyers as an almost completely revamped squad hits the ice.  It’s hard to call goalie Brian Elliott a prolific starter, since this will be his first game after sitting on the bench virtually all of last season due to injury.  Then there’s Frost Line and Justin Braun hoping to show that the Flyers made the right decision in recruiting them onto the squad.  Not to mention the fact that the team has to get used to a new coach, Alain Vigneault, who couldn’t take the New York Rangers to the playoffs last season.

A couple of teams are hoping their multimillion-dollar shopping sprees pay off.  Charlie McAvoy, a restricted free agent, has been retained by the Boston Bruins in a three-year deal worth a reported $14.7 million.  The 21-year-old will have to start proving his worth when the Bruins take on the New Jersey Devils tonight in New Jersey.

Jared Spurgeon can top the McAvoy deal by a long shot.  The defenseman for the Minnesota Wild signed a seven-year extension worth $53.025 million, giving him an average of $7.575 million a season.  Spurgeon began his career with the Wild nine years ago, after being signed as a free agent ahead of the 2010-11 season, and hasn’t looked back since then, except to see who slapped him with a stick.  He had a great season last year, scoring 14 goals and 29 assists.  They Wild will take on the Dallas Stars this Wednesday.

The exhibition games are going to prove vitally important as teams get used to a slew of new rules introduced by the NHL ahead of this season.  A number of plays can now be challenged where they weren’t last year.  An unsuccessful challenge will result in a two-minute delay of game penalty and a second will see the team charged with a double-minor penalty, a four-minute penalty.

Starting this year, the offensive team can choose which faceoff circle they want for the draw.  In addition, referees are required to review all major and match penalties.  If an infraction is deemed to not have occurred, or to not have been as egregious as what was called, the penalty will be lowered.  However, some sort of penalty will have to be issued, even if no infraction had taken place.

There are other changes coming, as well, relating to helmets and out-of-play pucks, among others.  The goal is to try to put more points on the board, increase the pace of the game and protect players, all at the same time.  It will be interesting to see if the NHL achieves its target.