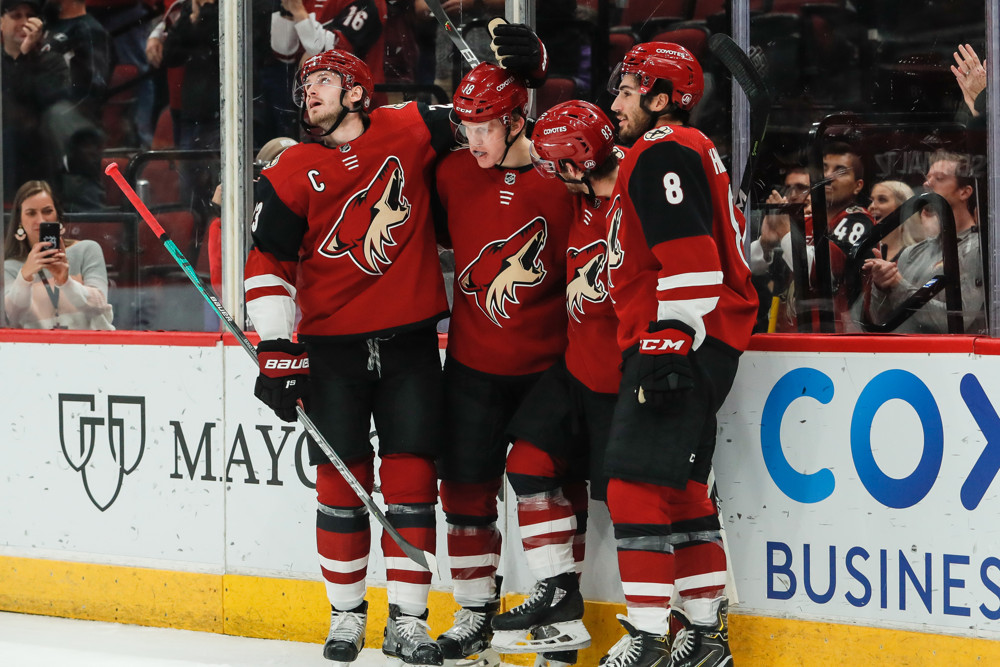 The blades are still getting used to new ice as the NHL season gets underway and pucks are flying all over the place.  Looking at the action, there will be some interesting games tonight and it’s time to break down some of them to see who’s going to push ahead and who’s going to be looking for a new strategy, or a new home.

The Arizona Coyotes are going to take on the New York Rangers and the Arizona squad is in New York to visit Madison Square Garden.  Coyotes aren’t normally cold-weather animals, but the Arizona Coyotes are showing that they’re highly adaptable.  They have started the season 4-2-1, their most recent win a bashing of the Ottawa Senators, 5-2, and are confident they’ll be able to score another victory tonight.  The win against the Senators was notable, given that the Coyotes had to scramble on defense as the Senators were able to take 36 shots.  As the score shows, though, the defense held up nicely.

The Rangers are 2-4, not at all what they had planned for the year.  They just lost a home game to the Vancouver Canucks, 3-2, with both squads taking almost the same number of shots – Vancouver recorded 43 to the 40 by the Rangers.  That showed that the Rangers are able to muster a solid defense, and this is going to be important tonight.  If Mike Zibanejad can keep it together, the Rangers will be able to secure the victory.  However, the smart money is on Arizona taking the win.

The Florida Panthers are rolling out the red carpet for the Pittsburgh Penguins in the first meeting between the two Eastern Conference teams this year.  Pittsburgh is hoping to rebound from its punishment by the Vegas Golden Knights Saturday, while the home team is happy with its latest victory against the Nashville Predators.  It’s not happy, though, that it lost all three of its top line in the process, but they are all expected to return for tonight’s game.

Against the Golden Knights, the Penguins offense looked second-rate.  They have more than likely regrouped and formed a new strategy for tonight’s game and have to be prepared for a desperate Florida team.  The Panthers lost four and it took a shootout for them to win against the Predators.  They have a solid offense, but are lacking in defense.  If they turn that around tonight, they’re looking at adding one to the win column.

The Panthers also have a secret weapon, having just signed Brian Boyle to a one-year deal.  However, since he just came in over the past few days, he isn’t quite synchronized with the rest of the team and this could be costly.  The Penguins are the underdog favorite to win, even though the Panthers are going to be throwing everything they can at the net.

On the other hand, the Red Wings are on a four-game losing streak and have only scored one goal in each of the last three games.  They’ll be going up against a superior offense and a well-established defense, and are going to have a difficult time finding the net.  The Canucks are a virtual lock to win, pushing the Red Wings further away from a run on the Stanley Cup.