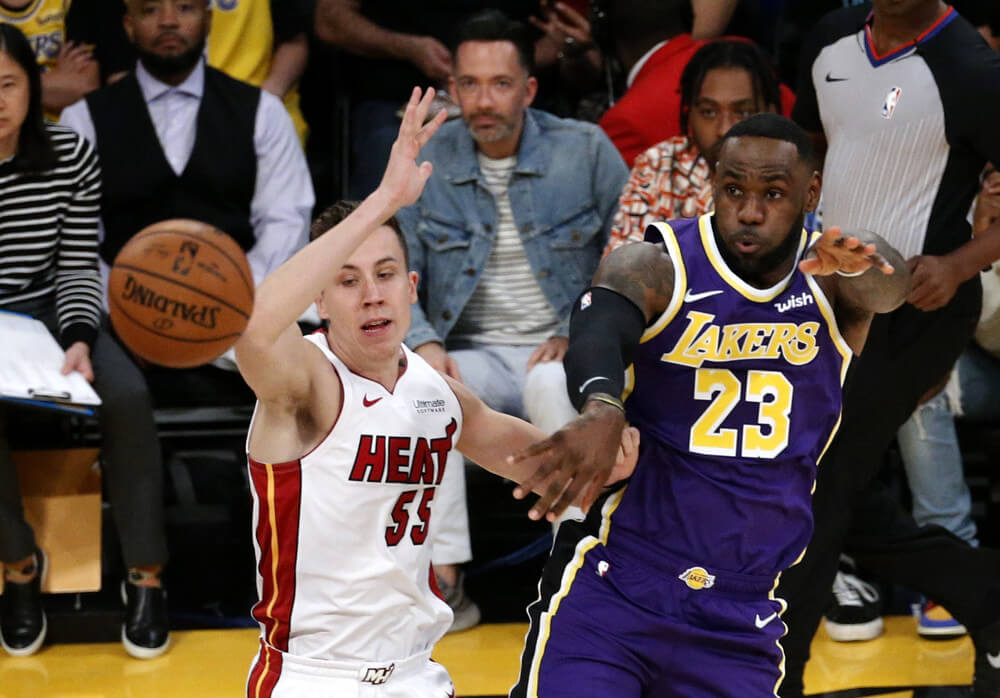 This is it.  The final battle of East and West to determine who will be the 2020 NBA champions.  In March, many thought the NBA Finals would arrive because of COVID-19, and some had called for the season to be completely scrapped.

Luckily, those people were ignored.  The season reboot has proven to be full of awesome action under the net, and the LA Lakers and Miami Heat survived it all to get to where they are now.  It’s going to be a showdown that will make the lapse in basketball worthwhile.

The NBA Finals Crank Up

The first game in the best-of-seven series is only a few hours away, and the Lakers are looking to capture their 17th NBA title.  That would tie the record held by the Boston Celtics, who couldn’t hang on when they met the Heat in the Eastern Conference finals.  For Miami, a 2020 season win would mark the fourth time they’ve taken the title, and the last was way back in 2013.

If the Lakers win, it will mean LeBron James will have captured his fourth title, further engraving his name in the annals of basketball history.  For teammate Anthony Davis, who is looking for his first title, being able to say that he was on the same squad as King James when they won the title would be just another in a growing list of achievements for the star.

It won’t be easy, though, and the Lakers know that they have a huge challenge ahead.  On their way to the Eastern title, the Heat caught fire on the backs of Jimmy Butler, Bam Adebayo and Tyler Herro, and having these on the front lines are going to prove to be difficult for the Lakers.  Herro and Adebayo will be expected to deliver the same outstanding performances they gave against the Celtics and, while James and company have the skill to defend better against them, stopping them won’t be an easy task.

Sizing Up The Competition

Here’s what’s wrong with tonight’s game, at least for the Lakers.  James will be in the game, but he might not be able to give 100%.  He’s suffering with a slight groin injury that will impact his movements.  Davis is also dealing with a minor injury, as are both Danny Green and Alex Caruso.  All four of these are fundamental to a Lakers win and, even though they are expected to play, losing any of their combined strength will give the Heat an edge.

The Heat aren’t looking at any major, or minor injuries.  Adebayo has been complaining about a wrist issue, but this won’t be enough to keep him off the court.  Putting him in with Goran Dragic, Duncan Robinson, Butler and Jae Crowder will get the Heat off to a good start as the action gets underway.  Herro and Andre Igoudala will be there to step in just as soon as their needed to give some relief.

This is going to be an interesting Game 1.  The Lakers typically like to size up the competition in the first game of a series, even if they went after the Denver Nuggets with both barrels from the first tip-off of the Western Conference finals.  However, the thought of King James not being able to give his best leads to some concerns.  The moneyline says the Lakers win – they’re getting -200 – to start the series strong, but the odds of the Heat (+165) pulling off a victory can’t be ignored.

Against the spread, both teams have done really well in this postseason and the Lakers are -4.5 (-110) favorites.  LA has covered in six of its last nine games, while Miami has gone 12-3.  Assuming a Heat win, taking them against the spread would also add a little extra to the bankroll.  An Over/Under of 217.5 seems to be just what these two teams are going to put up tonight, and taking the Over, at -110, is a good option.  The Heat will most likely take Game 1, but whether they can take the title is still debatable.