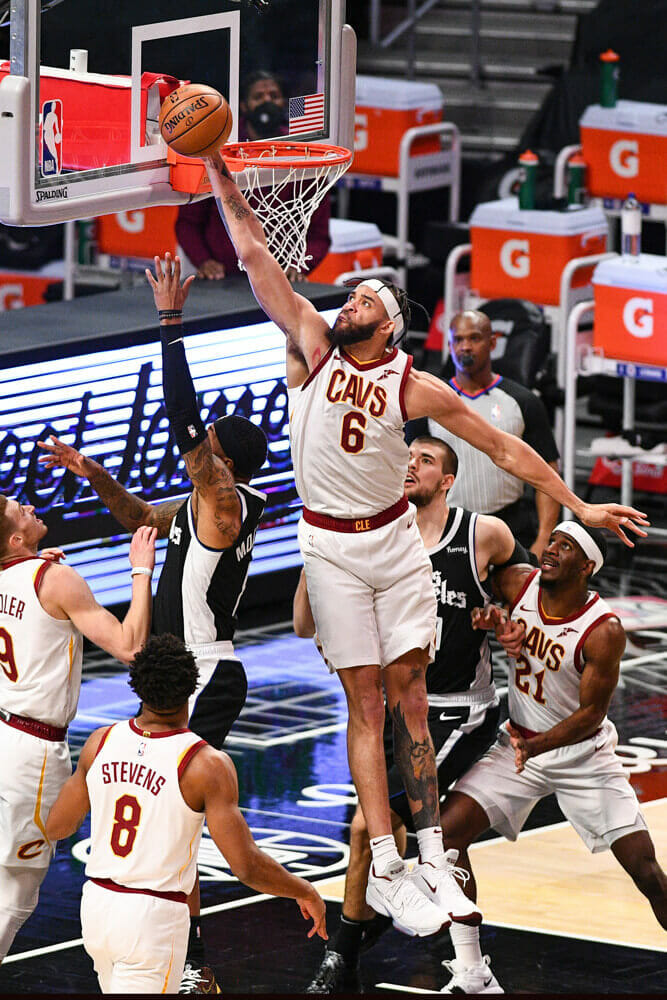 What a better way to finish the weekend than some top-quality games from the NBA. Last night, the teams were exceptional, and some results took us by surprise, such as the case of (SPOILER ALERT) the LA Lakers falling against the Denver Nuggets.

In his first start of the season, Lou Williams felt motivated and scored a season-high 30 points for the LA Clippers.  With that, the Clips defeated the Cleveland Cavaliers 128-111 on Sunday night. It wasn’t a great night for the Cavaliers, as this is now their seventh straight loss.

Paul George and Kawhi Leonard were sidelined on this occasion. Paul is currently dealing with a bone swelling in his right toe, while Leonard has a lower left leg contusion.  Williams has stepped up and has been on fire on his last three games as he scored 23-plus points in all of them. In addition, Marcus Morris also contributed to the victory after scoring a season-best 23 points, while Serge Ibaka finished with a total of 21 points, 9 rebounds, and 6 assists.

For the short-handed Cavs, Collin Sexton got 23 points, while Cedi Osman and Darius Garland scored 20 points each.  As part of what’s coming next for these teams, the Cavaliers will visit the Golden State Warriors today and a five-game trip will be concluded. The Clippers will host the Miami Heat today, as well.

Bradley Beal came back strong to score a total of 35 points, while Russell Westbrook just missed one rebound to get a triple-double and the Washington Wizards managed to beat the Boston Celtics on Sunday, 104-91.  Beal is currently the NBA’s leading scorer, and couldn’t participate in Friday night’s loss to the New York Knicks; however, he came back with a great performance since he hit ten of 11 from the field, made all 11 of his free throws and converted four 3-pointers.

Westbrook managed to get 13 points, 11 assists, and 9 rebounds, while Rui Hachimura also added some extra 15 points for Washington.  For the Celtics, Jalen Brown and Kemba Walker each scored 25 points, and the Celtics have now lost six of their last ten.  The Wizards will now host Houston today, and the Celtics will host Denver tomorrow.

Mason Plumlee had a great night for the Detroit Pistons after closing in on his first career triple-double. He managed to finish with 17 points, 10 rebounds, and 10 assists and that helped the Pistons beat the New Orleans Pelicans 123-112 on Sunday night.  With only 2:30 remaining on the clock, Plumlee came with his final rebound, and the Pistons have now won back-to-back games for the first time in this current season.  For Detroit, Josh Jackson led the scoring table after getting a total of 21 points, and his teammate Svi Mykhailiuk added 18 more.

When it comes to the Pels, Brandon Ingram and Zion Williamson scored 26 points each, but New Orleans couldn’t keep its impressive start and this is now its third consecutive loss.

Next for these teams, the Pistons are going to host the San Antonio Spurs, while the Pelicans will be visiting the Memphis Grizzlies on Tuesday night.

The LA Lakers could never recover after the amazing performance shown by the Denver Nuggets, who won 122-105 on Sunday night.  Nikola Jokic was on fire for the Nuggets and managed to get his sixth triple-double of the season. On the other hand, the Lakers’ Anthony Davis re-aggravated his sore right Achilles and, once he left the game in the first half, the Nuggets took advantage of it.  Now, the Lakers are just waiting to get Davis’ MRI results.

Denver, in its third straight win, is looking forward to keeping it that way. Jamal Murray scored 25 points while Zeke Nnaji and Facundo Campazzo scored 16 and 15 points, respectively.  The Lakers are now visiting Minnesota on Tuesday, and the Nuggets begin a four-game trip Tuesday night in Boston.