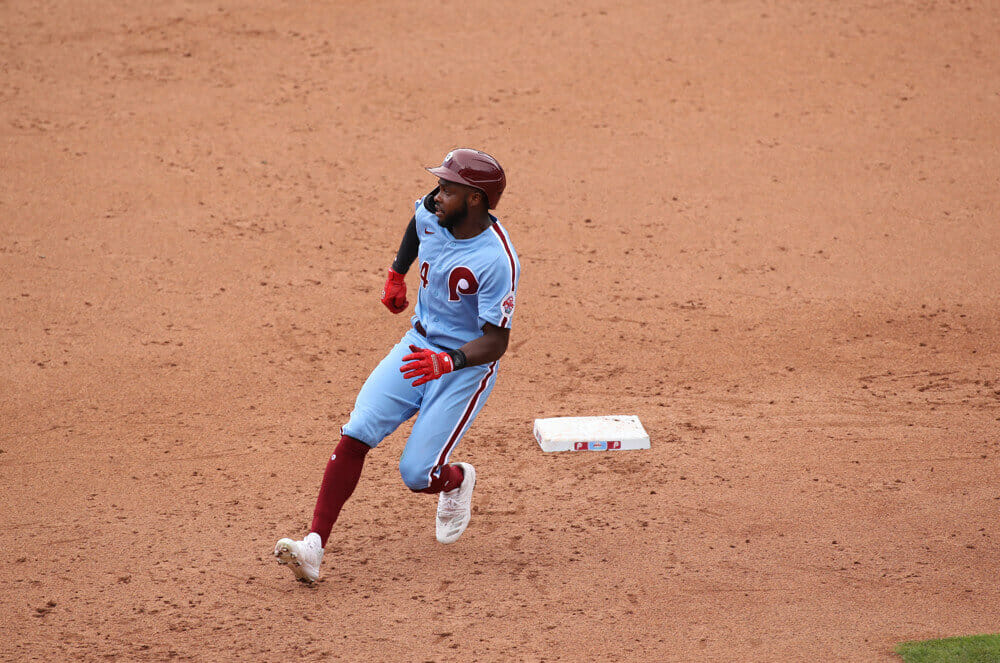 While much of sports talk right now centers on protests and boycotts, this doesn’t mean that there’s not room to talk about other things. The Philadelphia Phillies’ Roman Quinn has impressed teammates and everybody within MLB, as he is now officially the fastest player in the league.  He is running faster than ever, and some might compare him to characters like The Flash.

Quinn’s speed is just amazing.  His average sprint speed is 30.4 feet per second, which puts him without any doubt as the fastest player in the MLB, according to Statcast. Quinn has achieved a metric that would be most likely hard to break by anyone else. In fact, nobody else is faster than 29.9 feet per second. Quinn sped up his pace on Tuesday when the Phillies won their game against the Nationals at Nationals Park.

His scores overall were very good; he batted for a single in the seventh, stole second, then went on to third on a passed ball, and finally scored on a grounder to stop Trea Turner, with the infield playing in, then conquering an elusive slide to beat the tag from Kurt Suzuki.

The only moment when Quinn slows down is during plays at home plate. This was compared to the film “The Matrix,” as Quinn’s approach is almost in slo-mo.

Quinn reacted to this comparison on Wednesday afternoon and said, “It’s funny that you say that.  It definitely slows down. It slows down a lot, just because I pay more attention to the position of the catcher and how he’s catching the ball and how I can beat him to home plate without him tagging me. It kind of brings me to my football days of just slipping a tackle and trying to beat that guy to the end zone.” Quinn still has a long career path, having made his debut with the Phillies back in 2016.

Quinn’s speed has always been one of the best. His sprint speed was 30.1 feet per second in 2019 and 30.2 per second in 2018. He was in fifth and second place in the league during those seasons, respectively.

Quinn was asked if he could feel the difference between an extra 3.6 inches per second, and he said he could, and that he is also moving a little faster than before for the Phillies. The reason behind this could be is because he lost weight. Now he weighs 170-173 pounds, as compared to 175-178.

Quinn says he feels proud to be the fastest player, and it’s a mark that nobody can overcome, at least for the moment.

There is evidence that supports Quinn’s record since his speed is timed, and he adds, “I put in a lot of work. I’m always reading scouting reports. [First-base/baserunning coach] Paco [Figueroa] will always send me, especially starting pitchers, their times before the game, their [pick-off] move. He also lets me know that when I’m on first base. I’m always aware and trying to utilize stuff like that during the game.”

Quinn explains that his Phillies teammates are dazzled by his speed and it’s a blessing for him. This guy has a lot of talent, and there’s a lot more to see out him going forward.