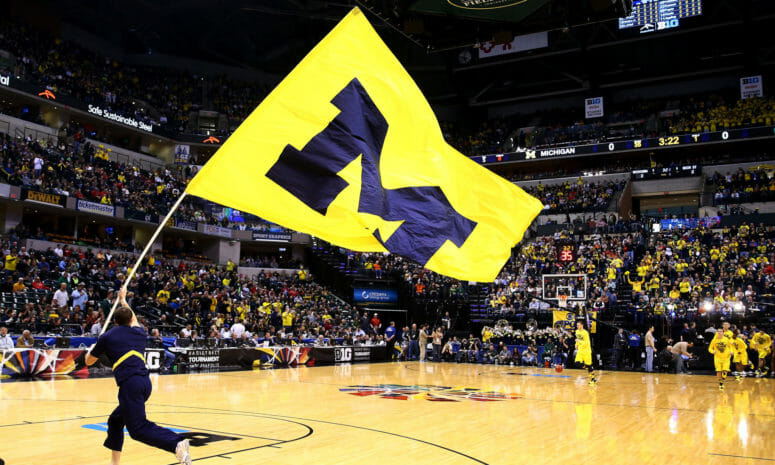 March Madness gets going next Wednesday, March 10, and NCAA basketball teams are making their final push to be able to secure a bracket position.  Some won’t have a chance, while others are already cemented to run deep in the championship series.  The latest college basketball rankings give an idea of who has a good shot at a title and who is going to need to start getting ready for another season.

The Gonzaga Bulldogs continue to make history, now sitting at 24-0 on the season.  They have won all their WCC games by an average of 24.1 points and continue to sit at the top of the rankings.  The Bulldogs are definitely ready to thrill in March Madness.

The Michigan Wolverines have maintained their spot at number two on the list, going 12-1 in the first two quadrants and 18-2 overall.  They have scored double-digit wins against several teams and are poised to show off in the upcoming championship series.

The Baylor Bears are in third place for the second consecutive week after losing the number-two spot a few weeks ago.  They are 19-1, with the sole loss coming against the Kansas Jayhawks.

The Illinois Fighting Illini are now 12-6 in the first two quadrants and 19-6 overall.  Of those six losses, five came in Quadrant 1 defeats, and Illinois will get off to a strong start in March Madness, but might find issues down the road.

The West Virginia Mountaineers have gone 11-6 and 6-1 in their last seven.  Those latest wins include victories over Texas, Kansas and Texas Tech as the team maintains its spot at number five.  The Mountaineers deserve to be kept on sports gamblers’ radars in March Madness.

The Alabama Crimson Tide just took the SEC championship for the first time in almost 20 years and are 20-6 overall.  They sit in sixth in the rankings and are looking to make history by taking the NCAA championship.

The Iowa Hawkeyes are 18-7 and 11-7 in the first two quadrants.  They have taken five of their last six, losing just one to Michigan.  This has kept them in seventh place in the rankings, but things are going to be a little shaky for the team in the postseason.

The Ohio State Buckeyes are still in eighth place, even through they dropped to 12-6 in the first two quadrants.  That came after they lost to Michigan State last Thursday, but outstanding victories, including those against Illinois and Wisconsin, give them some added juice for March Madness.

Cougars Look To Push Ahead

The Houston Cougars are 20-3 overall, but 7-2 in the first two quadrants.  They also added one more loss in Quadrant 3, which is why they’re ninth in the rankings.  They haven’t moved since last week, but need to work on their offense if they expect to make a strong showing in the postseason.

The Arkansas Razorbacks are 9-1 across their last ten games, picking up wins against both Alabama and Missouri along the way.  They sit at 20-5 overall, and are set for a worthy March Madness appearance.  However, some issues may be coming.

Elsewhere on the list, the Oklahoma State Cowboys jumped three spots to 14.  This comes thanks to a five-game winning streak, but trouble might be ahead.  The Cowboys face Baylor tonight in a game that will determine the team’s postseason fate.

The Texas Longhorns, the Loyola Chicago Ramblers and the Creighton Bluejays all dropped one sport, now running 15-17 on the list.  The Longhorns have seven Quadrant 1 losses, Loyola Chicago just became the MVC champs for the third time in four years and Creighton lost its game against the Xavier Musketeers this past Saturday.  With the exception of the one-spot jump by the Missouri Tigers to 25, the rest of the list remains unchanged from last week.