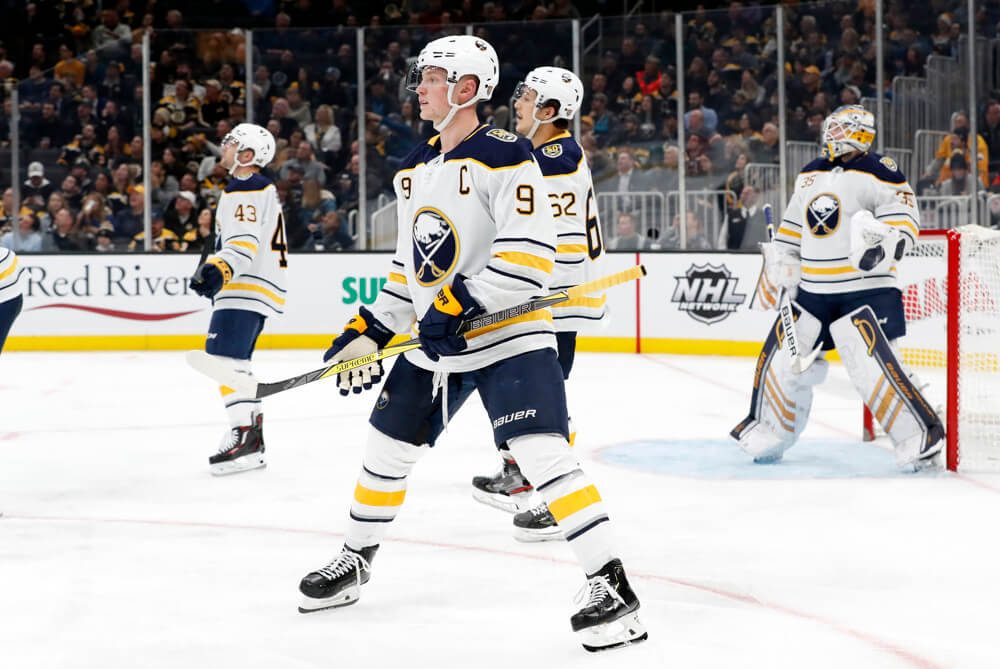 It’s Founders Night for the Buffalo Sabres and (spoiler alert) they’re going to show their pride as they beat the New Jersey Devils.  The Sabres have only been performing decently this year – neither too great nor too poorly – and are 12-10-5 so far.  Going up against the Devils at home will be a walk in the park and is the first of our picks for Dec 2.

Wrapping up the celebration will be a victory dance by the Sabres club.  Left winger Taylor Hall may be performing well for the Devils this season, but not good enough.  With number-one draft pick Jack Hughes out due to injury, the Devils are down one of their major offensive linesmen and this, coupled with the Sabres skill and excitement, are going to be too much.

The Chicago Blackhawks are going to host the St. Louis Blues, but if anyone’s going to be singing the blues, it’s going to be the Blackhawks.  They were already in a bad position going into tonight’s game, thanks to a 10-11-5 record, but Andrew Shaw will have to pass on an appearance on the ice due to an injury.  Dylan Strome and Drake Caggiula, both forwards, are already out, as well, and defenseman Duncan Keith and goalie Robin Lehner are also out for health reasons.

The Blackhawks have lost five of their last six NHL games and going up against the defending Stanley Cup champs was never going to be easy.  This is the first time the two teams have met this season, and there shouldn’t be any surprises.  With the number of injuries the Blackhawks are dealing with, coupled with a strong 17-5-6 Blues, everyone knows where this game is headed making it an obvious pick for Dec 2.

The LA Kings and the Anaheim Ducks are going to meet in Anaheim tonight and both teams are fairly evenly matched.  The Kings are 11-14-2, to the 11-12-4 record of the Ducks, and the Freeway Face-Off is going to be hot on the ice, as well as in the stands.

The Ducks got off to a really good start this year before finding difficulty in their more recent games.  They’ve run into trouble on both offense and defense, but their victory against the New York Islanders, who saw their 17-game winning streak come to an end thanks to the Ducks, showed that they still have the skills to keep things moving forward.

The Kings are 6-3-1 across their most recent ten games.  Jonathan Quick and Jack Campbell have done a better job protecting the net and the team is beginning to look like the Stanley Cup champs they were five years ago.  This game is going to be important to both teams; not only because of the rivalry between the two, but because a victory is going to help increase the odds of a playoff spot.

As obvious as it seems, this game comes down to one thing – shots on goal.  The team that takes the most chances is going to win.  In the end, when the ice has been shaven, the Ducks are going to take the victory, but just barely.

That’s it for the Sports Intel daily picks for Dec 2, see you tomorrow!