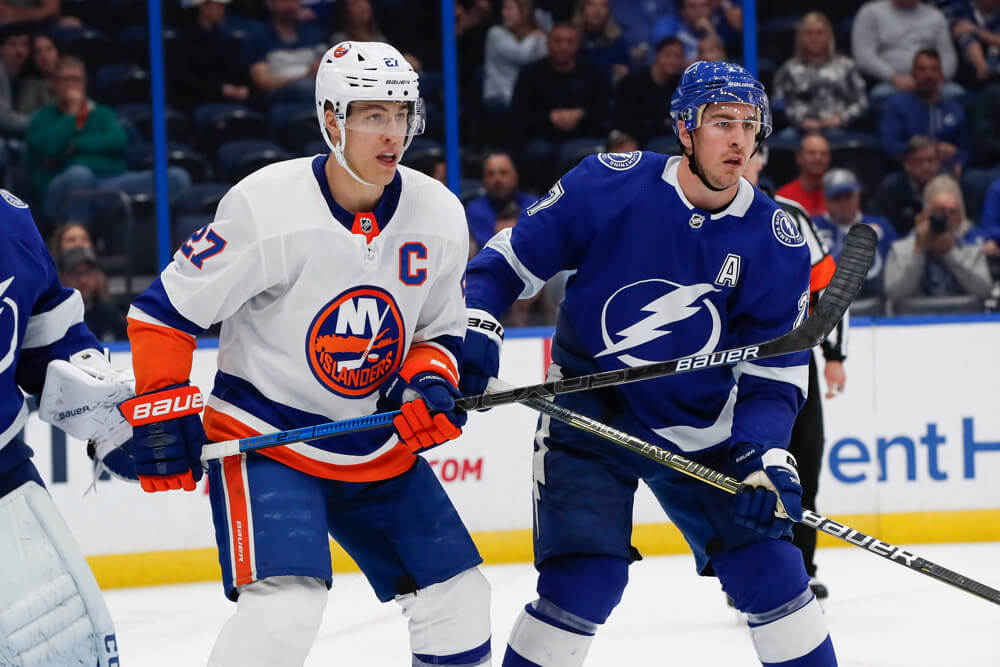 Everyone’s been so busy talking about the start of the NFL season, the NBA Playoffs and the MLB’s hot action that the NHL has to be feeling neglected.  The race to the Stanley Cup is here and hockey’s summer success, as well as that seen in all the leagues, is definitely worth talking about.

All major sports leagues, after a couple false starts, figured out how to get out of the blocks strong and keep within the lanes.  It’s been a great year for sports, despite everything, and the NHL Eastern Conference postseason match between the New York Islanders and Tampa Bay Lightning face off in a hot game tonight.

Only one NHL playoff team has been able to recover and win after dealing with a 3-1 series deficit in the series before the Stanley Cup Final.  That was the New Jersey Devils back in 2000, who actually won the Stanley Cup.  The Islanders now find themselves in a similar situation, running into Game 6 of their series against the Lightning down 3-2.

In fact, the Islanders might have a good chance of pulling it off if history is to be repeated.  Their GM is none other than Lou Lamoriello, the same man who took the Devils all the way through in the come-from-behind title win 20 years ago.

The Islanders managed to extend the series by taking a double-overtime victory in Game 5, which puts pressure on both teams.  Islanders head coach Barry Trotz referred to this and said, “Put it this way.  We have one life left.  They have two.  You tell me who has more pressure.”

On the same matter, Lightning coach Jon Cooper commented that both teams are dealing with high levels of pressure.  However, he has learned to handle his emotions and those of his team wisely in order to avoid an escalation of negative feelings.  He explains, “Maybe five years ago in this situation, you come off an overtime loss and you’re kicking the can.” He also said that one of his biggest lessons learned was to not react based on conflict and adversity.

On the other hand, Lightning center Brayden Point has had a lot of success in postseason contests.  He has 25 points in 16 postseason games and seven points in three matches against the Islanders.  All of them resulted in Lightning victories.  However, he wasn’t able to play in either Game 3 or 5 – the two games the Islanders won – and it still isn’t clear if he’ll be in for Game 6.

If Point is out tonight, it could mean that Anthony Cirelli steps in again to anchor Ondrej Palat and Nikita Kucherov.  That playing modality was a plus-3 in scoring chances in Game 5; in Game 4, it was a plus-6.

Cooper says of this, “You don’t want to put guys in a position where they’re not going to be productive, and so anytime in my history of when guys have been hurt, they don’t play the same way.  Sometimes you have to protect them from themselves.”  He adds, “But in this situation, I’m hoping it’s not the last time we’re going to see Pointer, and we might be able to see him as early as tomorrow night.  I don’t have the answer for that.  But to answer your question, we put the player first, and then we just go from there.”

Tonight’s game has a goal total of under-5 (+115), which has already hit twice in this series, making it a good option for some action.  Tampa Bay is getting -209 or more, while New York is looking at +140.  Because of their performance in Game 5 and an 8-2 victory in Game 1, give the Islanders the benefit of the doubt and take the moneyline.