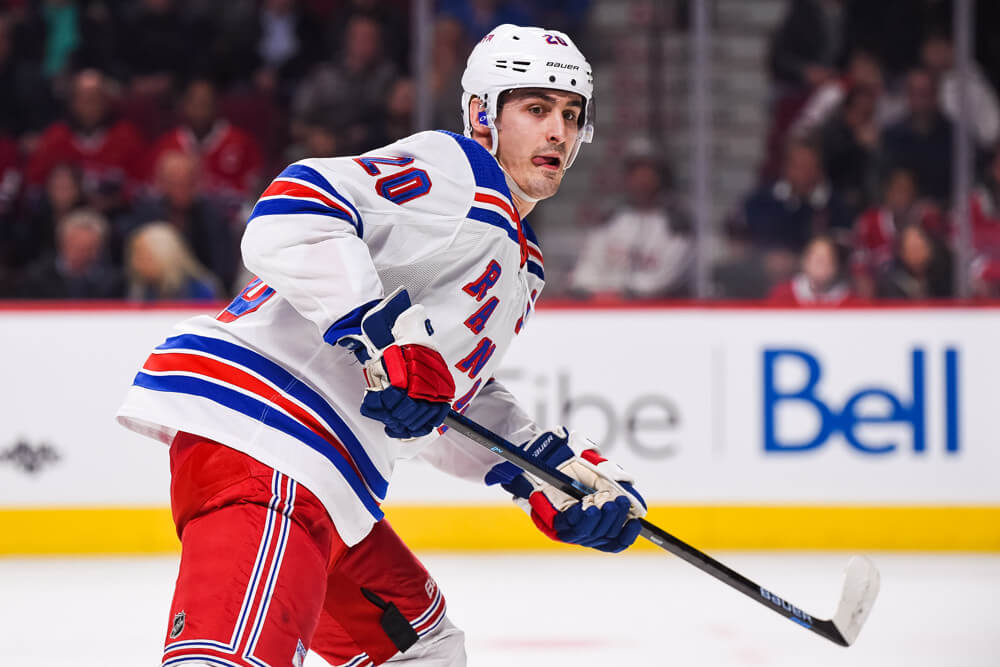 The NBA trade deadline is today, and there is a lot of last-minute shuffling in the works.  Not to be left out of the action, the NHL will see the end of its trade period with the deadline in a few weeks, and deals are beginning to heat up as clubs find their anxiety levels starting to go through the roof.  A few trades are actively on the books, with others hanging out in the wings until something more productive surfaces.

The St. Louis Blues might seriously be considering taking Chris Kreider off the hands of the New York Rangers.  He’s an unrestricted free agent and could easily fill the spot left by Vladimir Tarasenko after he departed due a shoulder injury earlier this season.  Looking at only a possible return in April, Tarasenko still wouldn’t be in good enough shape to be a force for the team, and swapping him for Kreider allows the Blues to start gathering strength ahead of next season.

The Ottawa Senators might be ready to give up Jean-Gabriel Pageau, despite the success he has brought an otherwise lackluster team.  He only has a couple of months remaining on his contract and the Senators may look to trade him for more than one player in an attempt to strengthen its line.  It wouldn’t be surprising to find him skating for the Edmonton Oilers or the Calgary Flames next season.

Kyle Turris could be released by the Nashville Predators well ahead of the end of his contract.  He hasn’t produced the defensive talent that had been expected, and Nashville is in serious need of a reorganization.  Finding someone willing to buy his contract might be difficult, but the Predators aren’t going to give up without making a concerted effort at finding him a new home.

The Carolina Hurricanes haven’t been shy about their desire to steal Robin Lehner away from the Chicago Blackhawks.  If a deal is to be done, now is the time to do it, as the Blackhawks are about to have a number of players eligible for unrestricted free agency, and the team needs as much free capital as possible if it plans on building a winning team for next year.

One player who most likely won’t be going anywhere as NHL trade deadline approaches is Darnell Nurse.  The Edmonton Oilers alternate captain has been in almost constant talks with the team, and it seems that a two-year extension might soon be signed.  It isn’t a deal set in stone yet, but Nurse wants to stay with the team and might be willing to hang on for the reported $6 million a year he might be offered.

Elsewhere on the NHL ice, Buffalo Sabres forward Sam Reinhart was more than a little frustrated after his team lost to the Colorado Avalanche yesterday.  He scored the only goal the Sabres put in the net in the 6-1 loss and places the blame for an embarrassing group performance squarely on his teammates.  Talking to reporters after the game, which led to Buffalo now being 11 points off a playoff spot, he said, “I think it’s all coming down to the players at this point… Guys need to demand more out of themselves, and a lot of guys need to step the hell up.”

The NHL team without a name is losing one of its scouts.  Seattle, rumored to most likely be considering the name the Seattle Krakens, is parting ways with Ulf Samuelsson after the 55-year-old decided that he wanted, if a team would give him a chance, return to coaching.  He has already had one chance, in his native Sweden, and is keeping his hopes up that a spot at an NHL coaching job may come available.  Of course, the former player listed on the all-time “Dirtiest NHL player” list may find it more difficult than he imagines.

Sports and beer go hand-in-hand.  It’s a fact and should be listed somewhere in the Constitution.  Chris Wagner of the Boston Bruins is helping to keep the dream alive, helping in a collaborative effort between his team and Harpoon’s Seaport brewery to create a Bruins-themed beer.  Called Don’t Poke the Bear, it is expected to be released sometime this month, and Wagner has literally had his hands in the pot, stirring hops and offering his pale ale proficiency to make the perfect brew.