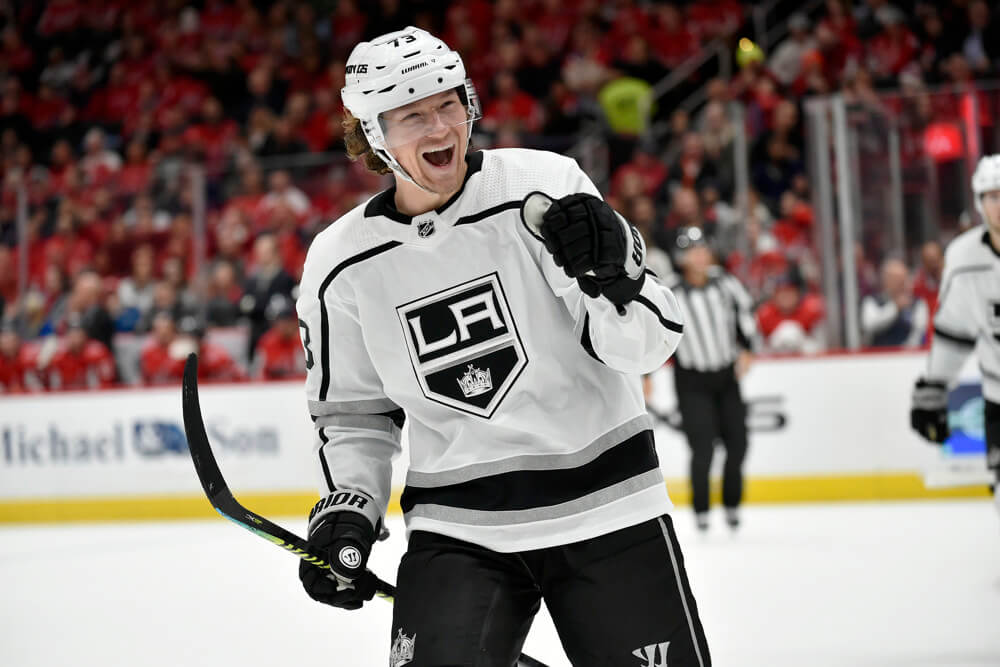 February 24.  That’s the trade deadline for the NHL teams can make any trades, and there’s no doubt that some coaches are staying wide awake at night, thinking about talks and what they’re going to do.  Some of the more recent deals have seen Marco Scandella go from the Montreal Canadiens to the St. Louis Blues and Brenden Dillon from the San Jose Sharks to the Washington Capitals, but there are still a number of negotiations going on.

With essentially only four days remaining, it’s time for the last-minute desperation dance for some organizations.

The Vancouver Canucks are 32-22-5 and currently sit third in the Pacific.  They just picked up Tyler Toffoli from the LA Kings, sending Tyler Madden in his place, and the forward is going to be a welcome relief to an injury-riddled team. With playoff possibilities on the line and several key starters out of commission, including Brock Boeser, the Canucks are almost certainly not done making deals as they try to keep their postseason dreams alive.

Alex Martinez of the Kings wouldn’t be at all surprised if he were suddenly clearing out his locker at some point in the next couple of days.  He only has a year left on his six-year contract, and a trade is a real possibility.  Martinez takes it in stride, though, telling reporters, “I’m certainly aware of the situation and I’d be lying to say that I didn’t think about it.  We’re all human beings. That said, I’m a professional and I knew what I signed up for. It’s a business and I’m going to continue to play hard, no matter where it’s at.”

The Canucks aren’t the only team in the league to be fighting to overcome a long list of injuries.  The Colorado Avalanche have issues of their own, and the chances of seeing an appearance to fight for the Central Division in the postseason just got a little weaker when Mikko Rantanen was injured Monday night in a game against the Tampa Bay Lightning.  He is out of commission for at least several weeks, and the Avalanche are definitely going to need to find extra help, especially since they’re already playing without Matt Calvert and Philipp Grubauer.

The Toronto Maple Leafs may have already resigned themselves to understand that a playoff appearance is out of the question.  That seems to be the only explanation for their recent performances, which have seen two shutouts in as many games.  The team has had a rough year, including the firing of former head coach Steve Babcock, and hasn’t been able to recover.  Still, they remain at third in the Atlantic with a 31-22-8 record, and might try to give a last-ditch effort to make it to the postseason.

Whether or not the Blues need to make any last-minute trades depends mostly on the performance – or lack thereof – of forward Vladimir Tarasenko.  He’s been out of the game since October 24 due to a dislocated shoulder, but has recently begun to practice with his squad, and is showing promise once again.  GM Doug Armstrong is watching him closely and, if he isn’t ready to play soon, Scandella may not be the only player to be traded away.

Milan Lucic recently admitted that he almost hung up his skates early this season.  After a slow start and a less-than-stellar performance by his new team, the Calgary Flames, he says that he began questioning whether or not hockey was for him anymore.  Things turned around with former associate coach, and current interim head coach, Geoff Ward, who helped motivate him back into form.  No one would have blamed him if he had retired – he’s played 900 games in the NHL and has a Stanley Cup win to brag about.

The Blues, the NHL and hockey fans got a little bit of good news yesterday.  Jay Bouwmeester, who suffered a cardiac episode in a game against the Anaheim Ducks a couple of weeks ago, is on the road to recovery.  Medical personnel at the Ducks’ arena, the Honda Center, can be credited with saving his life, and the defenseman is now back home and doing much better.

He said in a statement yesterday, “I would sincerely like to thank all of the trainers from both the St. Louis Blues and Anaheim Ducks, as well as all of the first responders, the Anaheim medical staff and the team at the UCI Medical Center for their quick actions on Feb. 11.”