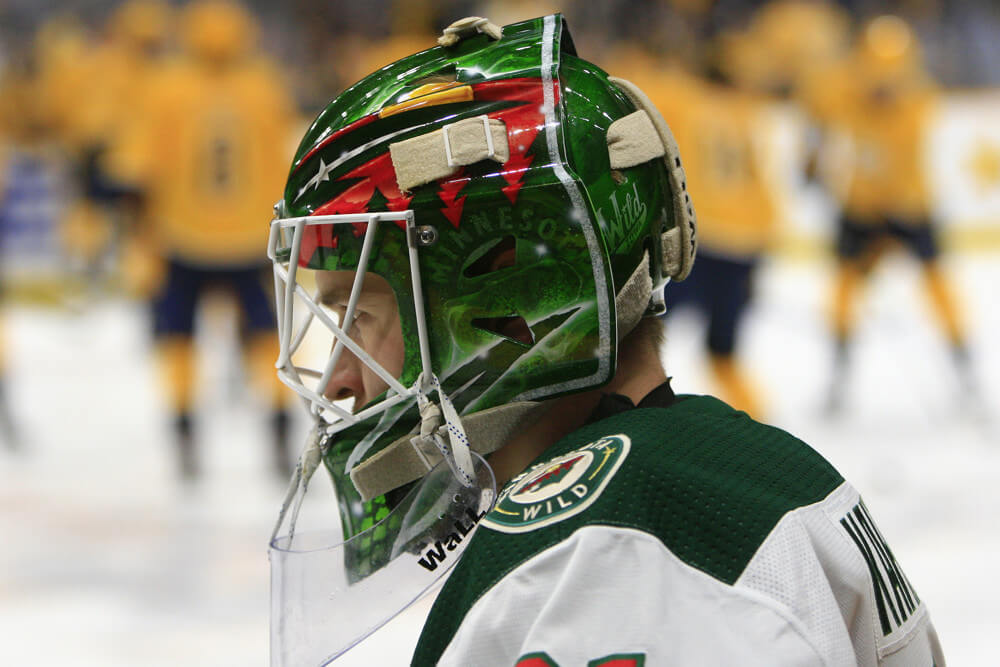 “Wild” and “Devils” often go hand-in-hand, but not tonight, as we look at our daily picks for Nov 26.  The New Jersey Devils will take on the Minnesota Wild in an NHL contest that will end in ruckus.  The two teams are just one point apart in the standings and this rivalry is just getting started.

The two teams are fairly evenly matched, even though the Wild are just a little ahead.  Minnesota hasn’t showed the best skills on offense, however, and this could cost them tonight.  Everyone will be looking to see what Kaapo Kahkonen can do after being called up to Minnesota from the Iowa Wild in the AHL and, if he doesn’t choke in his first NHL game, is expected to be a driving force.  It’s not enough.  The Devils are coming off a little more rest (the Wild had to play last night) and should be able to take the win.

Many hockey fans, even those who normally wouldn’t follow either the Boston Bruins or the Montreal Canadiens, will most likely tune in as the teams battle it out tonight as we look at out second pick for Nov 26.  The Bruins are 15-3-5 and the Canadiens are 11-7-5, which should indicate that this will be one of the hottest games on ice this month.  If Montreal wants to better its record, though, it can’t afford a repeat performance of this past Saturday’s disaster.

Montreal was up twice against the New York Rangers on Saturday – once 4-0 and again 5-3 later in the contest.  However, they slipped and let the Rangers come back to take the win, 6-5.  After controlling the game, that’s just embarrassing.  The defense is going to have to do better against the first-place Atlantic Division team or they’re going to fall once again.

They’ll get a little bit of a boost as Patrice Bergeron won’t be on the ice for the Bruins.  He’s still dealing with a lower-body injury that doesn’t want to let up.  The Canadiens are desperate, though, and should be ready to take more shots on goal.  They haven’t won any of their last four contests and are just barely hanging onto a spot in the playoffs; if they lose tonight, those chances will become almost surmountable.  If goalie Carey Price can do his job, the Canadiens win.  Unfortunately, no one is that optimistic and the Bruins are going to improve their record after tonight.

It’s a slow night for hockey and there’s only one other game on tap.  The Chicago Blackhawks, who have been relatively silent this year, will host the Dallas Stars and are going to try to make a better name for themselves.  Chicago is 9-9-5 on the season, facing a superior 15-8-2 Dallas, and the game will most likely be, for the most part, relatively mundane.

That’s what everyone thought when these two teams faced off this past weekend.  However, the Blackhawks proved themselves to not be such an easy target.  They gave the Stars a run for their money and forced the game into overtime.  The Stars may have ultimately won, but, given their record, the game shouldn’t have been so close.

Anton Khudobin did well in the net for the Stars in Saturday’s game, stopping 38 of 39 shots.  Overall, he has a .929 save percentage, which is much better than what is seen at the other end of the ice.  Goalie Corey Crawford has a .914 save percentage, but he has also had a couple more days to recover and work on his game.  The Stars are favored to win, but I wouldn’t be surprised if the Blackhawks were celebrating after the game is over.

That’s it for our daily picks and parlays for Nov 26, good luck with your NHL betting tonight and see you tomorrow.

Daily Picks Nov 25: 76ers Looking For Revenge
Oddsmakers: Saints To Get Leg Up On Falcons
Get Free Picks & Exclusive Offers