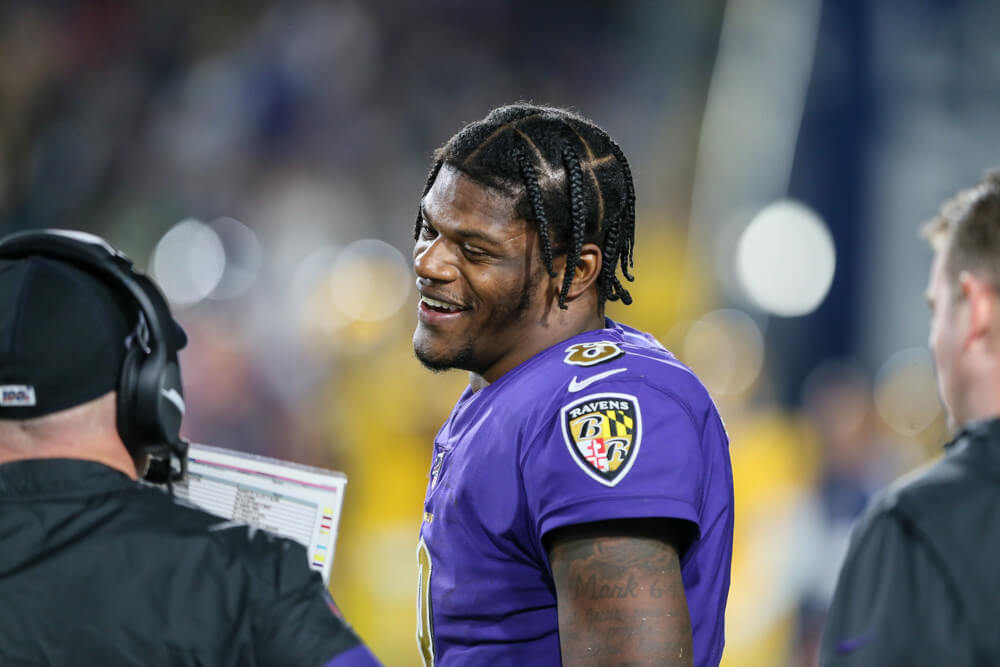 The Ravens Add Another Win On The Season

The Ravens Add Another Win On The Season

The Dallas Cowboys actually looked pretty good for a while in the first quarter of their meeting with the Baltimore Ravens at M&T Bank Stadium at Camden Yards last night.  It was cold and everyone was bundled up trying to stay warm.  However, a few costly mistakes, which have increasingly become SOP for the Cowboys, stopped them from being able to log another win on the season.  They couldn’t find any momentum and fell 34-17.

Veteran quarterback Andy Dalton, in for the injured Dak Prescott for the Cowboys, threw for a touchdown to Michael Gallop at the beginning of the second quarter, but that was only enough to keep them in the game at halftime down just a touchdown.  That was just about the only thing to put on a Cowboys highlight reel for this game.

Dalton did what he could, but the Cowboys this year could well be the worst team in the NFL.  They are certainly in the conversation, along with the rest of the teams in the NFC East.  Dallas could win that division and still be one of the worst teams in the league.

The only race the Cowboys may win is in the NFL Draft, where they will have a chance to pick up some top-five talent to shore up their shattered defense, or perhaps on the offensive line to give their quarterbacks at least a fighting chance to make a play.  It will be a tough decision which way to go.

Considering the lackluster performance of “Greg the Leg” Zuerlein, they might want to draft a new field goal kicker.

Perhaps it goes back to the coaching.  In his past 40 games, coach Mike McCarthy has compiled a record of 14-25-1.  For the money he has to be making, that is not so good.  If Jerry Jones is looking for someone to blame, it should not be too hard to find.

Both the defensive and offensive lines were just short of terrible.  When Ravens QB Lamar Jackson ran for his rushing touchdown, he was looking around in disbelief that no one was even close to catching him.  The old expression that you could “drive a bread truck” through that hole applied here.

Jackson only completed 12 of 17 passes for the evening for 107 yards, but in doing so, he scored two touchdowns and threw one interception.  Looking quite healthy since his time off after testing positive for COVID-19, he rushed for an additional 94 yards on 13 carries, and he scored another touchdown, running the ball up the middle through a wide open Cowboys D line.  The Cowboys have been outscored by a whopping 125 points so far, and the season isn’t over yet.

Jackson is still young, still rough around the edges but, if he can stay healthy, he looks to have all the right stuff to be a first rate NFL quarterback for the Ravens.

Although Dalton was unable to help the Cowboys very much because of a porous offensive line, he did pass for 285 yards, completing 31 of 48 and scoring two touchdowns with just one pick.

Former Cowboy and three-time NFL Pro Bowler Dez Bryant showed up for warm-ups.  He now plays for the Ravens, but he hasn’t played much lately.

During the pre-game, Bryant revealed that he had tested positive for COVID-19 and was pulled from the field at once by the training staff.  The Ravens announced that he was ‘‘scratched from tonight’s game due to illness.’’

Fortunately Dez was wearing a face covering at the time and seemed unaware that he was doing anything wrong.  Later Bryant tweeted, “Yea I’m going to go ahead and call it a quit for the rest of the season…..I can’t deal with this.”

Bryant has signed with three other teams since leaving Dallas, but has never even come close to achieving the level of performance that he demonstrated while riding with the Cowboys.  His return to the NFL next year is questionable.