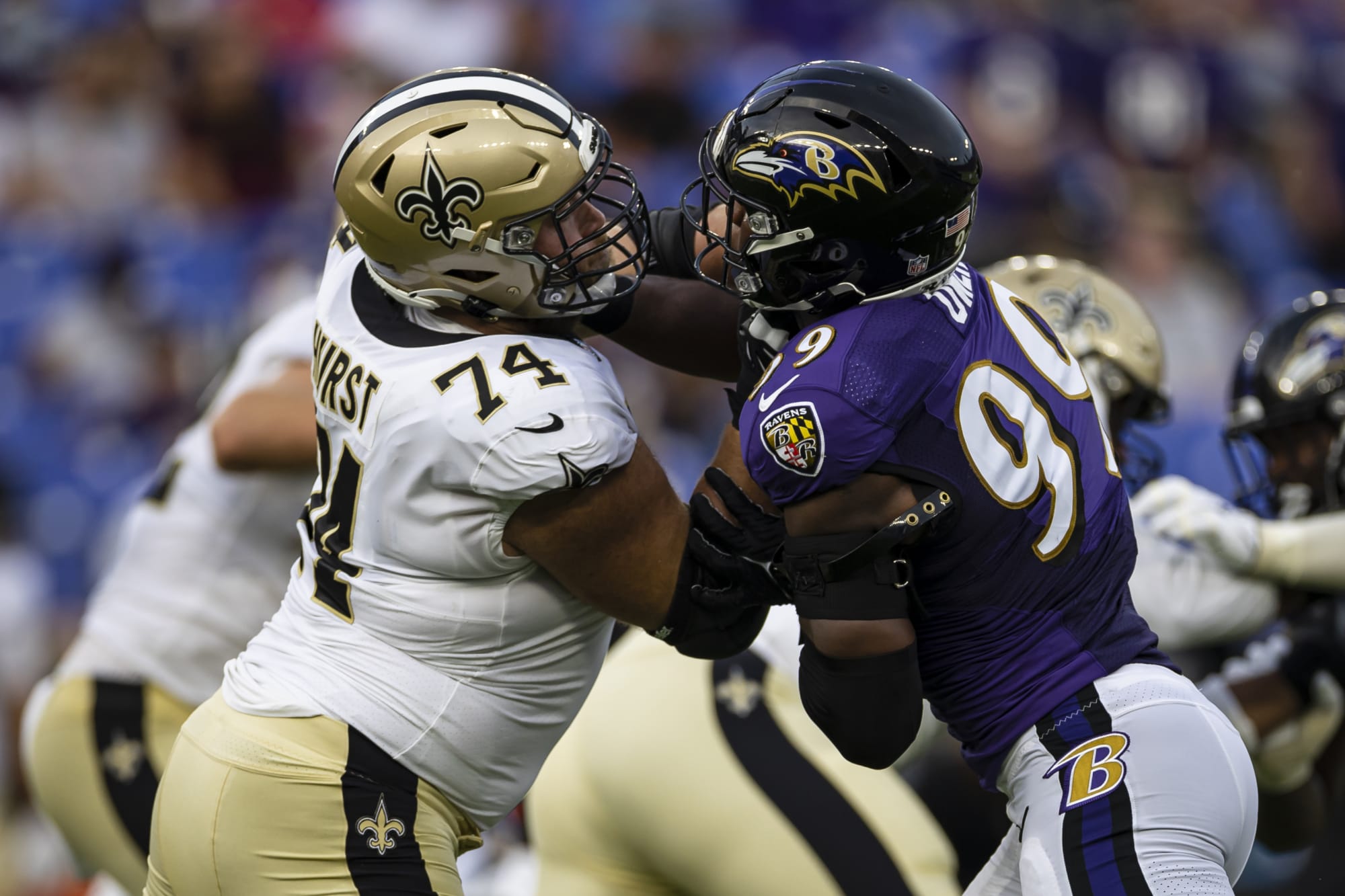 Week 9 of the NFL wraps up tonight with a Monday Night Football clash between the Baltimore Ravens and New Orleans Saints at Caesars Superdome. Both teams continue to make adjustments as injuries have plagued their season.

The AFC North-leading Ravens take on the Saints as they look for their third straight win. The Ravens are 5-3 on the season and currently lead the Cincinnati Bengals by a half-game in the standings. They got their second straight win for the first time this season with a 27-22 road victory over the Tampa Bay Buccaneers last Sunday.

Baltimore comes into tonight’s game ranked 26th in the league in passing with 193.8 yards per game. Unfortunately, it looks like both TE Mark Andrews and RB Gus Edwards with miss tonight’s game against New Orleans due to injury, making their passing offense even more challenging. However, the Ravens are second in the NFL in rushing with 165.5 yards per contest and fifth in scoring offense with 26 points per game.

Lamar Jackson has completed 148-235 passes this season and has thrown for 1,635 yards with 15 touchdowns and six interceptions. He’s made up for his passing deficiency by leading his team with 553 yards rushing on 75 carries and two touchdowns. Jackson is averaging 7.4 yards per carry, and his 69.1 yards per game is 15th in the league and the best among all quarterbacks this season.

Although New Orleans is 3-5 on the season, they can keep a share of the NFC South lead with a victory at home tonight. The Tampa Bay Buccaneers and Atlanta Falcons currently share first place with 4-5 records. The Saints recovered from two straight losses, shutting out the Las Vegas Raiders 24-0 in Week 8, and hope to have their first win streak of the season after tonight’s matchup at home.

Even after dominating the Raiders last week, New Orleans is 28th in the league in scoring defense, allowing 25 points per game. On offense, they’re eighth in the NFL in passing, averaging 253.1 yards per game. QB Andy Dalton has been leading the offense after taking over the starting job from Jameis Winston and is 105-161 for 1,175 yards and nine touchdowns with four interceptions.

The Saints are also near the top of the league in rushing this season, ranking eighth with 141.3 yards per game. Alvin Kamara has 95 carries for 413 yards and one touchdown on the season to lead all Saints running backs. Rookie WR Chris Olave has been Dalton’s favorite target through the air, with 37 receptions for 547 yards and two touchdowns.

Injuries and Mistakes Make the Difference

The Ravens are again dealing with injuries on offense for the second straight season. This could affect their production in tonight’s matchup. Jackson has lost his number-one receiver and best tight end for Monday night, and the team’s best running back will be doubtful for the game.

However, the Saints’ Dalton hasn’t played well in prime time. He looks to break a six-game losing streak in nationally televised games as a starter. One of these was the defeat he received at the hands of the Arizona Cardinals a few weeks ago, where he threw two pick-6s.

The Ravens win to keep the AFC North lead.