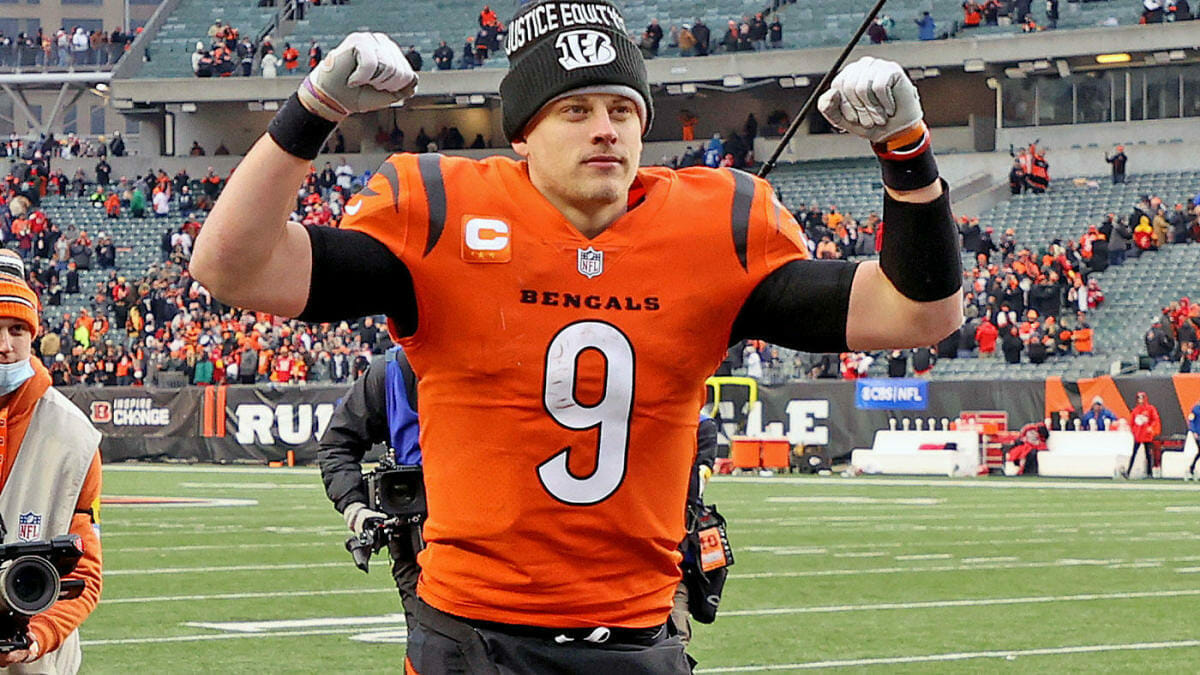 The NFL Conference Championships Are Now On the Line

The NFL Conference Championships Are Now On the Line

The NFL’s 2022 postseason continues on Sunday with the AFC and NFC Championship games. The winners will play in Super Bowl LVI to be held on February 13 at SoFi Stadium in Los Angeles.

The Cincinnati Bengals seek their first berth in the Super Bowl since 1988 in the first of our NFL picks, when they face the Kansas City Chiefs in the AFC Championship game on Sunday afternoon. The Chiefs are hoping to make their third straight trip to the big game and win their second championship in the last three years.

The Bengals are coming off their upset win in the Divisional Playoffs against the number one seed Tennessee Titans. They intercepted the Titans’ Ryan Tannehill three times, the last being with 20 seconds remaining to help set up the last-second field goal to win the game. It was their first-ever road win in the playoffs in eight tries.

Kansas City survived a thrilling game last weekend against the Buffalo Bills in the AFC Divisional playoff. The teams combined to score 25 points in the last two minutes of regulation, with the Chiefs’ K Harrison Butker sending the game to OT with a 49-yard field goal as time expired. The Chiefs then drove 75 yards in eight plays, ending with an eight-yard touchdown pass to Travis Kelce to give them the win.

These two teams met in Week-17 with the Bengals coming from behind to beat the Chiefs 34-31 at home to clinch the AFC North title. Kansas City led by 14 at three different points during the game but Cincinnati receiver Ja’Marr Chase was too much for the Chiefs’ secondary. He caught 11 passes for 266 yards, which is an all-time rookie record for receiving yards in a game, and had three touchdowns.

This will be another close game, this time with the Chiefs getting the win to get to their third straight Super Bowl.

The San Francisco 49ers have accomplished what many thought to be unthinkable at the start of these playoffs as they’ve won two games on the road against the Dallas Cowboys and Green Bay Packers to make it to this AFC Championship game.

The Rams have a chance to do something no team has ever done, which is to host both the conference championship and the Super Bowl in the same season, as the big game is scheduled to be played at the new SoFi Stadium in LA that they share with the Chargers.

The Niners shocked everyone when they came out on top last week against the Packers in Green Bay. San Francisco scored 10 points in the last five minutes of the game to come from behind and get the victory as Aaron Rodgers is now 0-4 against the Niners in the playoffs.

The Rams were able to get a victory against the defending champion Buccaneers last weekend in the third game of the Divisional Playoffs to be decided on the last possession of the game. After getting the ball with 42 seconds remaining, Matthew Stafford completed two huge plays of 20 and 44 yards to Cooper Kupp to get them within field goal range. Matt Gay then kicked a 30-yard field goal with time running out to seal the victory for the Rams.

This will be a close defensive struggle with the Rams moving on to the Super Bowl.