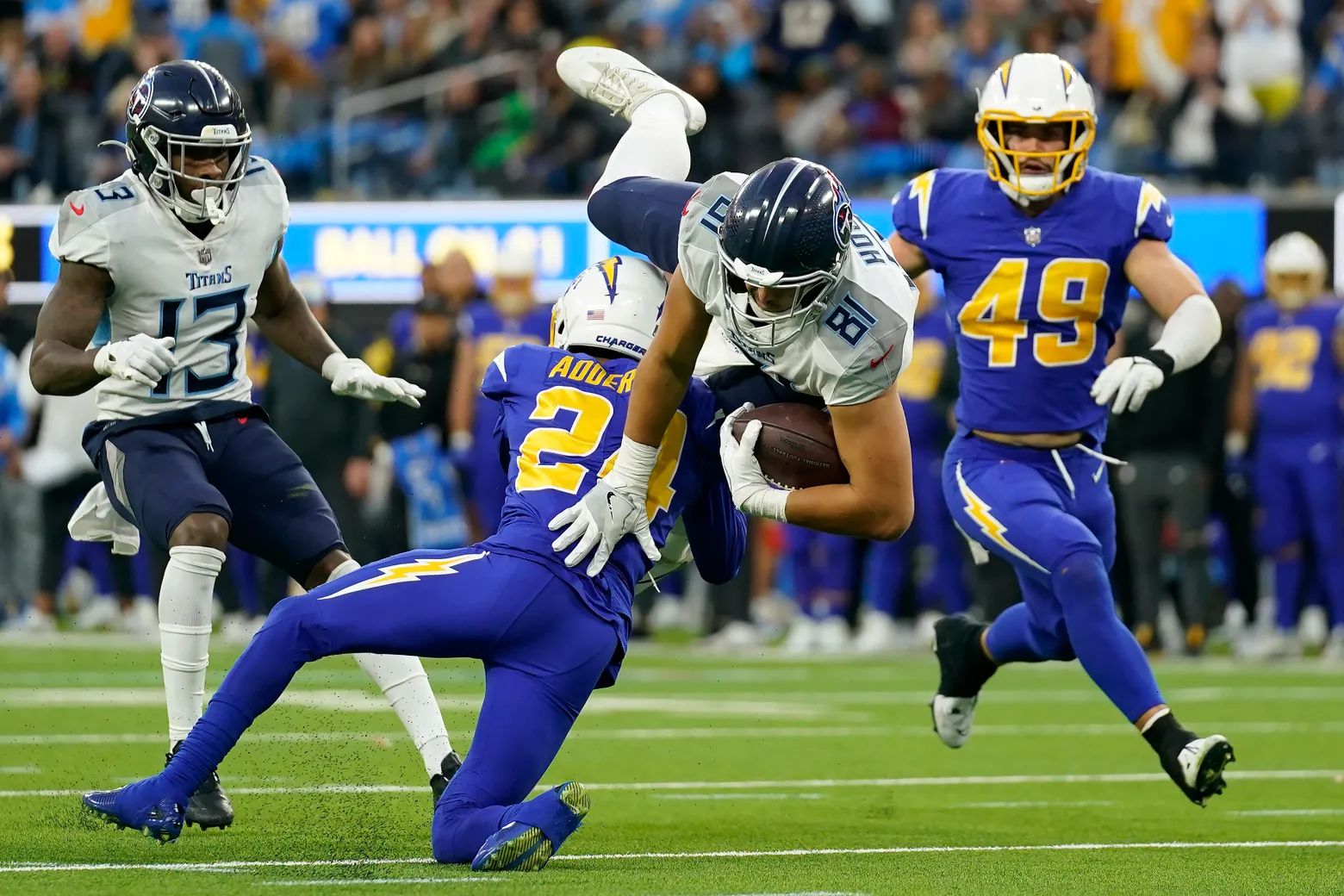 The Chargers Have To Win Tonight If They Expect To Advance

The Chargers Have To Win Tonight If They Expect To Advance

The Los Angeles Chargers take on the Indianapolis Colts on Monday Night Football tonight from Lucas Oil Stadium. The Chargers look to remain in the AFC playoff race, while the Colts hope to end their slump.

Los Angeles travels to Indianapolis to face the Colts and improve their 8-6 record. The Chargers are coming off a crucial 17-14 win over the Tennessee Titans in their last matchup, putting them sixth in the AFC playoff standings, just ahead of the Miami Dolphins. The Chargers have won two straight and three of their previous four games. They can clinch a spot in the postseason with a win tonight.

Justin Herbert is ranked sixth in the league with 4,019 passing yards and has 21 touchdowns and nine interceptions, and his 57.4 QBR is 11th overall. Austin Ekeler is the leading rusher for the Chargers with 692 yards and nine touchdowns. However, he makes up for the lack of yards on the ground by leading all NFL running backs with 95 pass receptions for 635 yards and five touchdowns. Joshua Palmer leads LA in receiving yards with 714 and has reached the end zone three times.

The Colts are now 4-9-1 after allowing the biggest comeback in NFL history last week against the Vikings. They led 33-0 at halftime before allowing Minnesota to get the 39-36 win in overtime.

Indianapolis has lost four in a row and seven of its last eight games, as coach Jeff Saturday has decided to bench starter Matt Ryan in favor of veteran Nick Foles in tonight’s matchup. It’s unclear whether Ryan or Sam Ehlinger will back up Foles against the Chargers tonight.

Indianapolis has struggled all season on offense. They’re ranked 29th in the league, averaging 17.5 points per game, and are 24th in rushing with 105.2 yards per contest. However, Indy has the tenth-ranked passing defense, allowing just 205.6 yards per game through the air. Deon Jackson will be starting at running back tonight, as Jonathan Taylor is out for the remainder of the season since injuring his ankle in the first half of last week’s game.

Michael Pittman Jr. is the leading receiver for the Colts with 86 receptions for 815 yards and two touchdowns. Jonathan Taylor ended his season with 192 carries for 861 yards and scored four touchdowns. On the defensive side, Zaire Franklin is the leading tackler with 141 and is fifth in the league in solo tackles with 85.

The Chargers get the win to clinch a playoff berth.