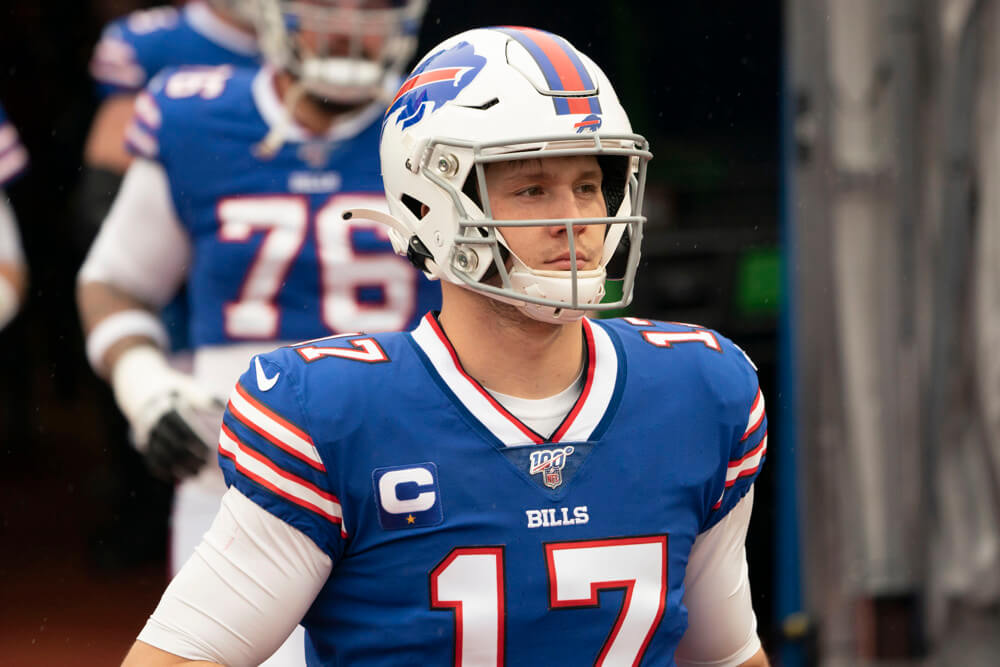 NFL football has made its triumphant return and, with week 1 in our rearview, we can put the lessons learned to good use.  Which fantasy players will shine in week 2 and which should be left on the bench?

Here is a position by position breakdown for standard PPR leagues and DFS of players to target or avoid.

Josh Allen had a phenomenal start to the season in his week 1 victory against the Jets. This week, the speedy Allen gets another plus matchup when the Bills head to Miami to face the Dolphins.

Cam Newton, another running QB, shredded this defense with his legs and I expect the Bills to employ a similar attack focused around Allen.

Allen has also had Miami’s number during his tenure in the NFL, torching the Dolphins on three separate occasions.

Now that Marlon Mack is out of the picture in Indy, Taylor has quickly taken over lead-back duties with Nyheim Hines playing the change of pace role.

Despite Hines putting up betting numbers in the scramble after Mack went down, Taylor is the runner to own on the Colts.

He had 15 touches and seven targets while playing just 33% of the snaps in Jacksonville. Expect those numbers to grow against a weak Vikings defense who allowed the seventh-most fantasy points on the ground in week 1.

Taylor should get most of the work on first and second down, and could put up RB1 caliber numbers against this lackluster defense.

Theilen filled the stat sheet in week one with six catches for 110 yards and two touchdowns.  This while being shadowed by the Packer’s best cornerback Jaire Alexander.

The Colts don’t have a cornerback on the level as Alexander and therefore we could see another monster game from Thielen.

Both Rock Ya-Sin and Xavier Rhodes were largely ineffective against a less talented Jaguars offense.

With Diggs gone, Thielen is clearly ready to step into his role as the lead threat in Minnesota and is a strong WR1 in week 2.

Cook started his season off on the right foot with a five-catch, 80-yard opener for the Saints in week 1. The veteran TE will see even more of a workload this weekend with Michael Thomas out for a few weeks with an ankle injury.

The Saints will naturally lean a lot more on Cook and Kamra in this game with both having the trust of Drew Brees.

This game will against the Raiders is also a nice revenge matchup for the former Oakland TE.

San Fransisco has a good chance to be the highest-scoring defense in fantasy this weekend with the Jets on deck.

The New York offense was a mess heading into week 1 and things got worse in a hurry.  Le’Veon Bell is already on the IR, which leaves Sam Darnold without one of the few real weapons they actually possess.

Goff failed to throw a single touchdown pass last weekend against the Cowboys and will have to show me a lot to earn my trust this year.

I’d keep him on the pine this week against a Philly secondary who is brutal at home.  So brutal in fact that only the Ravens have given up fewer fantasy points to QB’s on their home turf since the beginning of last season.

It seems the Rams are hell-bent on running first and therefore Goff already has limited value.  I wouldn’t give up on his if he is on your roster, but I’d happily look elsewhere this weekend in a tough spot on the road.

While Gordon did good work in week 1, it’s clear that he’s in a 50/50 platoon with Phillip Lindsay in Denver.

The good news for Gordon owners is that Lindsay went down with a foot injury and is expected to miss a few weeks.  This leaves Gordon to shoulder the workload for the foreseeable future.

So why is he on my sit list this week?

Well, in week 2 the Broncos offense gets a tough matchup with the Steelers.  A Steelers team that held Saquon Barkley to -6 yards in the first half and just 15 carries total.

While Gordon is talented, he’s not on Barkley’s level.  If the Steelers blanked one of the best backs in the league, I don’t have much faith for Gordon to do any better in week 2.

The Carolina Panthers has a fantastic trio of wide receivers in Moore, Robby Anderson, and Curtis Samuel. While this is great news for the Panther’s success, it doesn’t make for great fantasy football stars.

So far each of the three aforementioned wideouts has seen equal work in this system.  This despite the assumption that Moore would be the feature of Teddy Bridgewater’s passing attack.

The Buccaneers did a great job containing No. 1 receiver Michael Thomas last week to the tune of just 17 yards.

If the Bucs make it a point to focus on Moore, he might lay a similar egg as Thomas did in week 1. If Moore is your number one you might be in a no-win spot here.  But, if you have options, I think he’s best left on the shelf against Tampa Bay.

Despite playing 54 snaps in week one, Doyle was targeted just four times by new QB Phillip Rivers.  The wideouts and even running backs saw far more inclusion in the passing game in what might be an indication of how this offense will function.

The loss of Marlon Mack will free up some touches, but not nearly enough to make Doyle a commodity in fantasy.

The matchup against Minnesota doesn’t help matters either with the Vikings defense very skilled at shutting down opposing tight ends.

The Texans defense gets yet another unfortunate matchup to start the season after opening the year against the Chiefs.

Much like last week, the Texans can be ignored in all formats this weekend against one of the most electric offenses the league has seen in years.

The Browns D/ST was held to not a single point last week and while the Texans should fare a bit better, it won’t be nearly enough for week 2 consideration.