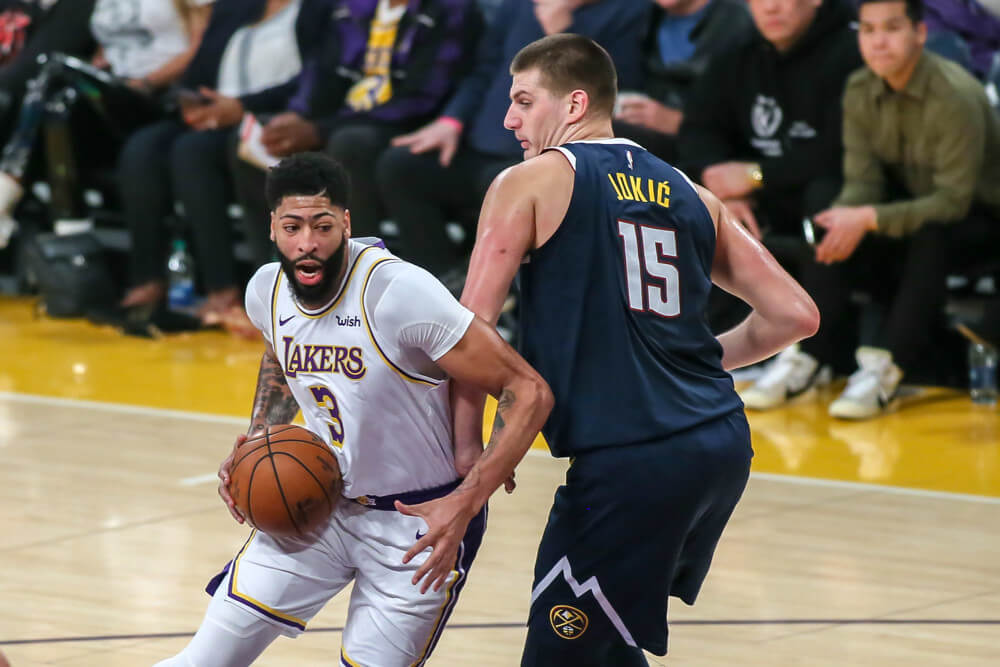 There’s only one game in the NBA Bubble tonight, but it’s an important one.  As the playoffs are now completely underway, the LA Lakers look to make easy work of the Denver Nuggets in Game 1 of the Western showdown, and tonight will get the competition rolling.

While many had expected to possibly see the LA Clippers make it to this point for a California battle, the Nuggets came back from behind to take the semifinals and advance to the conference finals against the Lakers.  At this point, barring any extraterrestrial interference, the Lakers aren’t expected to have too much difficulty in taking the series.

LeBron has the experience and the knowledge to know better than to get cocky.  While the Lakers are the odds-on favorites to win the Western, even the three-time NBA champ recognizes that the Nuggets aren’t where they are because of a fluke.  He calls them a “very resilient, very confident, very driven, very well-coached team,” and isn’t going to let his guard down.

Unfortunately for the Lakers, King James may not even be able to assist the Lakers tonight.  He’s dealing with a groin injury, as is guard Dion Waiters, and neither is a definite for the game.  LeBron is probable, while Waiters is doubtful.  In addition, point guard Rajon Rondo is listed as questionable, currently dealing with a bad back.

The Nuggets Can’t Be Dismissed

Even if LeBron and Rondo are in, this doesn’t mean the game is a lock for the Lakers.  In this postseason, they are 0-2 in postseason Game 1 action, which could continue into this next series.  LeBron likes to spend some time getting to know his opponents on the court for a game or two before he moves in for the kill.

Undoubtedly, the Nuggets are going to want to rely heavily on Nikola Jokic.  He was on fire against the Clippers, keeping his field goal percentage in the high-50 range, and his shots from beyond the paint were fairly consistent.  The Lakers will want to try to keep him in check as much as possible, but he isn’t the only talent on the Nuggets bench.

The Lakers are getting -278 in this Game 1, while the Nuggets are looking at +225.  If the Lakers’ Game 1 history holds true, the Nuggets could actually win tonight, which would be great news for those willing to take a chance on the dogs.  If something a little safer is the target, the Nuggets at +7 (-110) on the spread is a good option.  Denver has been able to cover in five of the last six games played, and tonight’s matchups are going to result in some fascinating action.

There’s always the Over/Under, as well.  That sits at 211.5 (-110) tonight, and the Nuggets have seen the Under hit in seven of their last eight games.  However, this game is expected to produce a lot of shots, with each team predicted to score around 110 points.  With that in mind, taking the Over might be a better choice.