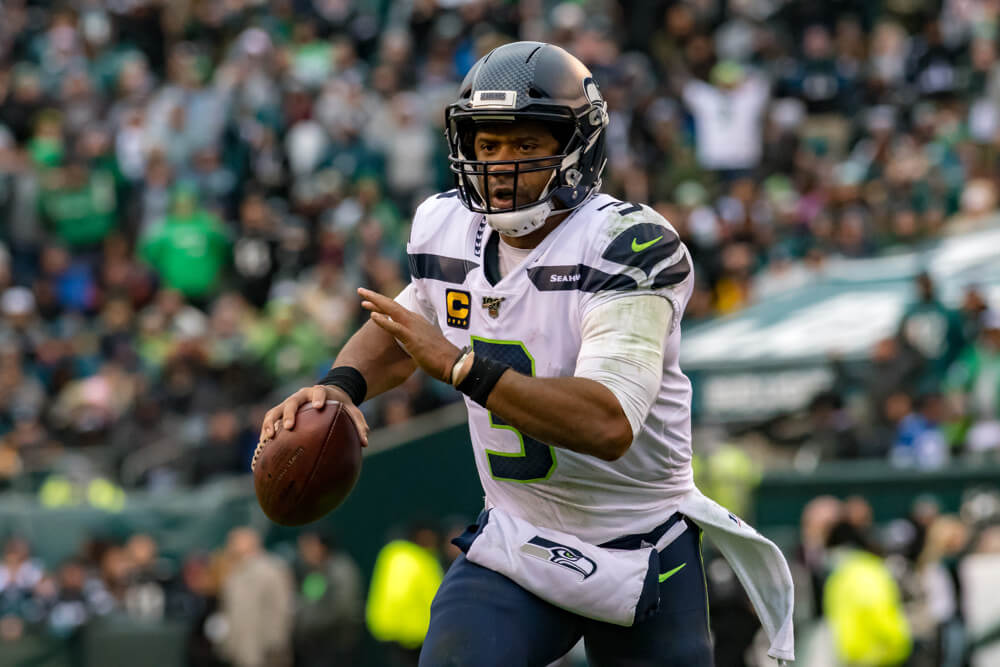 Week 12 of NFL action has turned out to be one of the longest weeks of NFL football this entire season.  What were supposed to be three big games on Thanksgiving turned out to be only two, as COVID-19 issues led NFL Commissioner Roger Goodell to take the Pittsburgh Steelers/Baltimore Ravens game out of the Thursday night slot and move it to Sunday afternoon.

Then, the game was moved once again, so now we are going to have a Tuesday Night Football game.  By late Monday, there was talk of moving the game to Wednesday. No problem – there’s nothing wrong with football almost every day of the week.

The Seahawks and Eagles Fly Tonight

The Monday Night Football game has run into a few complications, as well.  Eagles quarterback Carson Wentz is still in concussion protocol and so we are going to get to see rookie quarterback Jalen Hurts starting against Russell Wilson and the Seattle Seahawks when they kick off from Lincoln Financial Field tonight.

However, the last time the Eagles managed to beat the Seahawks at Lincoln Field was in 1989.  Perhaps that is why Philadelphia is a 6.5-point underdog on their own home field.  Tonight, the fate of the Eagles will be in the hands of rookie quarterback Jalen Hurts, who started his college career at Alabama with Nick Saban and later transferred to the University of Oklahoma to play for the Sooners.

Philadelphia now stands at 3-6-1 and has no hope of making the NFL playoffs this year, while Seattle has made great strides this year and now sits on top of the NFC West at 7 -2 alongside the LA Rams.  The Eagles are stuck in the worst division in the NFL, the NFC East, and near the bottom of that.  However, the Eagles will turn to Hurts and hope springs eternal in the City of Brotherly Love. The Seahawks do not have the strongest defense in the division, so, anything is possible in the NFL.

The season does not get any easier for the Eagles after dealing with Seattle, as they then face the Green Bay Packers, the New Orleans Saints and the Arizona Cardinals.

The Steelers Look For Win Number 11

As for the first-ever Wednesday Night Football game, the 6-4 Ravens certainly have their work cut out for them when they get to Heinz Field to take on Big Ben Roethlisberger and his undefeated 10-0 Steelers.  The Ravens are 10.5-point underdogs against the Steelers, and that still might not be enough for them to cover the spread.

Both teams have been hit hard by the COVID-19 virus. Steelers head coach Mike Tomlin gave his team three days off as the Steelers facility is closed due to the virus. Tomlin also announced that second-year running back Benny Snell, out of Kentucky, will get his shot as the starting running back on Tuesday evening as the virus has sidelined James Conner for this game at least.

Tomlin announced last night that there were no new COVID-19 cases reported on the Steelers roster. The Ravens, on the other hand, have been hit hard by the virus, with 11 players and 8 members of the Ravens staff all having tested positive for the COVID-19 virus and under quarantine. Unfortunately for Baltimore, that list includes starting quarterback Lamar Jackson and running backs Mark Ingram and J.K. Dobbins.

The Ravens have now lost three of their last four games and need a win to stay in contention in the AFC race to the playoffs. But the Steelers are defending their undefeated status and will be hard to beat on their own home field.

Pittsburgh’s getting the big advantage in this one, with a moneyline of -435.  However, this game, even despite the COVID-19 issues seen in Baltimore, cannot be viewed as an easy win.  This should be one of the better games this week.