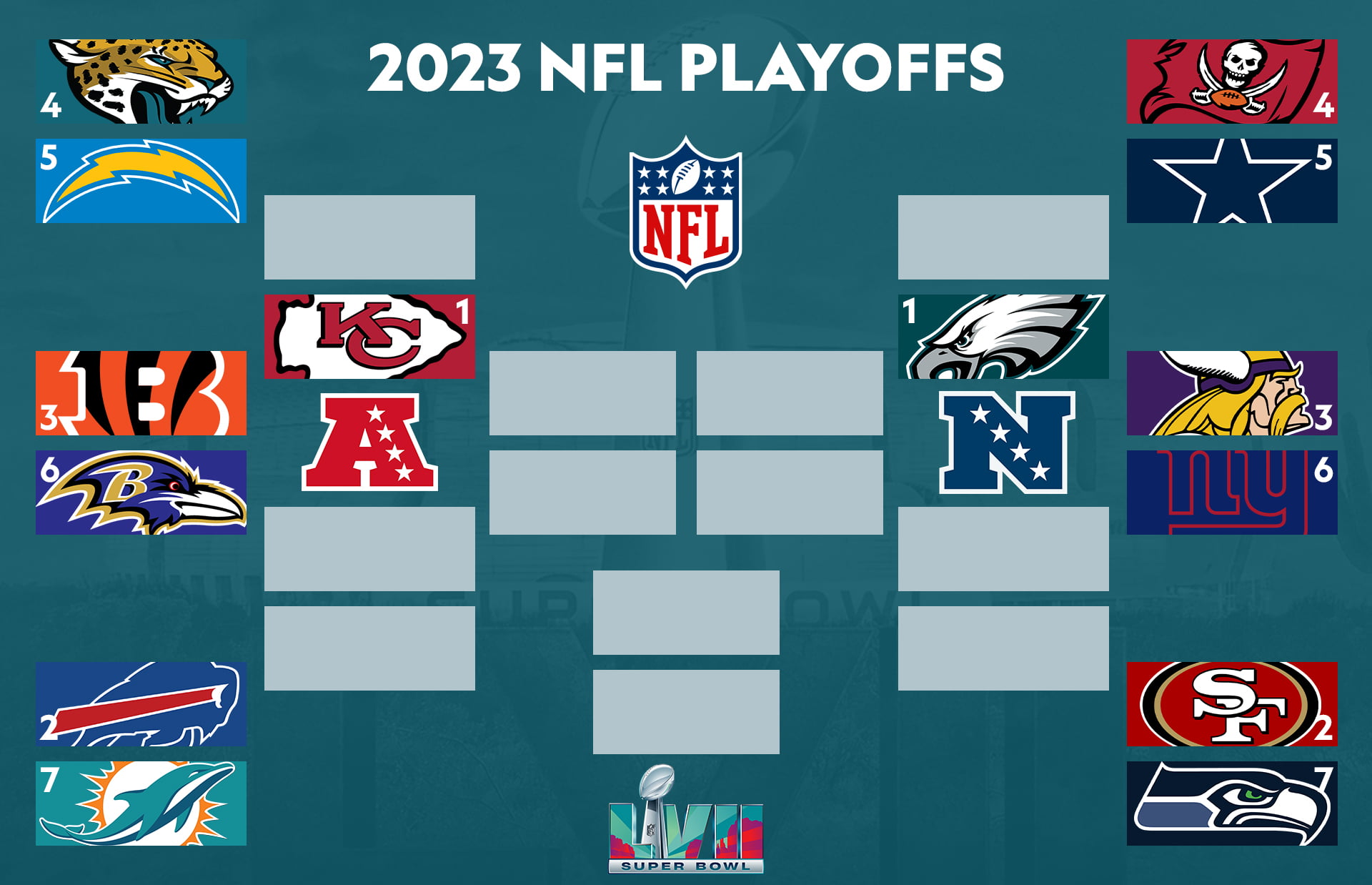 Wild Card Weekend in the NFL kicks off on Saturday with the first of five weekend games to determine who will move on to the next round. Here’s what fans can expect in these exciting playoff matchups.

Division rivals the Seattle Seahawks and San Francisco 49ers meet for the third time this season in the Wild Card round. Seattle finished the season 9-8 and was second in the NFC West. They hope to avenge their two losses to the Niners in the regular season and do better than their 27-7 loss the last time they played at Levi Stadium in Week 2.

San Francisco hasn’t lost since its 44-23 defeat against the Kansas City Chiefs on October 23, ending the season as winners of ten straight games. Their elite players on defense have dominated during the streak, including the Seahawks, who averaged ten points against the Niners this season.

The 49ers win convincingly at home.

The Los Angeles Chargers and Jacksonville Jaguars are featured in the second Wild Card matchup on Saturday. LA is 10-7 and finished second in the AFC West. The Chargers locked up the fifth seed before Week 18 but played their starters last week. As a result, WR Mike Williams was hurt and is questionable Saturday with a back injury.

The Jags are the fourth seed in the AFC with a 9-8 record and winners of the AFC South Division. They ended the season on a five-game winning streak and beat the Chargers 38-10 at SoFi Stadium in Week 3. The Jags’ defense has dominated the previous three games, giving up 7.3 points per contest.

The Jags get the close win at home.

The seventh-seed Miami Dolphins will play against their division rivals, the second-seed Buffalo Bills, in the opening game on Sunday. QB Tua Tagovailoa failed to clear concussion protocol and will miss this matchup. Without him, Miami has little chance of competing in this contest.

The Bills hold the number two seed in the AFC and ended the season on a seven-game winning streak. They battled the Dolphins in their matchup at home last month and came away with a 32-29 victory to clinch a playoff berth. Josh Allen threw for 304 yards and four touchdowns to lead the Bills.

Buffalo holds serve at home to move on to the Divisional Round.

The New York Giants take on the Minnesota Vikings on the road for the second time since Week 16 in this matchup. New York finished as the sixth seed in the NFC with a 9-7-1 record and looks to avenge a 27-24 loss here three weeks ago.

Minnesota won the NFC North with a 13-4 record and finished as the third seed in the conference. They won three of their final four regular season games and are looking for their fifth straight win at home. QB Kirk Cousins threw for 299 yards and three touchdowns in the first matchup vs. New York.

The Giants win to get the first playoff upset on the road.

The sixth-seed Baltimore Ravens again travel to Cincinnati to face the number-three-seed Bengals. Baltimore QB Lamar Jackson is doubtful for this game after nursing a knee injury for the past five weeks, meaning the Ravens can expect another beating like the one they took last week, 27-16, at Paycor Stadium.

Cincinnati looks for its ninth straight win on Sunday against the Ravens’ 24th-ranked passing defense. Baltimore will have a long night against Cincinnati receivers Ja’Marr Chase and Tee Higgins, two of the league’s biggest deep threats.

The Bengals win big at home to move on.