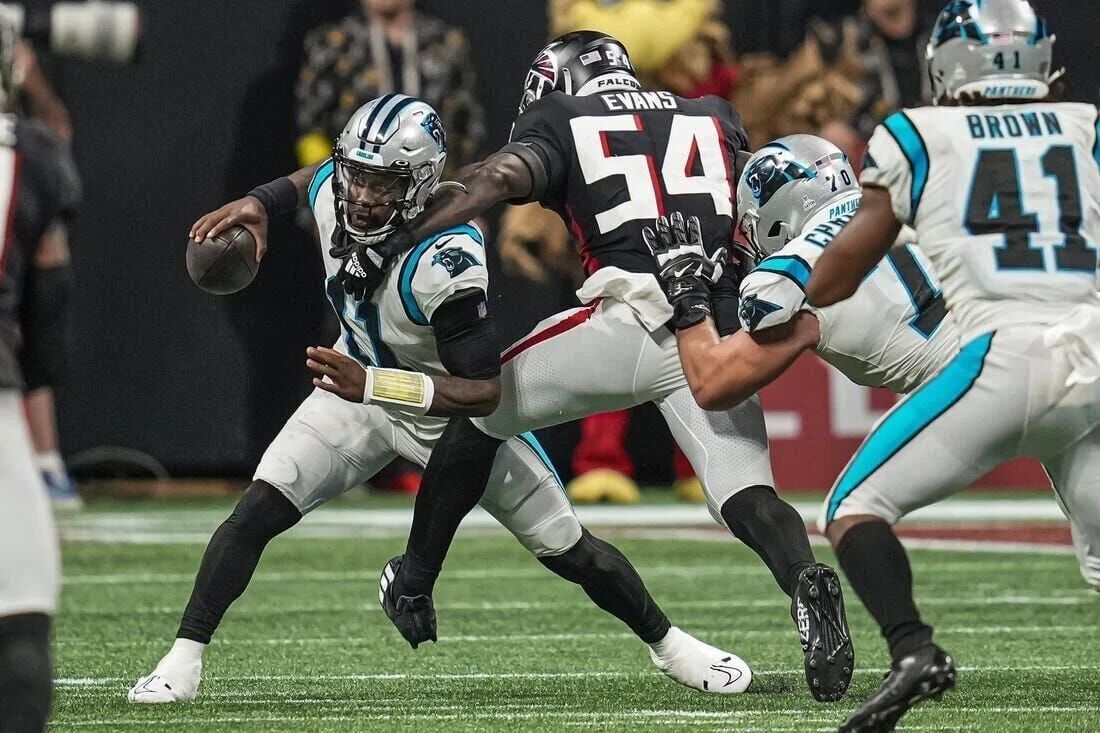 Falcons To Go 2-For-2 Against the Panthers Tonight

Falcons To Go 2-For-2 Against the Panthers Tonight

Thursday night begins Week 10 in the NFL with a key division contest in the NFC, while the NBA has several competitive clashes on the slate. Here’s how the teams will match up in tonight’s action.

The Atlanta Falcons and Carolina Panthers meet for Thursday Night Football from Bank of America Stadium. Atlanta is tied for first with the Tampa Bay Buccaneers in the NFC South at 4-5 on the season.

Atlanta beat the Panthers at home 37-34 in overtime in their last meeting two weeks ago, in a game they should have lost. Carolina missed an extra point attempt in regulation that would have given them the win and followed that up with a missed 32-yard field goal in overtime.

The Panthers are 2-7 and at the bottom of the division standings. Their last win was three weeks ago when they upset the Buccaneers at home 21-3. Carolina has lost two straight and five of the last six games and has yet to get a win on the road.

PJ Walker gets another start at quarterback for the Panthers despite a bad performance in last week’s loss to Cincinnati. Baker Mayfield’s 15.3 total quarterback rating was the worst in the league before Walker took over the starting job.

The Falcons win for the second time on the road.

The Philadelphia 76ers look for their second straight win and fourth in a row on the road tonight as they travel to face the Hawks in Atlanta. The Sixers welcomed back Joel Embiid in their last game against the Phoenix Suns after he missed three games with the flu.

Embiid scored 30 points and grabbed ten rebounds in the 100-88 win. Philly is three games behind the Boston Celtics in the Atlantic Division with a 5-6 season record.

Atlanta had their three-game winning streak snapped last night at home against the Utah Jazz 125-119. The Hawks lead the Southeast Division by two games over the Washington Wizards with a 7-4 record and are fourth in the league in scoring with 116.7 points per game. Trae Young is ninth in the NBA in scoring for Atlanta, with 27.6 points per game, and third with 9.4 assists.

The Hawks will get back into the win column at home.

The Charlotte Hornets and Miami Heat meet tonight as these division rivals fight for position. Charlotte is currently at the bottom of the Southeast Division with a 3-9 record and is 4.5 games out of first place. They’ve now lost six straight games and are just 1-5 at home.

LaMelo Ball has yet to play for the Hornets this season with an ankle injury. They desperately need him to return soon if they hope to stop their descent to the bottom of the league standings.

The Heat have had a disappointing start to the season with a 4-7 record and are third in the division. They fell to the Portland Trailblazers 110-107 on Monday night after leading by eight points with 4:53 left in the game.

The Heat need to find some answers on offense and are currently 27th in the league with 108 points per game. Tyler Herro didn’t suit up for Monday’s game and is questionable tonight with an ankle injury.

Miami should get an easy win at home.