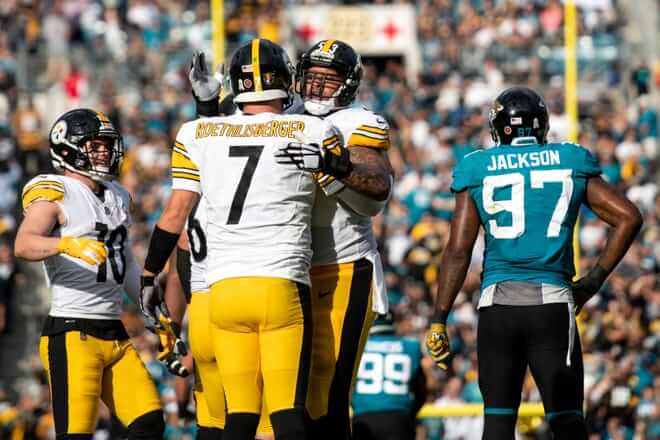 It was the week before Thanksgiving, and NFL fans were grateful that Week 11 finally showed us some of that good old pro football action that we have come to know and love.  It was a week of quarterback stories, great ones and sad ones.  It was the week when players, coaches and fans alike turned their attention to the stats, and towards the looming NFL playoffs.

The saddest quarterback of them all was Joe Burrow of the Cincinnati Bengals, who had a large defensive lineman from the Atlanta Falcons land awkwardly on his leg and blew out his knee.  MCL and ACL, the whole nine yards, gone, out for the rest of the season to be sure, and then who knows.

There were some really good football games that came down to the last few minutes to determine the winners.  Newly arrived placekicker for the LA Rams Matt Gay iced the game for the Rams with a 40-yard field goal with just over two minutes on the clock to defeat Tom Brady and his Tampa Bay Buccaneers.

The Houston Texans brought down the New England Patriots by a touchdown 27-20.  But the shocker of the day was the Dallas Cowboys winning a game, and defeating the Minnesota Vikings on the road 31-28, something that most fans were beginning to think was doubtful to happen this year.

The 10-0 Pittsburgh Steelers with Big Ben Roethlisberger under center look unbeatable and are setting new franchise records now every time they step out on to the field.  The Ravens get to take on Big Ben and the undefeated Steelers next week in what should be a fine battle to watch

All- Star quarterback Patrick Mahomes led his 9-1 Kansas City Chiefs to yet another victory as they avenged their only loss of the year to Jon Gruden’s Las Vegas Raiders in a 35-31 shootout at the beautiful new Allegiant Stadium outside of Las Vegas, the new home of the Raiders who now fall to 6-4, but still in the hunt.

The Tennessee Titans are still hanging tough this season.  Behind the bulldozer running style of Derrick Henry, who rushed for 133 yards and scored one touchdown, the Titans managed to defeat the Baltimore Ravens 30-24 even though the Ravens started the game as 6 point favorites.  Although Tennessee did not get off to the best of starts, they hung in there and forced the game into overtime when Henry took over and iced the contest for the Titans with a 29-yard touchdown run.

Far and away the best smile of the day has to go to New Orleans Saints quarterback Taysom Hill, who looked like the happiest football player on the planet out there in the Mercedes-Benz Superdome in front of a small but enthusiastic crowd.  Standing in for his injured mentor Brees, Hill passed for 233 yards and rushed for an additional 51, scoring two touchdowns in the process.

It is no secret that Hill was pretty much hand-picked by Saints head coach Sean Payton to be the eventual replacement to an aging, but still potent Brees.  Payton just didn’t think the day would be arriving so soon and in such an ugly manner.

The Saints, who easily defeated the Falcons by a final score of 24-9, still have a seasoned quarterback in Jameis Winston on the bench should anything go wrong.  However, after seven consecutive victories, that does not seem likely.  They currently lead the NFC South at 8-2 and are fully expecting to not only make the playoffs but to thrive there this year, even with a new quarterback at the helm.