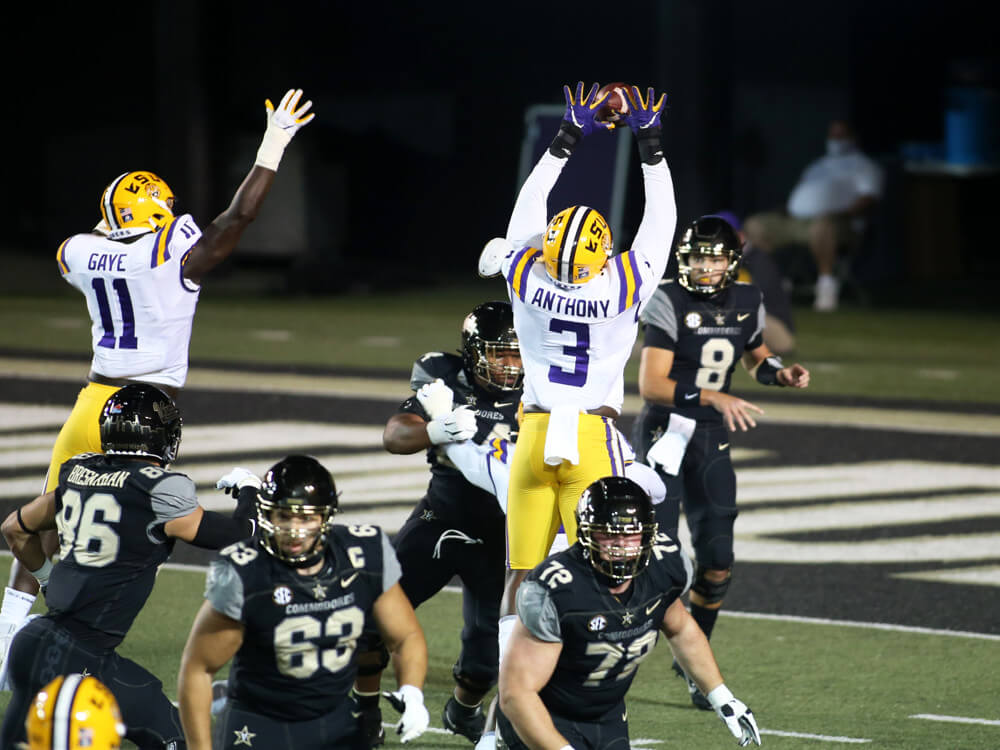 SEC Gets Creative Amid COVID-19 Havoc

SEC Gets Creative Amid COVID-19 Havoc

Never before in the long history of the SEC have we ever seen such a season as this one due to the unwelcome intrusion of the COVID-19 pandemic, which has wreaked havoc with college football schedules all across the land.  Things are still unstable, as more games are being rescheduled because of the coronavirus.

At first, it seemed like the seasons would be canceled for the big conferences.  The Big 10 actually did cancel their season but eventually relented under pressure from alumni and others and is now playing a schedule consisting only of other Big 10 teams.  The SEC followed suit and rescheduled the season with only SEC games to be played.

That made for some interesting matchups and some are wondering why we don’t do it like this all the time.  Now it appears that even more shifting is necessary with the catch phrase ‘consistent with SEC COVID-19 management requirements.’

Now, the SEC games for next week will have a few unexpected twists.  The Missouri Tigers will be hosting the Commodores of Vanderbilt on Saturday.  Vandy was originally going to play at home against Tennessee and Missouri was were going to play rival Arkansas.  Apparently, it was the Arkansas-Missouri contest that had to be postponed due to ‘a combination of positive tests, contact tracing and the subsequent quarantining of various individuals within the Razorbacks football program.

The Vanderbilt at Missouri game was supposed to be played back on October 17, but will now take place this Saturday on the SEC Network.  Missouri was scheduled to play the Georgia Bulldogs on November 14th, but that one also was postponed.

The game between Tennessee and Vanderbilt had to be postponed in order to fit in the rescheduled Vanderbilt and Missouri contest, says the SEC.  Tennessee had a home game scheduled with the Aggies of Texas A&M, but that one has now been postponed due to COVID-19 contact tracing issues and has been rescheduled for December 12.

SEC Commissioner Greg Sankey said in a recent interview, “As we continue to adapt to current realities, it’s important to remain flexible as we move forward in the final weeks of the season.”  He added, “Contact tracing continues to be the biggest contributing factor to game interruptions.  We will continue to manage the remaining weeks of the football schedule to allow for as many games to be played as possible.”

Sankey even speculated that it might be possible to play one or more make up games on December 19, which is the date of the SEC Championship game, but other games could also take place on that date.

Back in early November, the Alabama Crimson Tide was supposed to roll into Baton Rouge to take on the defending national champion LSU Tigers, who are fielding almost an entirely new team this year thanks to the NFL for drafting almost all of the 2019 champion team.  The Tigers beat Alabama last year and surely Tide Head Coach Nick Saban has not forgotten that defeat.  But Saban was cheated out of his revenge game when an outbreak of COVID-19 shut down the LSU football facilities.   However, it does not appear that Alabama has any dates left when they could play LSU.

The big one, the Iron Bowl, is taking place in Tuscaloosa, home of the Crimson Tide, this Saturday between Auburn and Alabama.  It is doubtful that even the governor of Alabama could stop that one, even if he wanted to.  Then, Saban and company go on the road to take on the University of Arkansas at Fayetteville at a time yet to be determined.  After that it’s the 19th and the SEC championship game in which Alabama will surely be involved.

LSU as well still has to play Ole Miss on December 5 and a makeup game with the Florida Gators down in Gainesville on December 12.  Saban might have to wait until next year for his revenge game against the Tigers.