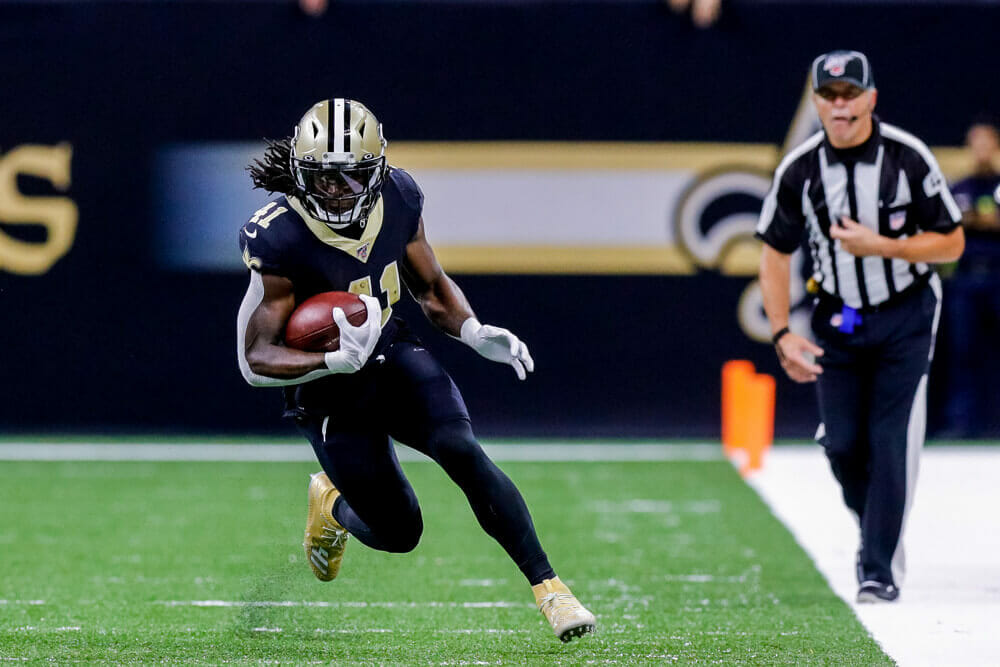 The New Orleans-Tampa Bay game on Sunday holds the promise for considerable fireworks, making this game a bettor’s delight. Here are our top props plays of NFL Week 11, with two of our three picks coming from the Bucs-Saints matchup.

It’s no secret that Alvin Kamara has been one of the best running backs in the NFL over the last few seasons.  His play has helped the New Orleans saints to become one of the more fearsome offensive units in the league.   This season has been a bit up and down for Kamara with injuries and some rare struggles.

Kamara just 90 attempts on the season, running for just 397 yards and a single touchdown.  On the bright side, he has added 236 yards and a touchdown as a receiver.  Not exactly the kind of numbers we have come to expect from him, though it’s important to remember he has only played seven games this year.

This would be a great week for Kamara to have a breakout game and a great matchup for him to do it in.  In the first game between these two teams, Kamara had 16 carries for 62 yards and caught six passes for a mere seven yards.  Kamara has already run for more than 44.5 yards on this team once this year and I fully expect him to do it again.

With Drew Brees back and putting up big boy numbers since returning from injury, the Saints offense has been electric.  Sure, they are a pass-heavy team, but their ground game will need to be established early in order to keep the Bucs pass rush at bay.

It’s true that Tampa Bay’s defense is better than expected under Todd Bowles, but Kamara will get his yards so is the first of our props bets for NFL week 11.  He is also +205 to score a rushing touchdown, another bet I will be considering as kickoff nears.

The Tampa Bay Buccaneers have just three wins on the season despite fielding a very talented roster on both sides of the ball.  Regular miscues and inconsistent play from Winston has resulted in a third-place ranking in the NFC South division, ahead of only the Falcons.  Winston and company have a lot of work ahead of them if they have a prayer of upsetting the current division leaders.

Sure, Winston is a turnover machine and would easily cash this prop if passes to the opposing team counted.  But he is also averaging 348.5 passing yards over his last four games and has gone over 300 yards in six of nine games on the year.

The Saints will put up points, as has most teams this season against the Bucs, and that will leave a lot of work for Winston to try and keep up.  There is a reason why this is the third-highest total on the board after all.

I fully expect Winston to have a huge game against the Saints, at least as far as total yardage goes.  In fact, I wouldn’t be surprised if he threw for more yards than Drew Brees does this weekend.

The Lions own the second-highest deep completion percentage and also the highest deep TD pass percentage in the league.  And with Darius Slay most likely shadowing Amari Cooper all day, Dak Prescott will need to find other receivers to rely on.  With the Lions tendency to give up big plays in the air, I like Gallup’s chances of snagging at least one on Sunday.

He has caught four or more passes in six of seven games this season and is coming off a game where he was targeted 10 times for 79 yards and a touchdown.

Facing off against a much weaker defense than the Vikings, Gallup should have no problem at least matching his output from last week which would put him well over the 57.5-yard mark.

That’s it for our NFL props bets for week 11, we’re confident this will be a good betting week.