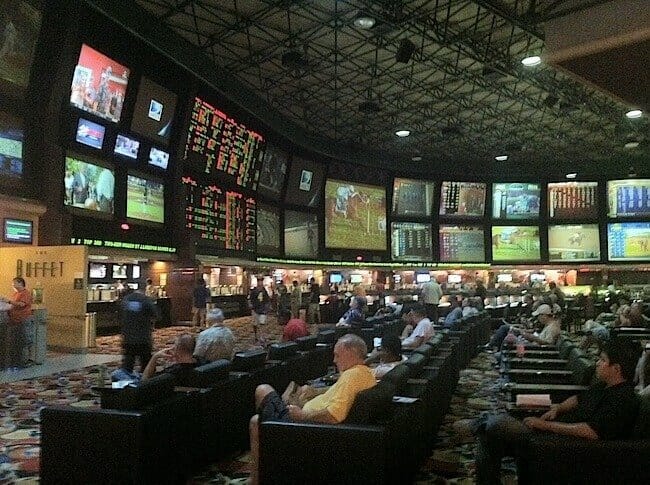 Bettors love props.  Some of these guys will bet on props such as “will the quarterback lose his shoe during the game.” Others just like to get a little crazy, but plenty have figured out ways to win big with prop betting.  With Super Bowl LV right around the corner, sportsbooks are lining up the prop bets and there’s a lot to look forward to.

As would be expected Super Bowl LV has lots and lots of props.  In Las Vegas, William Hill has released over 1,200 ways to wager on the Super Bowl, and most of those will turn out to be prop bets.  Westgate lit up its giant wagering board with over 1,000 wagering options on the Super Bowl.

It is likely that, after being locked up for the better part of a year, some people might go a little crazy with the Super Bowl props, and lots of these are pretty close to 50/50 odds, anyway.  According to John Murray, the sports book director at Westgate, prop wagers make up over 50% of their Super Bowl LV betting handle. Over at the William Hill sportsbook, director Nick Bogdanovich estimated that props account for 40-45% of its handle.

So popular are the prop bets with professional gamblers that there was a line at the Westgate where each bettor was allowed to place two wagers to win up to $2,000 each.  After, they go back to the end of the line and figure out their next move.  Most of the people in line are pegged as wiseguys, also known as sharp bettors, and betting on football game props is a craft and an art all of its own.

There is a big difference in the way the sharp players play the props as opposed to how the normal, everyday bettor plays them.  Generally, it’s exactly the opposite.  The wiseguys will bet the Under and No on most prop bets, while the wagering public likes to bet the Over and Yes.

Murray adds, “A lot of time, they’ll make a bet on something knowing the public will drive the price the other way, and they set themselves up for a big middle.  The only difference this year is we don’t know exactly how much public action we’re going to get.”

Expect the public masses to overinflate the quarterbacks’ numbers; a lot of prop betting will be centered around the play of Tom Brady and Patrick Mahomes.  At present, the Over/Under totals for the Kansas City quarterback are at 27 completions, 41 passing attempts and 318.5 total passing yards.  That little .5 stuck onto the 318 yards is called a hook, beware the hook.

Tom Brady’s Over/Under totals are 25.5 completions, 39.5 attempts and 295.5 yards passing.  Brady, being a veteran, gets three hooks!  Presently, Mahomes, is 16-1 to score the first touchdown in Super Bowl LV.

Mucking Around With Middles

One aspect of prop betting that is not well known to the general public is called middles, which is when bettors try to middle numbers between two books and win both bets.  However, it takes some serious searching plus knowing what you are looking for to even start to play middles.  It is doubtful that anyone is going to show you how to do it.

Carulli says, “You’re digging through a minefield trying to find a little nugget. But, if you find one, it’s a home run.  It’s all who gets to it first.  It’s a feeding frenzy for the people who try to find those.”