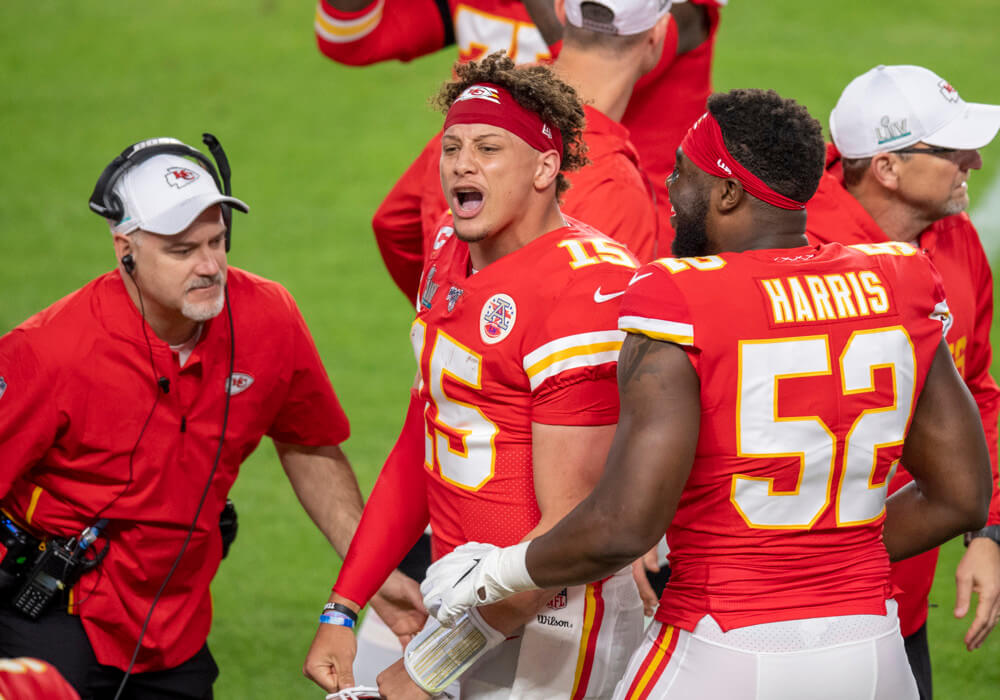 After dealing with an unusually high number of injuries in Week 2, the NFL is hoping Week 3 will be a little calmer.  There’s still a lot of action left in the season, and teams don’t want to have to start reaching into the bottom of the barrel just to survive.  As they gear up for the upcoming games, all teams should be focusing a little more energy on ensuring their players are up for the challenge.

The Week Ahead Looks Hot

So far, the Baltimore Ravens have achieved 14 continuous regular-season wins; the last five by at least 16 points.  This year, the team has an average margin of victory of 24.5 points, thanks in no small part to quarterback Lamar Jackson and his skills.  He has racked up 29 TD passes, and just one interception over his previous ten regular-season appearances.  The Ravens are now 2-0 on the season, but will face a tough Kansas City Chiefs team next Monday.

The Chiefs, the reigning NFL champs, are actually getting some grief.  They may be 2-0, but their most recent win was not the blowout everyone had expected.  Quarterback Patrick Mahomes is going to have to step up and be a stronger leader if the Chiefs are going to take down the Ravens next week.   They’re going into the game as the underdogs, which says a lot about how they’re being viewed.

There’s Still A Lot Of Work To Do

The Seattle Seahawks beat the New England Patriots, 35-30, this past weekend, and QB Russell Wilson started the 2020 regular season by completing seven straight passes on the Seahawks’ first offensive possession.  The last one became a touchdown pass to Chris Carson, and the Seahawks are starting better than most had anticipated.  However, they also have the worst-ranked pass defense in the league right now, which they need to address ahead of the upcoming game against the Dallas Cowboys.

When it comes to the San Francisco 49ers, last year’s NFC champions are becoming decimated after dealing with a spate of injuries.  Defensive end Nick Bosa is out due to a serious knee injury, and could be gone for the rest of the season.  Other key players suffered injuries last week, as well.  These losses are going to be felt this weekend when the Niners meet the New York Giants.  The only positive is that the Niners will meet the Giants.

The Tennessee Titans are in first place in the AFC South and look to advance to 3-0 when they take on the Minnesota Vikings in Week 3.  The offense had difficulty in Week 1 against the Denver Broncos, while the defense faltered in Week 2 against the Jacksonville Jaguars.  As a result, both games came down to a game-winning field goal, and this isn’t the way Tennessee is going to be able to hold onto its position.  As long as wide receiver A.J. Brown is healthy enough to return, the Titans could pull it off.

The New England Patriots were on a great run.  As a favorite, they had won 64 straight games.  However, this came to an end when the met the Seahawks, and the team is suddenly looking different.  Recently-acquired Cam Newton is doing what he can, but the Pats might be assuming they can rely on him too much to carry the team.  His failed TD attempt last week showed that he is still not completely back up to speed.

The Arizona Cardinals now have their fifth 2-0 start since 2008.  Each one of these starts led them to the playoffs, and they could be ready to go once again.  They face the Washington Football Team this weekend and a number of injuries on that squad gives the Cards an additional advantage.  The fact that Arizona took down San Francisco should say a lot, and not having to deal with major injuries is an added, important bonus.

It’s Fine Time In The NFL

The NFL decided to fine three teams and coaches for not adhering to the safety protocols implemented to keep COVID-19 from spreading.  Denver Broncos coach Vic Fangio along with Seahawks coach Pete Carroll and 49ers coach Kyle Shanahan were hit with $100,000 fines because they were caught not wearing masks on the sidelines of their games on Sunday.  Wanting to drive its point home, the league also fined each respective team $250,000 for a total of $1.05 million in fines.