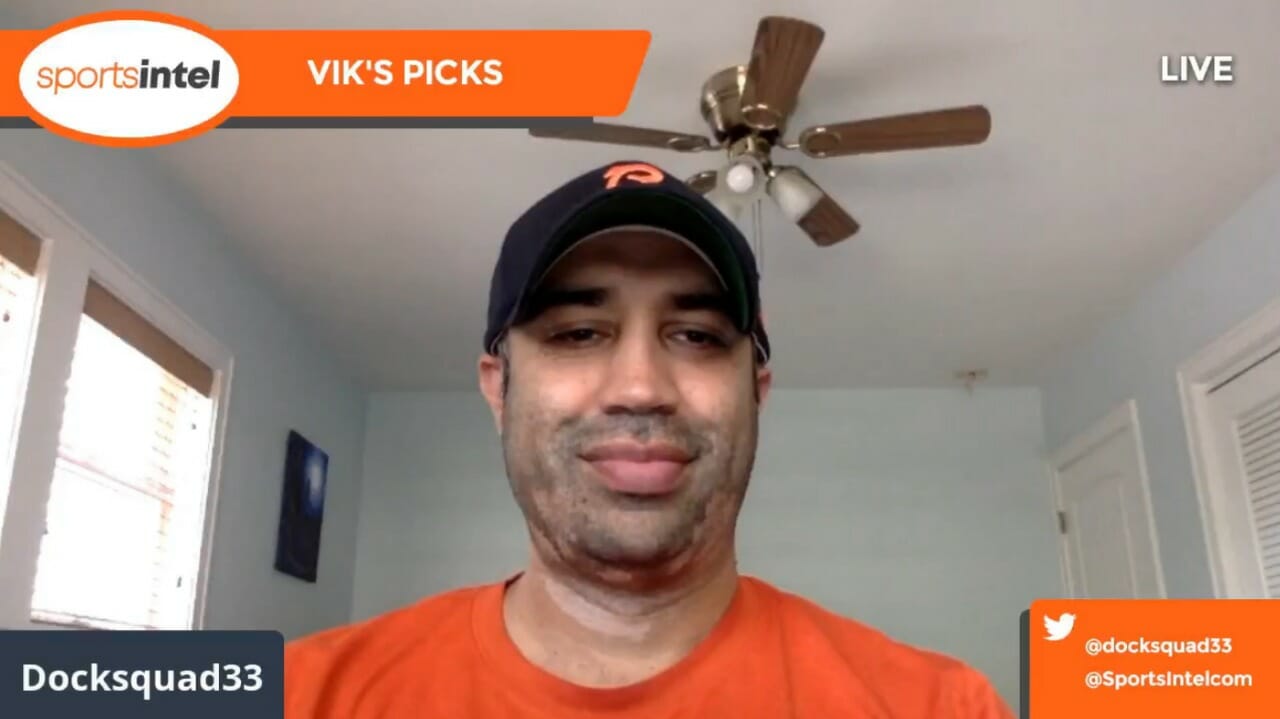 What’s up, everyone? Welcome back to today’s episode of Vik’s Picks.

I hope you guys watched yesterday and took the Las Vegas Raiders to the bank. That was a huge play for me. I took the points, I took the money line … talked a little bit about it on yesterday’s video, so let’s see if we can keep this rolling.

Today, I have an NBA pick for you to take a little break from the NFL. That’s been fun, but let’s get back to the NBA, the Lakers and the Nuggets. The Lakers are up 2-0, but I think the Nuggets bounce back today. I love the Nuggets, plus 6.5. Actually, I’m going to sprinkle a little on the money line, as well.

The Nuggets got their hearts broken by Anthony Davis at the last second in the last game, but they’re a resilient team, we’ve seen them come back from 3-1 twice so far in the bubble atmosphere, and I don’t think they go away.

The public is a little bit on the Lakers right now, at about a 55-45 split, but the money’s on the Nuggets tonight, and understandably so. I think Murray and the Joker bounce back and have huge games. And I would not be surprised at all if the Nuggets took this game. They’re not scared of the Lakers. You saw it last game, they were down big and they came back nicely, so you can get 6.5 pretty much across the board right now. PointsBet has a nice little booster, so make sure you check that out.

I would hit the Nuggets in every way possible.  I like them in the second half, usually they’re down in the first half, but they are a great comeback team. We’ve seen it over and over again, we saw it last game, so if they’re down a little bit at the half, take the Nuggets, second half, taking Nuggets plus 6.5, and do me a favor and sprinkle a little bit on the money line.

But my pick the day is the Denver Nuggets plus 6.5. Let’s take that to the bank.

Thanks, as usual, for checking this out. Make sure you go to SportsIntel.com to check out my daily written picks. All over, good stuff there. Follow me at Docksquad33, or at SportsIntel.com, that’s our Twitter handle right there, we post all of our good work there. So, thanks as always for checking this out, we will be back tomorrow. Let’s hope the Nuggets can take care of their business today and have a little bit of a gold rush. Good luck.