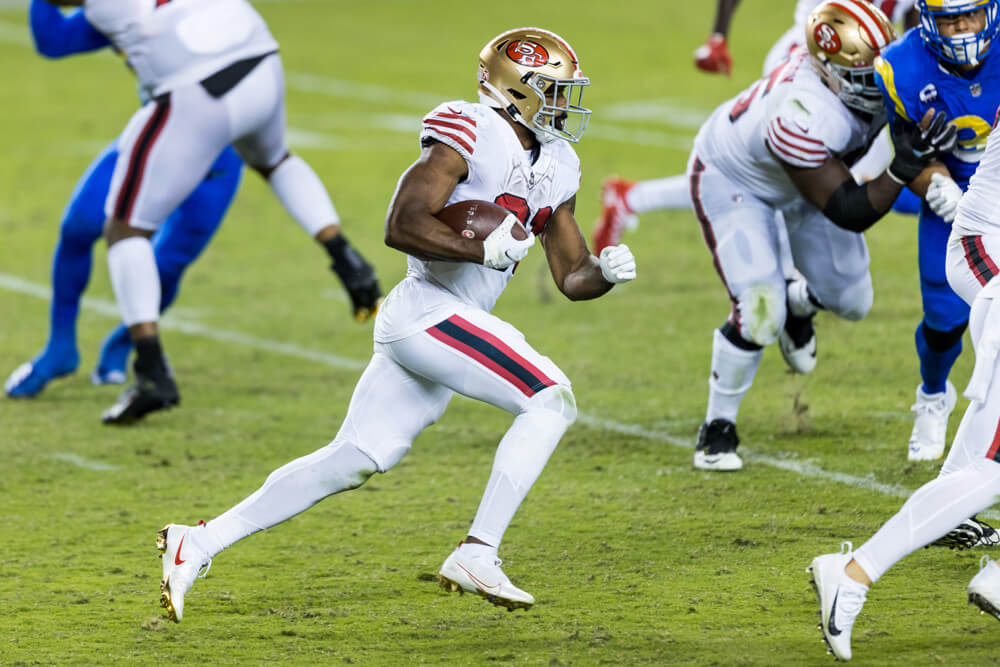 Here’s a piece of trivia for you: Prior to the Philadelphia Eagles win over the New York Giants on Thursday night, the Dallas Cowboys were leading the NFC East with a record of 2-4.

According to the Elias Sports Bureau, Dallas was the first team with a losing record to lead a division after six weeks since the 1970 merger between the NFL and AFL.

The point is, the Cowboys have not dealt well to injuries – especially the loss of Dak Prescott, as they showed during Monday’s home loss to Arizona. But they aren’t alone when it comes to trying to figure out how to compensate for the loss of injured players.

Here’s a look at some of this week’s problem areas.

You may have heard that the NFL and NFLPA are investigating what’s led to the recent rise of Las Vegas Raiders players on the reserve/COVID-19 list. The league has reason to believe some players haven’t been totally committed to doing the things recommended to stay safe.

The problem came to the forefront this week when the team’s entire offensive line was sent home after contact tracing led them to right tackle Trent Brown, who tested positive this week.

On Thursday, all five starting line were put on the team’s reserve list based on that exposure. They’ve been quarantined since Monday. And that means their availability for Sunday’s game against the Tampa Bay Buccaneers is now in question, even though Raiders coach Jon Gruden said Friday he expects them all to be cleared. Keep in mind that Tampa’s defense already has 22 sacks, tied for second in the league.

The Raiders also announced that DB Johnathan Abram (COVID) will not be cleared to play in the game.

The league was so concerned about the possibility of the game being postponed that it flexed its Sunday Night window, replacing it with the Seattle-Arizona game. The Raiders-Bucs game will now start at 4 p.m. ET on Fox.

Loss Of Bush Will Impact Steelers

Without a doubt, the game of the week is Sunday’s battle of unbeatens between the Pittsburgh Steelers and the Tennessee Titans. But the Steelers will go into it, and face the remainder of the season, without one of the key members of its defense, inside linebacker Devin Bush.

Bush suffered a torn ACL in the first half of Pittsburgh’s win over the Cleveland Browns last week while dropping back in pass defense. That means the Steelers will now turn to Robert Spillane, who has spent most of his three seasons on special teams. Spillane has only 39 regular-season snaps at the position.

The San Francisco 49ers continue to be decimated by injuries on both sides of the ball. The latest is a high ankle sprain suffered by Raheem Mostert, its top running back, who leads the team with 303 yards and is averaging 5.9 yards a carry. Mostert has already been dealing with a sprained MCL that has kept him out of two of the 49ers first six games. It’s expected that Mostert will be placed on injured reserve.

The 49ers play the New England Patriots, Seattle Seahawks and Green Bay Packers over the next three weeks. They are already without defensive linemen Solomon Thomas and Nick Bosa for the season and they learned this week that two other key defenders, DB Richard Sherman (calf) and DE Dee Ford (back), may be out until at least Week 11.

Last week against the Houston Texans, Derrick Henry of the Titans, the league’s top rusher this season, became the first running back in league history to gain at least 200 yards (212) in a game in three straight seasons. And much of Henry’s success has been due to the team’s dynamic offensive line.

No one is more acclaimed than left tackle Tyler Lewan, a three-time Pro Bowl selection. But he suffered a torn ACL in the third quarter of the Texans game and will be lost for the remainder of the season.

The Titans come into this week’s game against the Steelers averaging 422 yards per game (157.8 rushing). Pittsburgh’s defense is ranked second against the run. It will be interesting to see if the Titans success continues without their best lineman.

New Orleans receiver Michael Thomas, who set a league record for receptions in the single season in 2019, has not played since Week 1 because of a high ankle sprain and a suspension related to a fight he had in practice with teammate C.J. Gardner-Johnson. It seemed Thomas was on track to return Sunday against the Carolina Panthers, but then he tweaked a hamstring working out on Thursday. He’s currently questionable. His availability could be a game-time decision. Do the Saints need him? They are 28th in the passing yards per game.  Thomas has only three catches for 17 yards. One guy who will not play in the game is Carolina’s top running back Christian McCaffrey (knee). He has already been ruled out.

Cincinnati halfback Joe Mixon (foot) will not play on Sunday against the Cleveland Browns. QB Baker Mayfield (chest) is probable for the Browns, who will try to bounce back from last week’s beating by the Steelers. It looks like both Jarvis Landry (broken rib) and RB Kareem Hunt (ribs) will also play, but TE Austin Hooper is out for at least two weeks with appendicitis. …The Vikings lost defensive end Danielle Hunter (neck) for the season. …Quarterback Sam Darnold (shoulder) is expected to start when the New York Jets host Buffalo. The Bills are monitoring veteran DB Josh Norman (hamstring) who popped on their injury report on Thursday. …Baltimore suggested that RB Mark Ingram (ankle) might not be back until next week. …Saints LB Kiko Alonso is due to play for the first time since injuring his knee in last year’s postseason. …The Bills have been without WR John Brown (knee) this week and S Jamal Adams (hamstring) is still not practicing in Seattle. …The Chiefs say WR Sammy Watkins (hamstring) and OT Mitchell Schwartz (back) will not play against Denver and don’t expect Cowboys G Zack Martin (concussion) to play against the Redskins. …Arizona hopes WR DeAndre Hopkins (ankle) can play at Seattle even though he hasn’t practiced all week.