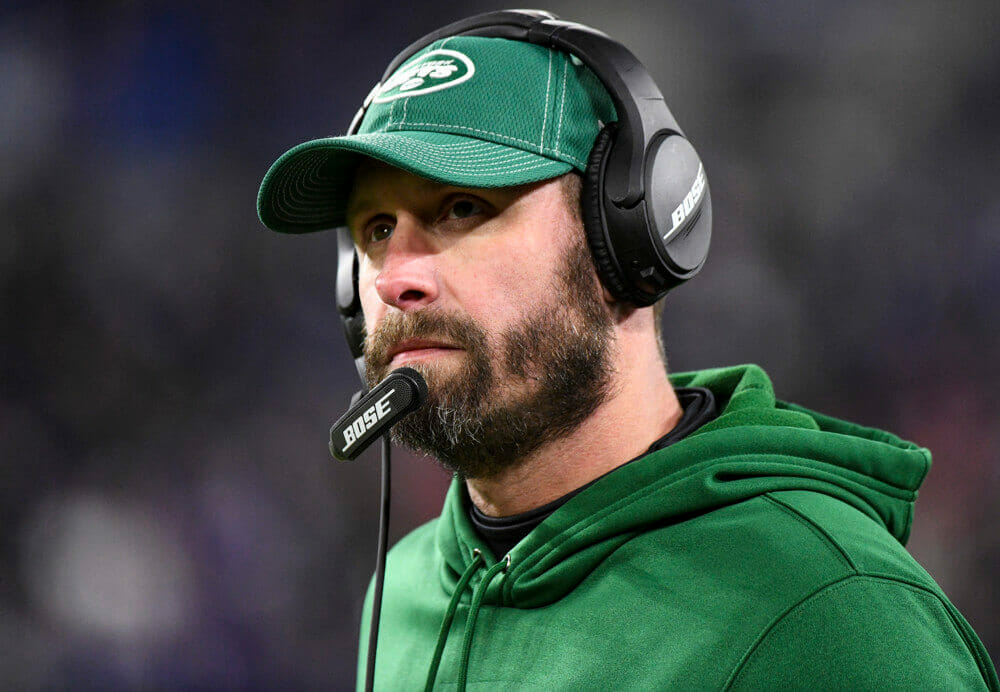 NFL Week 2 Look Ahead: Gase Already On The Block?

NFL Week 2 Look Ahead: Gase Already On The Block?

The first week of the NFL 2020 season is in the books – something many people thought might never happen.  Amid social and racial tensions, a global pandemic and no fans, things started better than most had expected, but there is still a lot of work to be done by teams looking to make this the year they shine.

There’s a little rust that has to be eliminated and, without any preseason games to count on, that will happen in live action.  Going forward, things should begin to improve.

It seems that head coach Adam Gase of the New York Jets won’t last until the end of the 2020 NFL season.  The Jets competed against the Buffalo Bills on Sunday, and the Jets lost, not getting their season off to a great start.  This team hasn’t been lucky lately with coaching, quarterbacks and overall success, and, after going 7-9 last season, it isn’t clear what will happen this year.

David Samson criticized Gase on his podcast “Nothing Personal with David Samson,” saying that he isn’t happy with his performance as a coach.  Samson added sarcastically, “How about our favorite coach?  I think we’ve had about 14 wait-to-sees about this coach.  I don’t know if Adam Gase lasts through the season.”

Steelers Zigged When They Meant To Zag

Starting the 2020 season, all predictions envisioned that James Conner would become the bell-cow for the Pittsburgh Steelers.  In Monday night’s contest against the New York Giants, the fourth-year running back found his first obstacle on his way to achieving that goal.  Once the game started, and after six carries over the first three drives, Conner was ruled out early in the second quarter with an ankle sprain.  Connor wouldn’t return to the game.

Tom Pelissero from NFL Network reported sometime later that Conner was coping with an ankle injury and was supposed to undergo more tests on Tuesday. Second-year running back Benny Snell replaced him, but the absence of Conner, 25, is a big frustration for himself and for coach Mike Tomlin.

Conner could not play six games last season due to various injuries.  He was chosen to be the leader in the Steelers’ young backfield for the 2020 season.  Fortunately, the Steelers figured out how to work without him and won, 26-16.

Gostkowski On His Last Leg?

Tennessee Titans kicker Stephen Gostkowski feels frustrated with his performance in Week 1, and rightfully so.  The team got their season underway by playing against the Denver Broncos, and Stephen missed three field goals and an extra point.  No professional NFL kicker should ever miss an extra point.

The thing is that the Titans are kicking off a season in which they had the worst field goal unit in the entire NFL, so it’s normal to feel worried.  Fortunately for Gostkowski, he redeemed himself by kicking a game-winning field goal with less than a minute in the game, giving the Titans the advantage, 16-14.  With only 20 seconds left on the clock, the Broncos couldn’t do anything to mount a return.

Gostkowski was happy to get the opportunity to save himself, but, at the same time, was disappointed in his performance.  Gostkowski explained after the game, “It’s definitely an opportunity I didn’t deserve, but grateful I got it for the team.” He added, “The guys that went out there and busted their butt, I really put them in a tough spot – you don’t always get that lucky to get a chance to redeem yourself.  I am just happy the guys got to celebrate.”

Titans linebacker Rashaan Evans was kicked out during the game, which didn’t help the Titans’ chances.  He was ejected after throwing a punch at Denver Broncos tight end Jake Butt late in the first quarter of the game and sent to cool off with a shower.  Both Butt and Evans were tied up on a run by Phillip Lindsay.

After the play was over, Evans hit Butt in the helmet with his right hand. Having Evans ejected from the game was a big hit to the Titan’s defense after he led the team with 139 tackles last season.  The Titans were already weak with the absence of Vic Beasley Jr. and Derick Roberson, both out with knee injuries.

It’s (Not) Miller Time In Denver

The Broncos dedicated most of August trying to have one of the NFL’s youngest players ready for the regular season, despite a complicated offseason in which preseason games were canceled.  By the time the 2020 season began, and only just days before Denver’s first game, linebacker Von Miller was already out.

This greatly affected the Broncos defense, which was also hurt by having cornerback A.J. Bouye abandon the game with a shoulder injury.  The offense took a hit, as well, with running back Phillip Lindsay leave the game with a foot injury.  Bouye is expected to miss the Broncos’ game against the Pittsburgh Steelers this Sunday, while Lindsay might be able to jump back in.