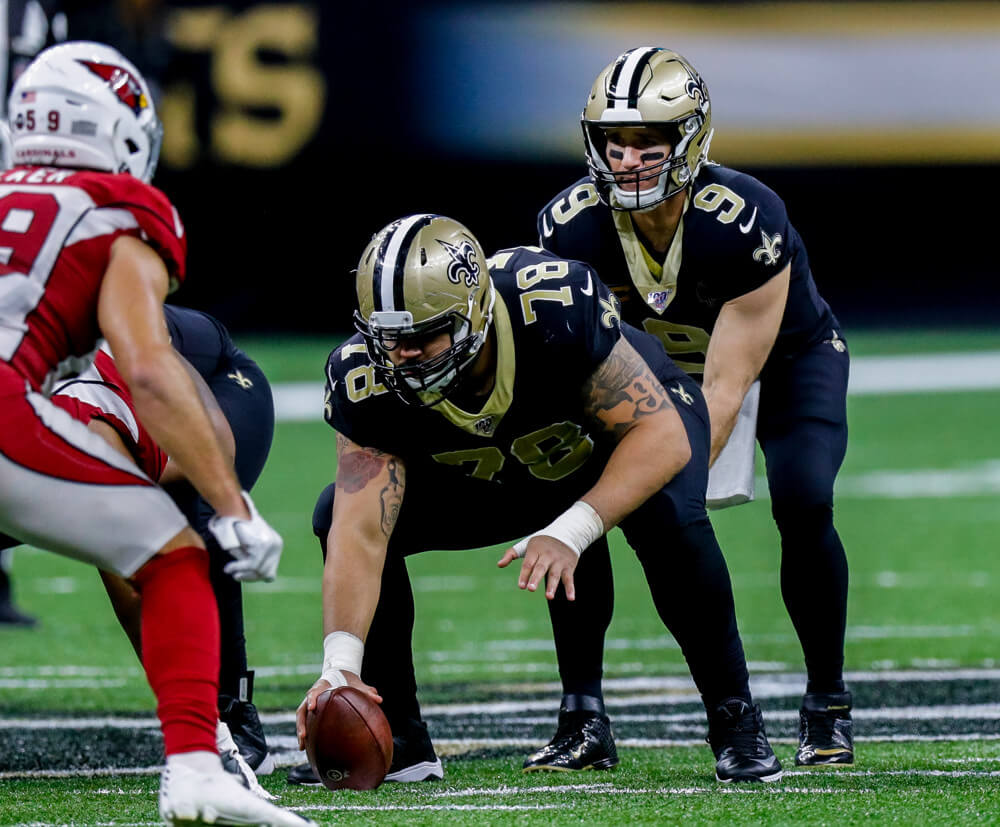 Even in this pandemic-shortened NFL season, some of the teams are boasting an Injured Reserve (IR) list that is running two to three pages long.  It’s been a rough 2020 so far in a lot of ways for football and, hopefully, things will get better soon.  Now, in addition to injuries, almost every team has at least one or two players on the COVID-19 list, either from a positive test, or from close contact with someone who has tested positive.

Nick Foles of the Chicago Bears had to be carted off the field with only 37 seconds left in the game on Monday Night Football against the Minnesota Vikings.  His status for week 11 is unknown, but appears doubtful.  The Bears also lost receiver Dwayne Harris to a triceps injury and defensive lineman Akiem Hicks to a hamstring pull, with no word as yet when either will return to the active lineup.

Super Bowl-winning backup quarterback Joe Flacco will once again start for the New York Jets in place of Sam Darnold who remains sidelined with a nagging shoulder injury.  Flacco almost led the Jets to their first victory of the season a couple of weeks ago and now will get a second opportunity to do so against the Los Angeles Chargers in Week 11.

The Rams Lose On Offense and Defense

LA Rams head coach Sean McVay has announced that starting offensive tackle Andrew Whitworth will be out of action for six to eight weeks, and possibly for the season, due to a torn MCL. Rams Safety Taylor Rapp is out with a bad knee and kicker Kai Forbath, who has a bad ankle, will be joining Whitworth on the Injured Reserve List.

Denver Broncos head coach Vic Fangio told reporters that his starting quarterback Drew Lock has strained the muscles around his rib cage and is questionable to play against the Dolphins in Week 11.

With Dak Prescott out for the season, the Dallas Cowboys will be grateful to get backup quarterback Andy Dalton, who had been sidelined with a concussion since Week 7, back on the practice field this week.

The Chiefs Have A COVID-19 Issue

The Kansas City Chiefs had to put three of their four real tackles on the Reserve/COVID-19 List this week, they are Eric Fisher, Mitchell Schwartz and Martinas Rankin.

The Carolina Panthers first-year quarterback Teddy Bridgewater, who has already suffered a career’s worth of pain previously, now has an MCL sprain and will remain on a day-to-day basis this week.  Running back Chris McCaffrey is going to be out once again in Week 11, as well.

Head Coach Doug Marrone of the Jacksonville Jaguars announced that running back Chris Thompson is now on the IR List and that backup QB Jake Luton will again start against the Steelers on Sunday, but passed on the good news that Gardner Minshew has resumed throwing on the sidelines once again.

The Saints Lose Brees, Maybe For The Year

By far the worst injury to come out of Week 10, at least for Saints fans, was with future Hall of Fame quarterback Drew Brees, who suffered multiple broken ribs and possibly a punctured lung after being roughly sacked in a Week 10 game against the 49ers.  Brees went into the game with one cracked rib but now may well be out for the remainder of this season at least.

Over in Philadelphia it was announced that pro bowl tight end Zach Ertz, who has been out with a bad ankle sprain, will return to the Eagles roster this week from injured reserve.