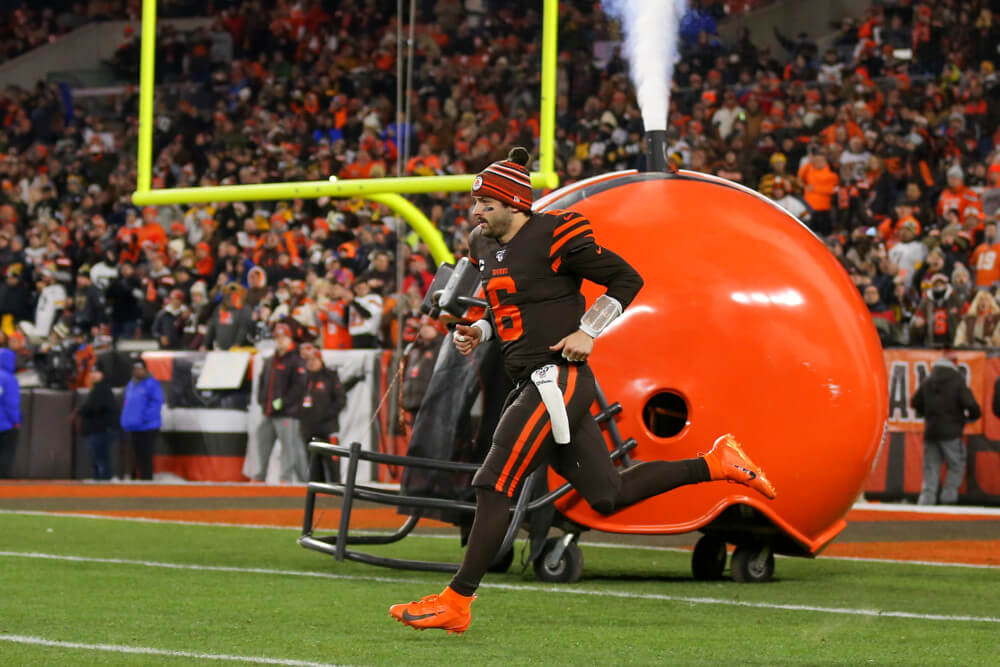 Monday Night Football To Be A Thriller

Monday Night Football To Be A Thriller

The final NFL matchup for Week 14 will feature Baker Mayfield and his Cleveland Browns hosting the Baltimore Ravens led by quarterback Lamar Jackson.  In their first meeting earlier this season, the Ravens dominated the Browns in what was coach Kevin Stefanski’s first game with Cleveland, which had three turnovers in the game while allowing Jackson to throw for three touchdowns in a 38-6 beat down that the Browns would rather forget.

Ravens and Browns In A Tight Contest

Here we go again and the Ravens are coming to visit Cleveland as 3-point favorites on a Monday evening in December with the NFL Playoffs looming large.

Baltimore can count on the illusiveness of Jackson, who has been driving defenses to distraction. The Ravens have been winning lately and have high hopes of getting back in the AFC playoff picture with a win tonight over the Browns in Cleveland.

However, after getting so badly beaten in the season opener by the Ravens, the Browns have stepped up and now have a 9-3 record and hold down the fifth seed in those same AFC playoffs and are eager to defend that standing tonight when the Ravens come to town.  Actually, Mayfield and company are looking forward to this rematch with the Baltimore squad to extract a little revenge for that opening day beat down by the Ravens.

The Ravens have only managed a 7-5 record so far and stand on the outside looking in for the playoffs at this point.  Another victory over the Browns might just elevate them in, depending on what happens in Week 15.  It must be noted that the Ravens have been under attack by the COVID-19 coronavirus and are just now getting healthy again.

The Browns are looking for a little payback tonight. But more to the point they are looking at a victory over Baltimore tonight that will give them a much better chance to make the playoffs this season for the first time in 18 years, when Mayfield was about 4 years old.

Currently, the Browns at 9-3 are only two games in back of the Pittsburgh Steelers in the AFC North and Big Ben and company have not been looking so good these past couple of weeks.

MNF To Give Fans Excitement

However this Monday Night Football matchup comes out, football fans should be treated to impressive performances by two of the best young quarterbacks in the league going at it full speed.  The Ravens are desperate for a win to stand any chance at all of making the playoffs and the Browns are just as determined to maintain their status as the number 5 seed in the AFC.

When it comes to rushing, Jackson has Mayfield beat by a mile.  He has racked up 669 yards rushing and made 4 touchdowns on his feet, while Mayfield has only rushed for 81 yards rushing and has not made it over the goal line on his feet so far this season.  Maybe tonight will be the night for that.

If the Ravens do lose the game tonight, the Buffalo Bills will clinch a playoff berth. The Monday Night game at FirstEnergy Stadium will have playoff implications for more than just the Ravens and the Browns.  The oddsmakers believe in the Ravens, giving them -175 on the moneyline.  However, the 3-point differential shows that this is not going to be a run-away game for Baltimore.  The Over/Under stands at 45.5 (-105), and this game could easily go over.