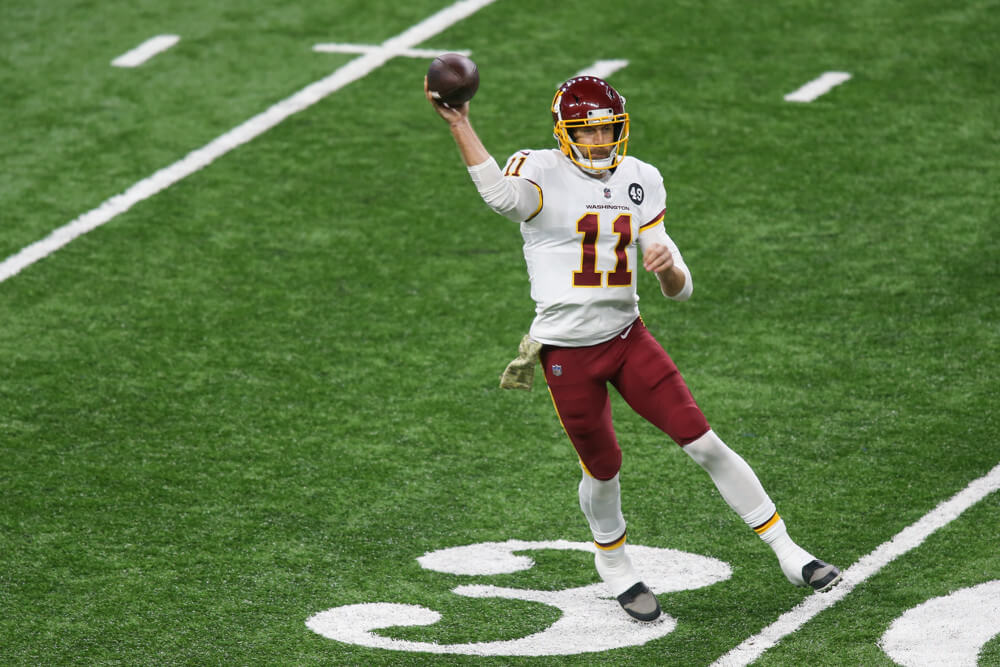 NFL MNF fans were treated to a nice double-header this Monday evening that saw the defeat of the last unbeaten team in the NFL.  The Pittsburgh Steelers were taken down in the fourth quarter by the newly revived Washington Football Team (WFT), now under the leadership of veteran quarterback Alex Smith.  The other game didn’t produce a surprise ending, but it was still a thrill to watch.

The Steelers Melt In MNF

Smith led the Washington squad on three scoring drives in the fourth quarter, racking up 13 points to overtake the Steelers and win the game by a final score of 23-17.  Pittsburgh went into the game as 7-point favorites and did look, at times, like the team to beat.

As it turned out, it was Washington’s quarterback who really caught fire in the second half.  He passed for 296 yards during the game, with 174 of those yards coming in the second half, and overcame a major deficit to defeat the would-be number one seed in the NFL.

WFT head coach Ron Rivera said in an interview on Monday that he really feels his players “are now getting a grip on how we want things done.” He said that it was a battle to teach many to let go of habits and techniques that had learned previously. ‘‘You can now see guys starting to understand, giving in to it, trusting it.”

They call him ‘Riverboat Ron,’ eluding to the fact that Rivera is something of a gambler on the football field. He will often go for it in a 4th-down-and-short situation on the field when most NFL coaches would not.  But the fans, and the players, love it.

This time, it was Rivera who caught a bit of good luck in Smith, a backup veteran quarterback who came in off the bench in Week 9 after quarterback Kyle Allen went to the locker room with an ankle injury.

Rivera was lucky that it was Smith sitting there on the bench just waiting for his opportunity to get back into the game that he loves. Genuine comebacks from horrific knee injuries are rare, but we are witnessing one with the replacement QB.  Washington was not accustomed to winning, but they finally did in a 20-9 victory against the Cincinnati Bengals thanks to Smith.

Ben Roethlisberger did everything he could on Monday night to keep his undefeated streak alive, throwing for 305 yards on 33 of 53 passes.  He passed for two touchdowns and one pick, but victory slipped through his fingers in the fourth quarter when Smith led his team to an improbable victory.

That all took place in the afternoon game of the Monday night double-header with the good game, with the 2.5-point spread, between the 9-3 Buffalo Bills and the improving 5-7 San Francisco 49ers from their temporary home at State Farm Stadium in Glendale, AZ, where they’re playing due to Coronavirus restrictions in place at Levi’s Field in Santa Clara, CA.

The visiting Bills were 2.5-point favorites at kickoff and the Over/Under was set at 48.   San Francisco’s backup quarterback, Nick Mullens, standing in for a wounded Jimmy Garoppolo, played his heart out in a losing effort, throwing for 316 yards and completing 26 of 39 passes.  He also threw for three touchdowns, but had two picks as well.

For the Bills, who were just happy to get out of the cold in Buffalo for a couple of days, Josh Allen just had to do Mullens one better and passed the ball for 375 yards on 32 of 40 passes, scoring four touchdowns in the air.