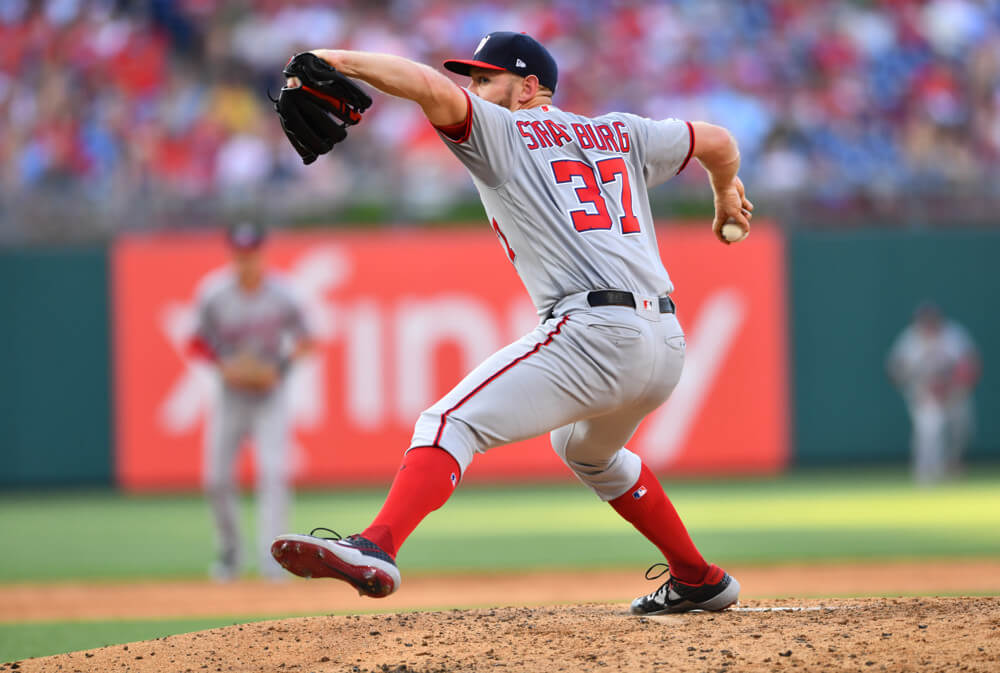 The Major League Baseball Winter Meetings got off to a rousing start on Day 1 in San Diego on Monday, with one of the biggest names on the free agent market choosing to stay home. Now, because of that signing, two of the other big names on the board will almost certainly call somewhere else home in 2020.

But Nationals principal owner Mark Lerner said late last week, on the eve of the Winter Meetings, that signing both Strasburg and star third baseman Anthony Rendon would be a financial impossibility, guaranteeing that Rendon will not defend his World Series title with the Nationals.

Not so fast, Nats GM Anthony Rizzo said after announcing the Strasburg deal on Monday.

“Well, when you look at those comments, and then you look at the structure of this particular deal and the structure of deals we’ve had getting up to where we are right now, I think that Mark realizes that there’s ways to fit players in, there’s ways that you can field a championship-caliber roster — and, again, the resources have always been there, so I don’t expect that to change,” Rizzo said.

That said, the Phillies, who were busy even before the Winter Meetings day 1 began by signing Mets free agent pitcher Zack Wheeler to a five-year, $118 million contract, emerged as one of the leading contenders for Rendon, along with the Rangers and Angels. Rendon is believed to be seeking a deal worth north of $200 million.

But the biggest impact Strasburg’s signing has on the free agent market is the increasingly curious case of Astros ace Gerrit Cole.

The righthander is unquestionably the top pitching prize on the free agent market, and it was reported on Sunday, the day before Strasburg’s deal, that the New York Yankees had once again opened their vaults to make Cole an offer he couldn’t refuse.

Then the Strasburg contract numbers hit the market, and Cole may choose to refuse the Yankees’ bid after all, as the market corrects itself. The Angels were also reportedly in on Cole, and the other LA team, the Dodgers, are always lurking with their mighty warchest. But Monday’s news brought word of a “mystery team” that may have entered the Cole sweepstakes late.

There was another mystery developing on Monday about a trade that seemingly had been signed, sealed and delivered. The Padres, needing to make a big splash this week as the host organization for the Meetings – and after a disappointing 2019 season — had acquired outfielder Tommy Pham from the Tamp Bay Rays late last week, in exchange for outfielder Hunter Renfroe and top middle infield prospect Xavier Edwards.

But there were rumblings on Winter Meetings day 1 that Pham, who had elbow issues late last season, had issues with his trade-related physical, and that the trade was at least temporarily on hold. Stay tuned.

Meet The Mets. Meet The New Owner, Too
“Made In China” Has Suspicious Ring To It
Get Free Picks & Exclusive Offers