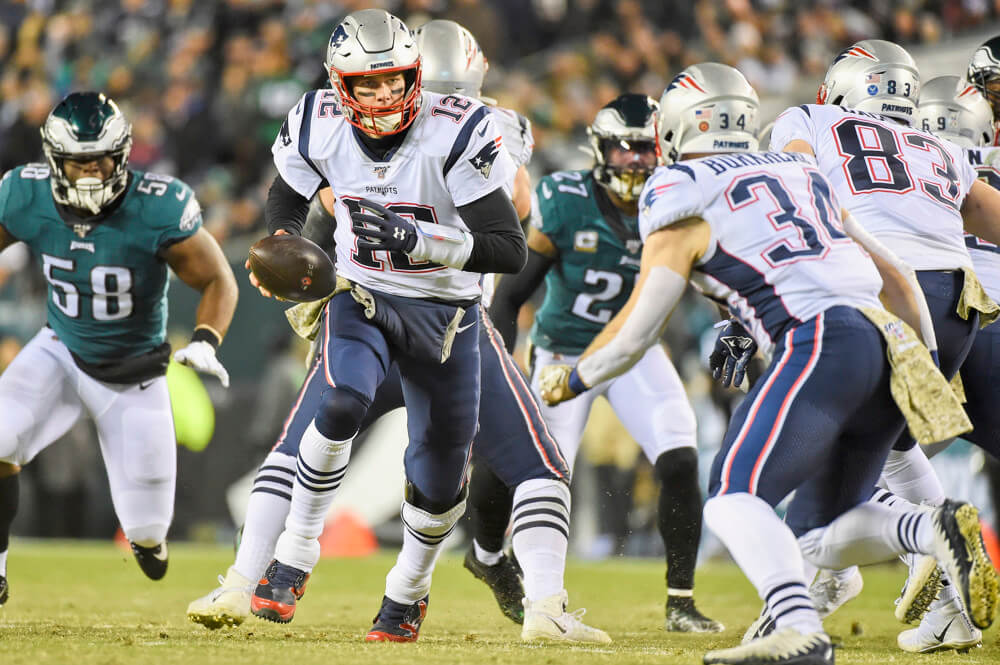 Favorites came through for the second week in a row as they ruled both College Football and the NFL.  Let’s review some of the bigger stories, wins and bad beats from this past weekend.

Favorites Ruled Week 11 in the NFL

Moneyline favorites went 11-2 on Sunday and 8-4-1 against the spread as they ruled NFL week 11.  The pair of underdogs who pulled out unlikely upsets were the Falcons (+165) who beat the Panthers and the Jets (+105) who beat the Redskins.  The two largest spread winners were both just seven-point favorites with the Bills and Cowboys covering against the Dolphins (37-20) and the Lions (35-27) respectively.  For the season year-to-date, however, underdogs are 86-68-4 against the spread, so this was a rare week in which the betting public came out ahead.

The Cowboys and Patriots were both favorites and big public darlings who came through for NFL bettors on Sunday as they ruled their games.  The Cowboys went into Ford Field as seven-point favorites and covered just by the skin of their teeth.  They really have Matt Patricia to thank after Detroit’s HC called for a 2-point conversion, down 35-27 in the fourth, as opposed to kicking the field goal.  This has become a ‘new school’ way of playing late when down eight.  Traditionally the FG would be kicked to cut the lead to seven, but advanced analytics have been changing the way coaches handle these situations.  The game ended on that score, with the Lions missing their 2-point conversion and losing by eight instead of forcing a push.  The over also hit in this game, the fifth time in six games the Cowboys have played to an over win.

Another team that took a lot of public money was the New England Patriots who were 4.5-point favorites against the Philadelphia Eagles.  Seems the public didn’t think that Tom Brady and the legendary Patriots could suffer a loss in back to back weeks.  New England rewarded those faithful bettors and bounced back from a tough road loss in week 10.  They beat the Eagles 17-10 and are now 9-1 on the season with a 7-3 ATS record.  Worth noting this marks the seventh game in a row that the Patriots have played to an under win.

These two teams meet in week 12 at Gillette Stadium with the Patriots six-point favorites at the time of this writing.

The highest totals on the board Sunday were the New Orleans Saints vs Tampa Bay Buccaneers (50.5) and the Houston Texans vs Baltimore Ravens (51.5).  Things were looking good for OVER bettors with the Ravens ripping through Houston and scoring 41 total points.  Unfortunately, the Texans were only able to muster a single touchdown and OVER bettors were eventually bested by an amazing Baltimore defense to go along with a scoreless first quarter.

The Saints offense certainly bounced back after their dud last week against Atlanta and put up 13 points in the first quarter and posted 20 by the end of the first half.  New Orleans scored 14 more points against the Bucs, who were expected to keep up in scoring with the Saints but fell way short.  Tampa Bay suffered through two scoreless quarters but managed 17 total points to just barely push this total over.  Some shops cashed this bet by just a half-point.

The only real NFL injury of note was to Mitchell Trubisky who injured a late hip injury in the Bears loss on the road to the Rams.  His timetable for return is still unknown.

NCAAF Week 12: One Injury to Rule Them All

While injuries are usually just small additions to these articles, this week in college football was much different.  The biggest storyline here is obvious:  The Alabama Crimson Tide’s star quarterback, Tua Tagovailoa, suffered another injury and won’t be coming back from this one.  Tua has been ruled out for the remainder of the season after dislocating his hip and being airlifted straight to the hospital.  The Heisman Trophy hopeful now must overcome another unforeseen challenge in his hopes of being a top NFL Draft Pick.

The latest updates have reported Tua was rushed to the hospital after suffering a hip dislocation and fracture with potential tears in blood vessels in the area.  Surgery will look to repair as much as possible in preparation for the long recovery ahead.  This will certainly impact his rankings in the 2020 NFL draft, but people have many opinions as to how much.  Based on the play of LSU’s Joe Burrow, he would likely be the No. 1 overall pick no matter what happened to Tua this year.  Oregon’s Justin Herbert is also considered atop pick for the upcoming draft, with most agreeing he goes before Tua as well.  Many believe this would also have happened with or without Tua’s injury issues.  Tua will be drafted in the first round, but it remains to be seen how many quarterbacks might be chosen before the oft-injured phenom.

This all about guarantees the Crimson Tide will not be winning the National Championship this season and personally, I doubt they make it to the playoffs at all.

The other big story for me this week was the sheer amount of games that came down to the wire in week 12.  Here are just a couple of games that went deep into the fourth quarter with ATS bettors sweating them out.

Oklahoma State closed at 17-18 point favorites to beat the Kansas Jayhawks on Saturday, depending on your book.  The Cowboys looked poised to cash this bet easily, leading 31-0 at halftime.  But the Jayhawks weren’t prepared to just roll over and die.   Kansas scored 13 points in the third while keeping Oklahoma State without a single point.  The Jayhawks scored late and kicked an XP which saw them lose by 17.  So depending on where you got this game, you were either very happy or enraged at OK State’s lack of offense in the second half.

TCU, much like OK State, held an early edge over Texas Tech, running out to a 17-0 lead as four-point favorites.  But, much like the Cowboys, the Frogs took their foot off the gas and just couldn’t get themselves back into gear.  They were down 27-16 at the half and 28-27 after three quarters.  After a few field goals in the fourth, TCU burned a lot of clock time and were forced to kick a field goal due to an untimely pass interference call on the four-yard line.  This failure to score on fourth and one will be viewed as the reason for them winning, but failing to cover.  The game ended 33-31 and TCU bettors couldn’t turn the TV off fast enough.