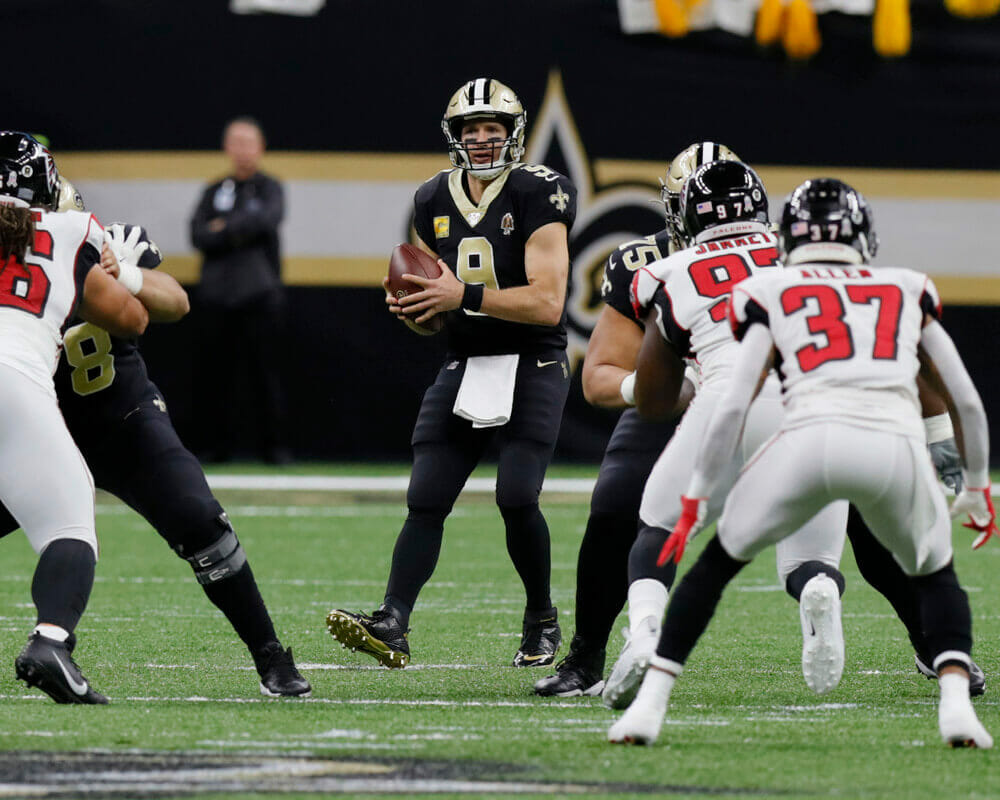 It’s crunch time, more than ever in this NFL season.  Everyone knows that a small handful of teams are playoff-bound, and there are a few more that are still in the running.  Every yard counts at this point as these teams fight to make it into the postseason.  This Sunday’s matchups for Week 11 are going to be key to possibly earning a spot in the final run for the Super Bowl, particularly for teams like the 49ers and the Saints.

Saints Looking to Rebound in Week 11

Last Sunday saw a lot of upsets, not the least of which was the New Orleans Saints loss to the Atlanta Falcons.  The Who Dat squad will have needed to dig in deep this week to figure out what went wrong and prepare for the Tampa Bay Buccaneers this weekend.  At 7-2, the Saints are on the edge of being able to make it to the playoffs, but a loss in week 11 could make those chances a lot more difficult.

The Bucs are 3-6 and are going to get a boost on defense, which they really need, as cornerback Carlton Davis comes back to the lineup from injury.

The offense is a different story, as Jameis Winston has been anything but consistent this season.  He has thrown 14 interceptions, the most in the league, and needs to get his head in the game.  He will, but it’s not going to be enough.  The Saints won’t make another mistake like they did last weekend and we think will easily walk away with the win in week 11.

The Arizona Cardinals head to California to take on the San Francisco 49ers on Sunday, and the Niners are going to have to bounce back from the second surprise loss of Week 10.  They took a beating at the hands of the Seattle Seahawks, to the shock of everyone, and suffered their first defeat of the season.  After winning almost all of their games by huge margins, no one could have anticipated the Seahawks taking the victory.

One of the only teams to have really challenged the Niners this season is the Cards.  The two teams met on October 31 and San Fran only won by three points.  Arizona has a lot going for it this weekend, including having had one additional day to recharge this week and a laundry list of injured Niners that has depleted much of the team’s strength.  There’s little doubt that San Fran is going to come out swinging, but it wouldn’t at all be surprising to see the underdog Cardinals take the game.

Chiefs vs Chargers in Mexico

The Kansas City Chiefs and the LA Chargers say hola to Mexico as they play at Estadio Azteca in Mexico City Monday Night.  The Chiefs have been there before, but this will be a first for the Chargers.  The team has tried to get ready for high-altitude action by traveling to Colorado to practice, a move that most players said they hated.

The Chiefs may be 6-4, but they haven’t been consistent this season at all.  They started off strong before falling into a slump and couldn’t even take advantage of a bye week, losing to the Oakland Raiders after having an extra week off.  The Chargers are just opposite with their record, at 4-6, but this isn’t going to be a runaway game for the Chiefs.  Their sack leader, Emmanuel Ogbah, is out for the season and the rest of the defense hasn’t turned up the heat when it was needed.  Even with Patrick Mahomes under center, the Chiefs are going to have difficulty on Monday and the Chargers are going to dance the underdog’s victory dance.