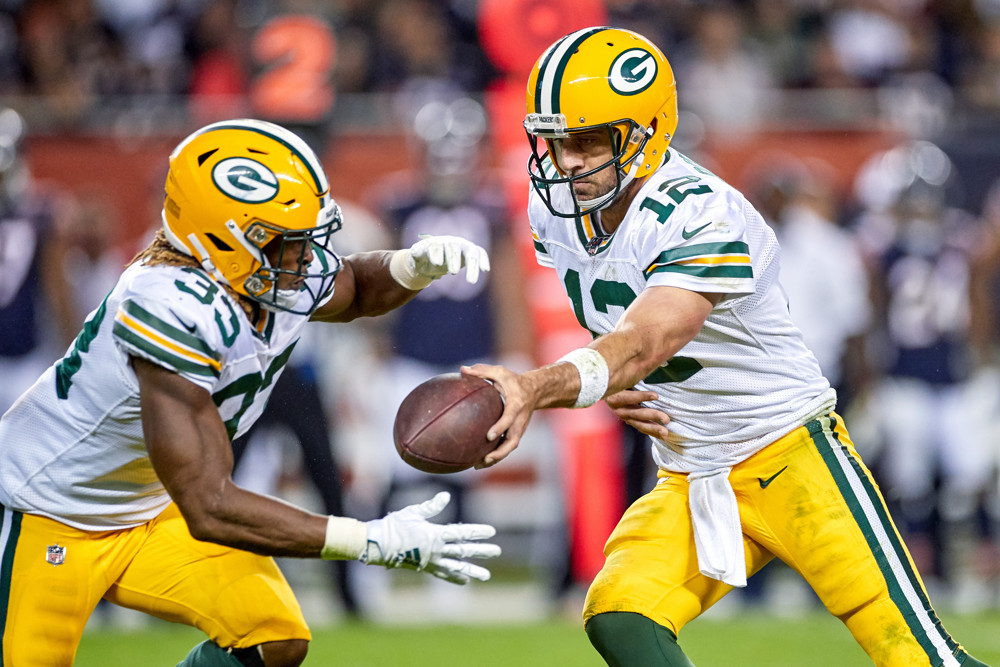 Thursday Night Football is here and the NFL season is starting to develop its rhythm.  It is beginning to look pretty clear which teams will make it to the playoffs this year, but there is still plenty of time left for some franchises to pull things together and put more marks in the Win column.  Tonight’s game most likely won’t be one of those examples.  The Green Bay Packers are taking on the Philadelphia Eagles, and there’s a good chance the outcome won’t be a surprise.

The Packers are already 3-0 this season and lead the NFC North.  Their schedule has been somewhat tight, too, going up against two teams with winning records and only one – the Denver Broncos – with a goose egg still in the column on the left.  Quarterback Aaron Rodgers, until recently the highest-paid player in the NFL, has been having a good season so far, throwing for 647 yards and four touchdowns without throwing a single interception.  He and new head coach Matt LeFleur are still getting used to each other, but there is apparently enough experience between the two to overcome any short-term barriers.

When the Packers’ defense takes the field, it is showing off, as well.  Three free agents – Za’Darius Smith, Preston Smith and Adrian Amos – keeping offenses from making any progress are paying off and two first-round draft picks – Rashan Gary and Darnell Savage – are certainly stepping up to provide their special talents.  These five have helped keep opponents to an average of only 11.7 points per game, which is currently the second-highest in the current season.

All of this doesn’t mean that the Eagles need to be completely written off – at least not yet.  Quarterback Carson Wentz has been having a pretty good year, throwing for 803 yards and connecting on 72 of 118 passes.  His quarterback rating (91.2) is approaching that of Rodgers (96.5), but it takes more than one man to win a football game.  Rookie running back Miles Sanders has tried to help and has succeeded on many occasions, but the team, in general, has not been able to get its head in the game enough to put the numbers on the board.  The defense has had to play especially hard so far this year, which is going to take a toll on the energy levels and could lead to more injuries.  This is why the team now sits at 1-2.

The Packers have another advantage in that tonight’s game will be played on their home turf, Lambeau Field.  The team is 195-92, with three ties, when playing at home, giving it a 67.9% win percentage.  It has the second-highest win percentage in the NFL when playing at home since Rodgers joined 11 years ago.  On the road, the Eagles are exactly 50-50, having won and lost 142 games and tying twice.  In the last five meetings, the Packers have beaten the Eagles four times, including two consecutive wins in the most recent contests.  This certainly is not enough, by itself, to be a deciding factor, but putting everything together doesn’t make for very good odds for the Eagles.

However, stranger things have happened and plenty of underdogs have pulled surprises out of their bag of tricks to secure a victory.  The Eagles need this win badly and that desire might prove to be the deciding factor that helps them reach that goal.  They will need to put a tremendous amount of pressure on Rodgers to help make that happen but, in doing so, they will weaken their defensive secondary, leaving holes that Rodgers is good at exploiting.

Tonight’s game should be a one worth watching, with both teams fighting hard to make a statement – the Packers looking to go 4-0 on the season and the Eagles looking to balance their record and add their second win.  In the end, though, the odds are on the Packers pulling down the victory.