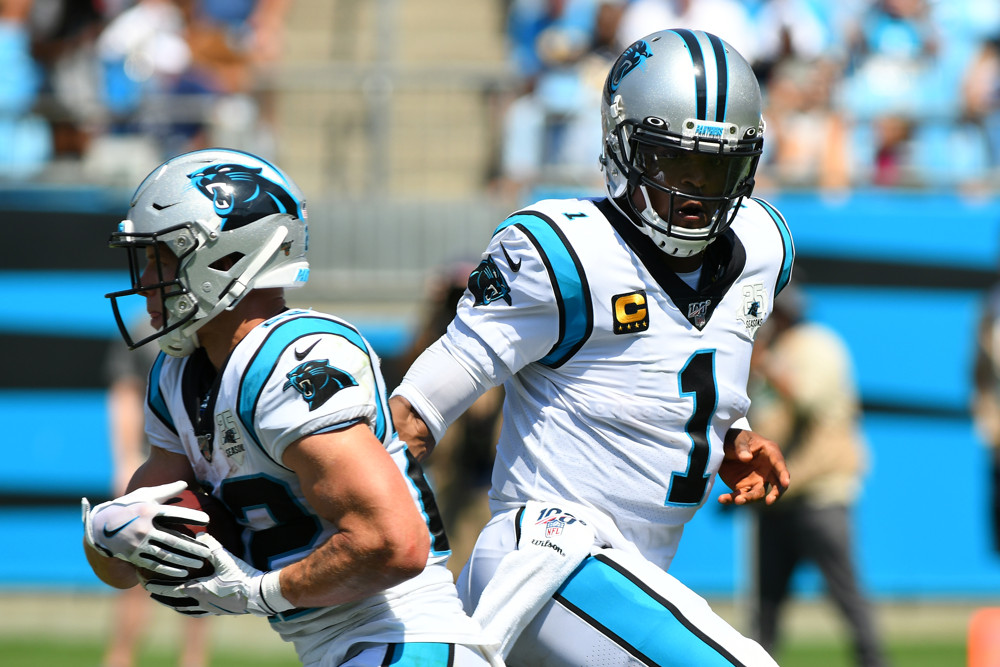 Prop It Up! Go Over With McCaffrey, Kittle In NFL Week 2

Prop It Up! Go Over With McCaffrey, Kittle In NFL Week 2

Welcome to our weekly weekend props post! A lot of bookmakers spend less time making player prop odds than they do on more traditional NFL lines (point-spread, total). Because of this reason, player props can offer some of the best betting value on the board in any given week. We’re here to do the research for you so that we can help you exploit these situations on a weekly basis. Don’t forget to shop around for the best lines.

Perfect game script here for CMC to have a monster day, as the Panthers are favored by seven points. McCaffrey has averaged 156.8 yards from scrimmage over his past nine full games played (just 10 snaps Week 17 last season) with over 100 total yards in each game.  Last season against Tampa Bay, McCaffrey dropped 179 and 168 yards from scrimmage against the Bucs.  Look for CMC to run wild on Thursday.

Kittle was targeted 10 times last week, accounting for 37% of the San Francisco 49ers passing-game targets. That was the highest market rate for a tight end in Week 1. Couple that with the fact that the Cincinnati Bengals were one of the worst teams at defending tight ends last season, and you have the formula for a big game from Kittle coming up. With the total set at 45, expect a lot of fireworks from Kittle.

With Melvin Gordon out, the Chargers are going to chuck the ball. The biggest beneficiary of Gordon being from a fantasy and prop standpoint is Allen. Allen caught 8 balls for 123 in Week 1 against the Indianapolis Colts. Here is where it gets spicy. Of Allen’s 10 targets, 40 percent of them came from the slot. This was tied for the highest rate in the league last weekend. So why is that important? Because the Detroit Lions allowed Arizona’s slot wideouts to catch 11 balls for 136 yards in Week 1. Look for Allen to eat this weekend.

Last week we talked about Mike Zimmer’s D owning Matt Ryan. Well the same can be said for the Vikings D against Aaron Rodgers. Last season Rodgers didn’t hit that number (286), and was limited in both games. Look for coach Matt LaFleur to run the ball more. This should be an ugly NFC North battle, with both teams playing ball control on offense.

Good luck this weekend! May the props be forever in your favor.