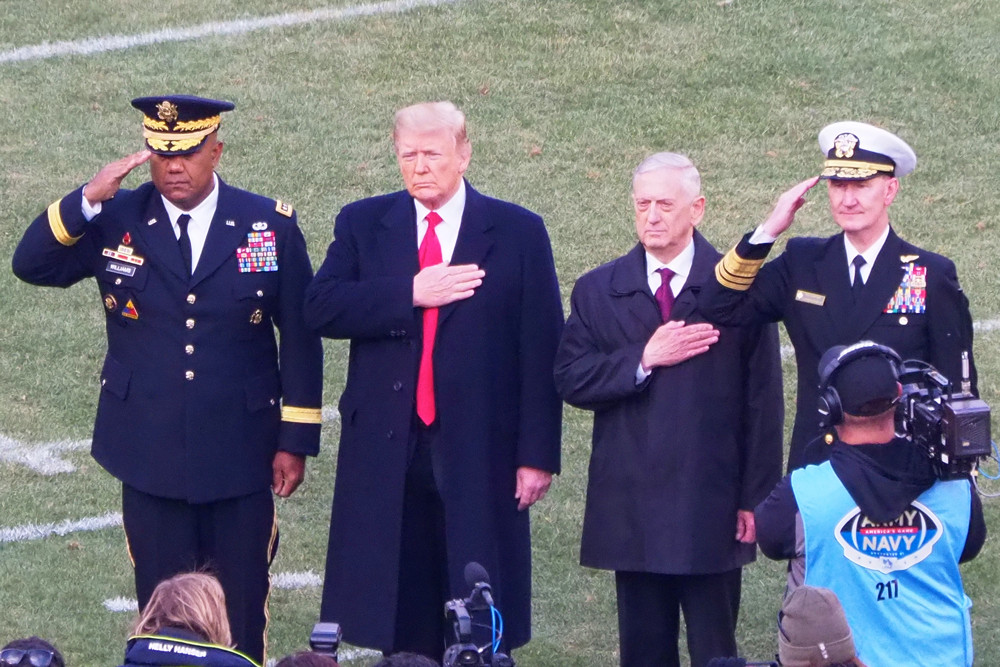 President To Attend Game 5 As Series Returns To DC

President To Attend Game 5 As Series Returns To DC

Depending on which side of the political fence you sit, there’s some good news – or bad news – about Sunday’s Game 5 of the World Series.  Provided the Washington Nationals don’t finish things off in four games, President Trump has said that he’ll make an appearance at Game 5 on Sunday.  Based on the whooping the Houston Astros received in Game 2, there’s a good chance the president’s appearance won’t be required.

President Trump confirmed Thursday that he would show up for the big game while he was pinning the Presidential Medal of Freedom on Roger Penske’s chest.  Penske is a former professional automobile racer who went on to found Team Penske, the Penske Corporation and DJR Team Penske.

The 82-year-old is the most successful owner in the Indianapolis 500 and has 18 victories to his credit.  He has also served as the chairman of Super Bowl XL and has been involved with a number of high-profile US companies, including General Electric and Home Depot.

If the Series goes to Game 5 and if Trump attends, he would be the first sitting president since George W. Bush threw out the ceremonial first pitch. when he appeared at Game 3 of the World Series between the New York Yankees and Arizona Diamondbacks in 2001. Just weeks after the 9/11 attacks, Bush famously threw a perfect strike, an iconic moment in the course of the nation’s recovery.

Trump played baseball in high school while attending the New York Military Academy, but his attendance will most likely only be from behind the net.

On many occasions, it would have been expected that an attending president throw out the ceremonial first pitch at a game.  However, that’s not going to happen this time.  Apart from Trump already denying the possibility, the Nationals announced whom they had chosen for the job a day after he said he would attend the game.

That honor will go to José Andrés, a world-renowned chef who owns restaurants in DC, as well as in LA, Las Vegas, New York and other places around the country.  He also happens to be a highly vocal critic of Trump and his immigration policies, as well as for other reasons.

Andrés is originally from Spain and immigrated to the US when he was 21.  He quickly developed a solid reputation for his culinary creativity and, after building up his business years later, was going to open a restaurant in the Trump International Hotel in DC.  However, remarks against Mexicans made by Trump forced him to back out of the deal and he has been quick to blast POTUS ever since.

He said on Twitter after receiving word that he would throw out the pitch, “I’m humbled by the invitation, and I realize it is a big big big honor but I really hope that by Saturday night all of WASHINGTON will be celebrating that the Nationals are the 2019 MLB World Series Champions.”

Trump doesn’t appear to be disappointed by the fact that he wasn’t selected and apparently didn’t want the job, anyway.  He told a reporter who asked him if he would take the mound, “They’ve got to dress me up in a lot of heavy armor — I’ll look too heavy.”

In addition to Bush and Trump attending a World Series game, there have been others over the past 100 years.  Woodrow Wilson was the first in 1915 and Calvin Coolidge followed nine years later.  Herbert Hoover was a huge fan and attended three games – in 1929, 1930 and 1931 and Franklin Roosevelt was at two in 1933 and 1936.  It would be another 21 years before a sitting president would go to a game and came through Dwight D. Eisenhower in 1956.  The stretch between his presence and Jimmy Carter’s was the longest for presidential appearances when Carter showed up in 1979, and it would be just four years later that Ronald Reagan was at a game.

The Nationals have gotten off to a commanding start during the series, completely controlling the pace of the game.  The first two games were in Houston and the teams are now in DC for Game 3, with the Astros beginning to look like a greatly inferior team.