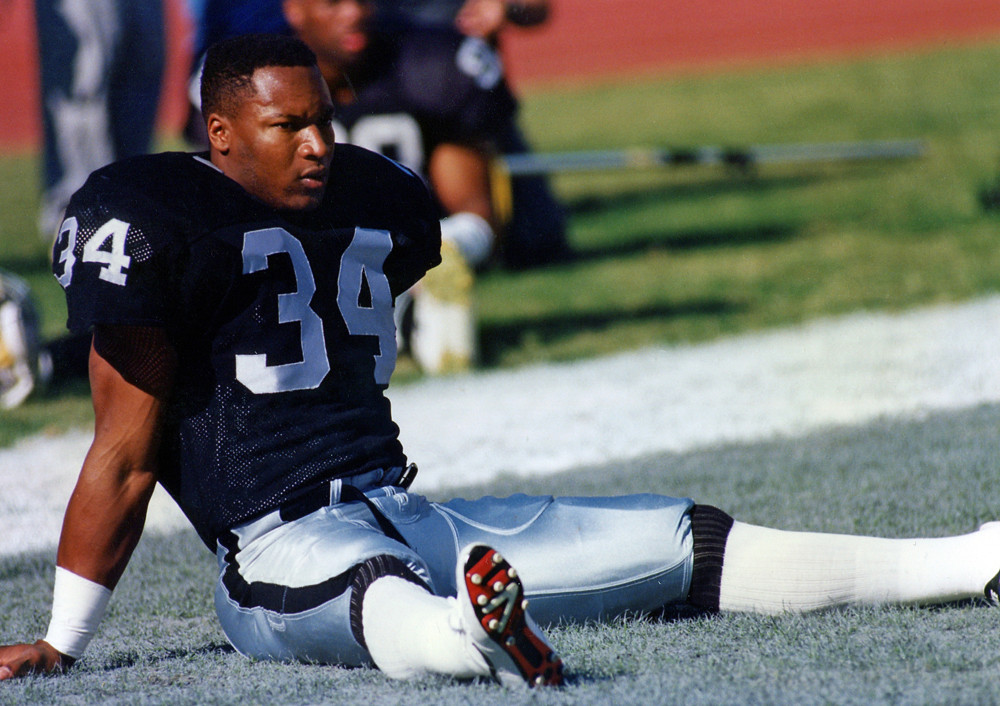 In celebration of Thuesday’s National Video Game day, I wanted to take a few moments to talk about the top-10 greatest video game athletes of all-time.

You know, the guys that you or your friends could not use if you were competing against each other, because these characters were that good. It was all good when you were playing against the computer. That is when you realized just how majestic these video game athletes just really were.

Now, maybe I’m showing my age with some of the games listed below, but this should be fun. One other note for your internet trolls out there: I’m limiting these characters to guys we could actually play with ourselves, thus eliminating guys like Mike Tyson and Tiger Woods!

Now let’s take a trip down memory lane and check out the guys who we all agreed to avoid:

Many of you reading this might not even know who Okoye is, but if you watched the NFL in the ‘80s-’90s, you know who the “Nigerian Nightmare” is. Okoye, who played for the Kansas City Chiefs, was known for his ability to break tackles, and that is exactly what he did in the game. No matter how many defenders tried to tackle him, or how hard your friends pounded their buttons on their Nintendo controller, Okoye was a nightmare to take down. Pun intended.

If you played with the Chiefs, Steve DeBerg was your quarterback. Not great. So literally, your only chance for success was to hand the rock off to Okoye on the majority of your offensive plays.

Roenick was so smooth in real life and in NHL ‘94. His “coolness” stuck out even through the pixelated graphics on my Sega Genisis.

In the game, he was unreal. Roenick was an all-around machine, who could score, check, and pass better than anyone. His awareness was also unmatched.

Chambers was a solid NBA player. He was a popular four-time All-Star during his career, and had a ton of great highlights from his years of playing. But he wasn’t the best player in the NBA at any point during his career. Don’t tell that to the makers of Lakers vs. Celtics, because somehow, he was the most dominant player in the game! Most notably known for his double-pump free-throw line dunk.

When “Mr. October” came up to bat you only had two choices if you were going up against him. Walk him, or give up a homerun. That is how dominant he was. If he even made contact with the ball, it was gone. Hence, why your buddies couldn’t use him when playing against you!

I’ve been playing FIFA for a long time, and still don’t remember anyone as fast or as good as Drogba in the 2010 version. Even if Drogba was off the screen when you passed it to him, he’d run past all of the defenders and catch up to the ball. But, the greatest part about using him in this game was his ability to score from outside the box. You could literally shoot from anywhere on the screen, and more times than none, Drogba’s shot would go in.

The other fun part about using him was the commentators. I swear they would chant his name when he got the ball.

The game is named after him, so of course the smooth lefty was the best player in it. Would you expect anything else?

Now picture Reggie Jackson as I mentioned him in RBI baseball above, but even better. Any contact made by Griffey Jr. was gone. No matter where it was in the strike zone.

Everyone thinks of Michael Vick when they think best video game QBs, but Young was up there. The dual-threat QB could run backwards and still bust a 60-yard run. Or, toss the football 60 yards on a dime. Pick your poison.

Considering how good Young was in college, it is only fair that he was that good in the game that featured him.

This one might surprise a few people. Most will be like “who the hell is Dowd”? Here is the backstory.

Barry Bonds withdrew from the MLBPA licensing agreement in 2003. Because of that, he was not in the game.

So, in the lineup came Jon Dowd, as Bonds’ replacement. As a player, Dowd had the same power as Bonds. Anytime he hit the ball, it was a homer. But the funniest thing was, Dowd had complete opposite makeup in the game. Dowd’s character was Caucasian, right-handed and without the big arm padding that Bonds often rocked during the season.

Either way, he was a beast.

Ahh, the memories. Vick is probably No. 1 on most people’s list as the best video game player to use ever. And, who could argue? Think my Vince Young description above, but times 3. It didn’t matter what play you called. It could be a run or a pass. The beauty was that Vick could literally scramble for a minute on your screen before tucking it and taking off for a 100-yard run. If you tried to spy him, he could act like he was running, but then stop on a dime and toss an accurate 80-yard laser.

If anyone used Vick, you’d call them a “cheater” in the game. That is how good he was. Vick was the cause of many broken Playstation controllers across the world.

I know many of you were expecting Vick in this spot here, so I am sorry to disappoint. But, before there was Madden Mike Vick, there was Tecmo Bowl Bo Jackson!

Bo was unstoppable. Jackson’s combination of speed and agility in Tecmo Bowl was absurd, to say the least. He was so good that even if your opponent predicted which play you were going to run, Jackson would take it to the house. As Bruno Mars famously said, “don’t believe me, just watch”.